What Is Flip Or Flop Star Tarek El Moussa Doing These Days? 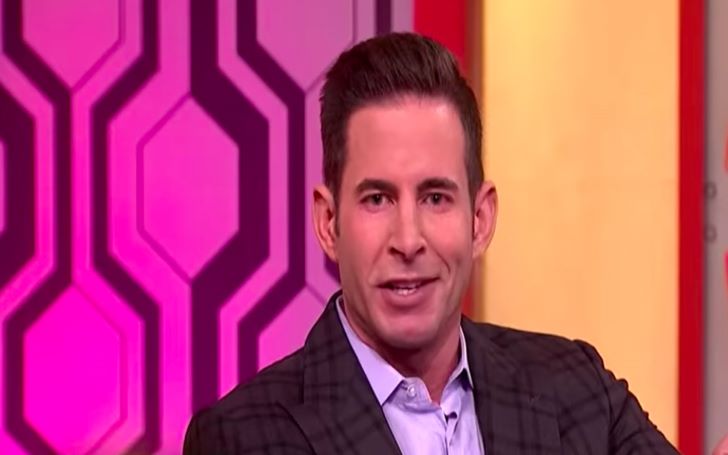 Tarek El Moussa is back with the ninth installment of the franchise, Flip or Flop!!!

Tarek El Moussa is a TV personality who came to limelight after the HGTV show Flip or Flop alongside his then-wife Christina El Moussa, (later Antwood). The show started back in 2010 and spawned a franchise.

Tarek, who recently announced his romantic relationship with Heather Rae Young to the world, is living a blissful life with her new lover. He officially revealed about his fling with Netflix's Selling Sunset actress through an Instagram post. Care to have a look!!!

Moreover, the Flip or Flop star expressed his love with a long heartwarming caption which goes as;

❤️❤️❤️ it’s official!!!! After more than 3 years on my own I’m so PROUD to say that this beautiful, sweet and talented young lady is my girlfriend! I’ll be honest and say I never thought I would meet someone special in my life after the last three years. Then...out of the blue @heatherraeyoung walked into my life.

The real state agent further added, "I just want to let the world know I met someone special that makes me want to be a better man :) So let’s all welcome @heatherraeyoung into my life. It’s still new and we are both so excited for the future!

Furthermore, Tarek, who moved from his past relationship after three years, was spotted kissing, Harley on a yacht at the Portofino Hotel & Marina in Redondo Beach, California on July 29.

What's more, the new lovebirds took a further step in their dating life and gave their first interview as a couple with People TV's 'Reality Check' on Tuesday, August 13. Check the clip of their interview!!!

Watch: The interview of the newly minted couple

Besides, Young does not mind her beau, Tarek working with his ex-wife, Christina. Likewise, she might be moving to the Orange Country in order to be with her new boyfriend.

Unfortunately, their marital relationship took a tragic end as they got divorced on 2017, citing irreconcilable differences. However, Tarek and Christina are still friends and still run the HGTV show, Flip or Flop.

Christina moved on quite fast in her life and even got married to English television presenter, Ant Anstead in a secret wedding. The pair will welcome their first child together in 2019.

Meanwhile, Moussa announced his new HGTV show, 'Flipping 101 w/ Tarek El Moussa' who is set to premiere in early 2020 and consists of 14 episodes.

What's more, he will mentor real estate rookies, share all the lessons he’s learned about successfully flipping a house for profit in his new show.

On the other hand, his former wife, Christina is also hosts her own show, Christina On The Coast. Likewise, she recently announced the season 2 of this show will premiere next year.