Which Is The Strongest Material - Black Panther's Vibranium Vs. Wolverine's Adamantium? 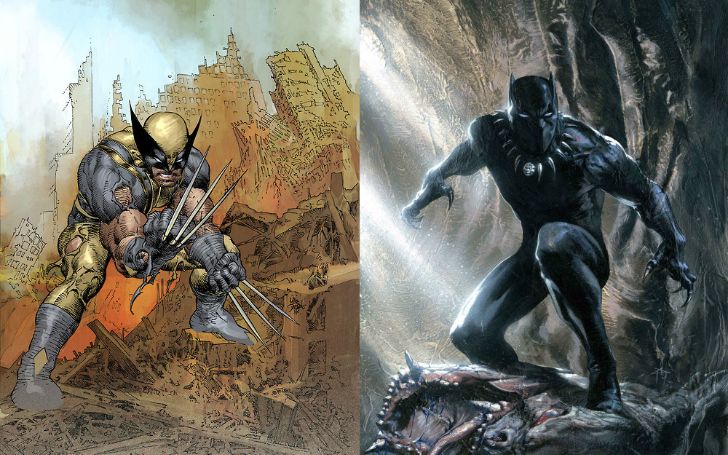 Two characters in Marvel movies have a common, very distinct feature about them, they are both dependent on fictional metal.

Ok! We know, most of all the comic book stuff is fictional, but still, some are more realistic than others, for example; we can see someone flying around in a metal suit, but the same person discovering a new material while working in a makeshift lab inside his garage, that is just stupid. 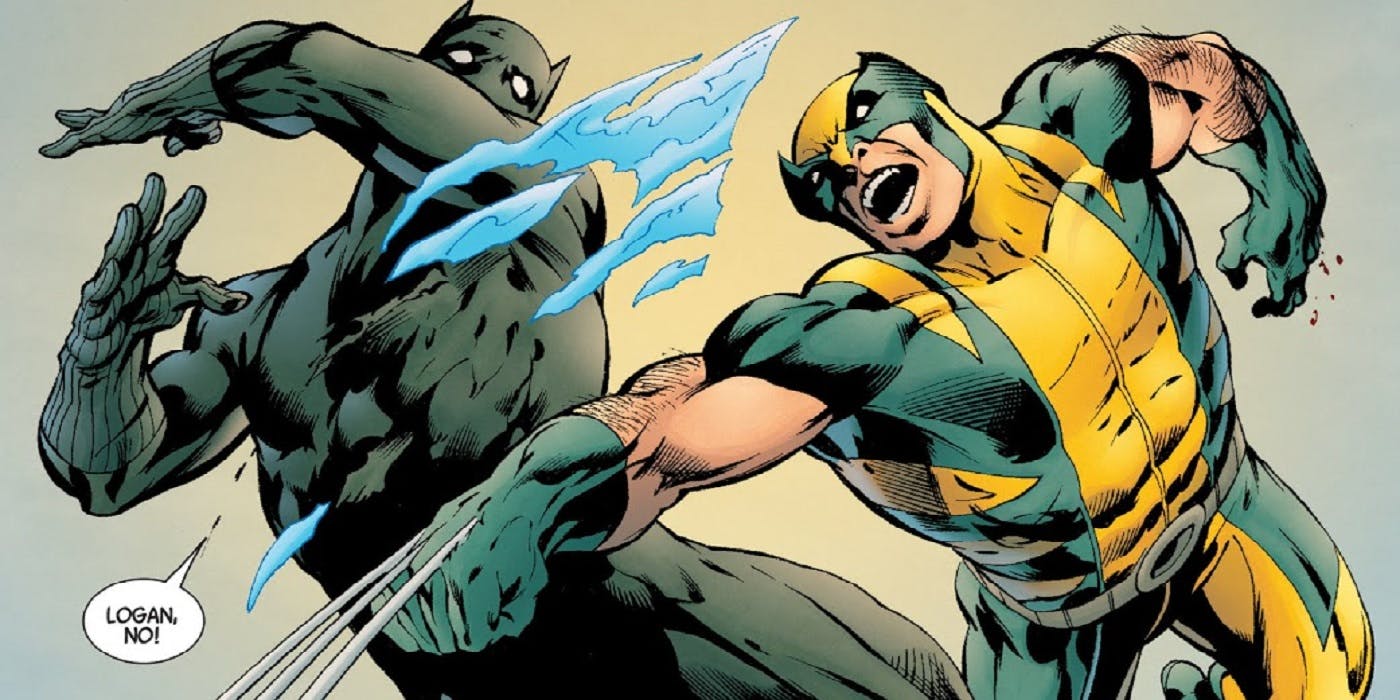 Wolverine and Black Panther have their share of fights in the comics.
SOURCE: Gamer Nation

The comic book origins of both the metals are muddled and confusing, so we are mostly looking at the use of 'Vibranium' and 'Adamantium' as it relates to movies.

'Vibranium' is a material that is not of Earth. Millions of years ago a meteor crashed on earth, Wakanda to be exact and the civilization it caused is currently the most advanced country on Earth. The properties of 'Vibranium' are simple, it absorbs vibration which is the reason why 'Black Panther' gets his Panther abilities. The reason 'Black Panther' is bulletproof is that when the bullet hits the suit, it absorbs vibration and the motion of the bullet is rendered useless. He can jump from tall buildings and still stand tall all because the suit absorbs the force.

If you have ever wondered how Captain America's shield was able to withstand the force of Mjolnir, it's because the shield is made of 'Vibranium' and it can absorb any kind of force thrown at it.

The power of 'Wolverine' is on full display in 'X Men: The Last Stand' when Dark Phoenix is destroying everything and everyone was being turned to dust, only Wolverine was able to move forward and kill 'Jean'. 'Phoenix' is one of the most powerful mutants in Marvel comics and even she was not able to kill 'Wolverine'. The one problem Wolverine has with 'Adamantium' is that in the movie 'Logan' he is being poisoned by 'Adamantium' and as he gets older he is barely been able to heal.

Watch: Wolverine is the only one who survives the Dark Phoenix

But we are here for one thing, which one is more powerful, and if we have to take a stand, we will say 'Adamantium' is the most powerful out of the two metals. 'Vibranium' is powerful but 'Adamantium' is outright indestructible.

'Adamantium' is the one thing that we have seen, has never failed. The only problem 'Adamantium' has had in the cinematic universe is that the host of the metal was dying slowly by the poisoning it was causing. One of the strongest mutants in the Marvel Universe was being slowly killed by 'Adamantium', which tells us all we need to know about how powerful 'Adamantium' is.

All we need to see now is a solo, man on man fight between Wolverine (hope they recast well) and Black Panther. After the acquisition of Fox by Disney, that scenario is more likely now than ever. When the two finally meet, we will have our answer as to what is the most powerful out of the two fictional metals of Marvel.