home Lifestyle Will Josh and Anna Duggar Have Any More Kids? Details Of Josh Duggar Children!

Will Josh and Anna Duggar Have Any More Kids? Details Of Josh Duggar Children! 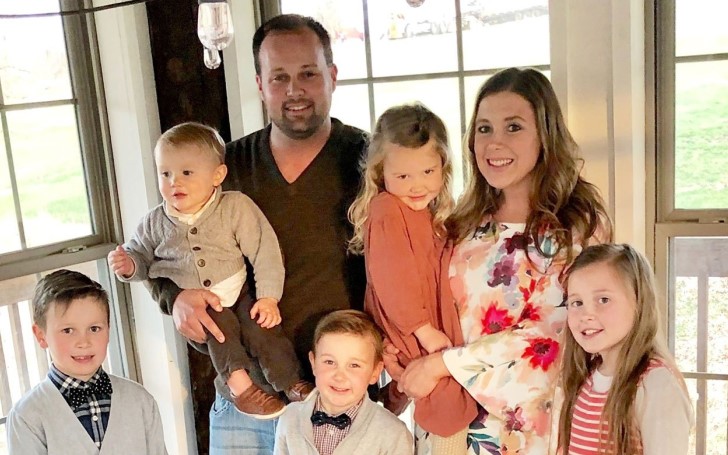 Joshua James Duggar a.k.a Josh Duggar is the eldest son of the fundamentalist family of the Duggars. The reality star also is a former American television personality, political activist, and currently has his own business in the form of a used car lot. Moreover, the second generation elder of the family is also known for his appearances on the reality television series, '19 Kids and Counting'.

Jim Bob Duggar and Michelle Duggar were blessed with their first child Joshua 'Josh' Duggar after four years of their marriage as he was born on 3rd of March 1988. Josh married his wife Anna Duggar back in 2008 and their family unit sure has increased a huge deal since then with an addition of a number of kids.

Josh Duggar and Anna Duggar have been married since 2008 and share 5 children as of now while another is on the way. The pair lives happily in the company of their big family unit. Here is the list of their kids: 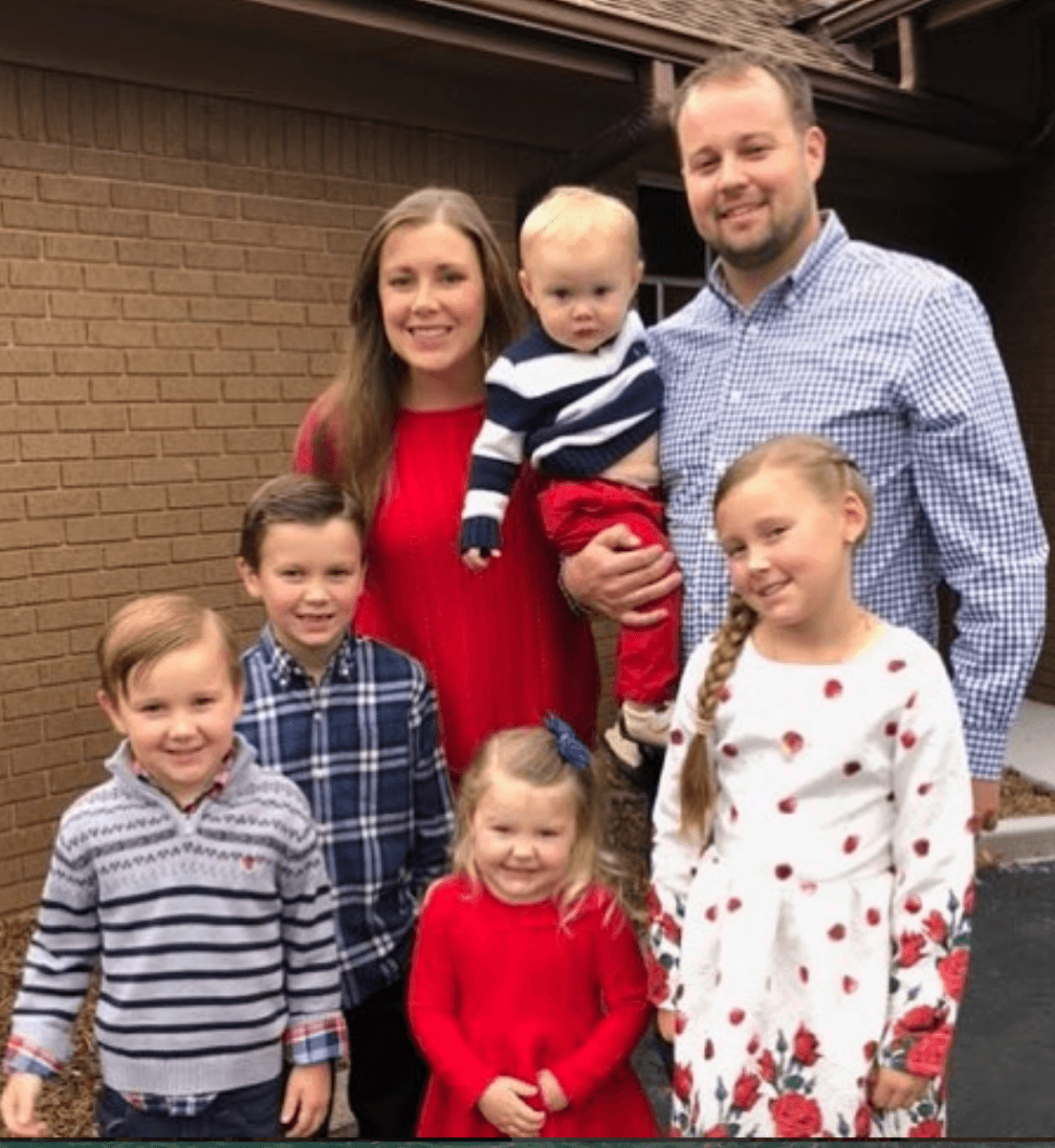 Anna and Josh Duggar with their 5 kids.
SOURCE: The Cheat Sheet

On October 9, 2009, Anna gave birth to her firstborn at the family home itself whilst provided with the assistance of a midwife and a doula. The birth happening at home was quite an unplanned event because when Anna went into labor, Anna's doctor. Dr. Amy Sarver was found to be on a vacation. So, the couple took the spur of the moment decision to have their baby at their own home instead.

Josh's family was present during the birth with mother, Michelle, and sister, Jill, assisting them. Their firstborn daughter got the name, Mackynzie Renee, after Josh's cousin Mackynzie and Anna's middle name Renee. The initial third generation of the family weighed 8 pounds and was 19 1/2 inches long during birth. The birth was the major highlight on the 18KaC episode "First GrandDuggar".

Anna gave birth to the couple's second child on June 15, 2011, at the family's home. At the time of the birth, the secondborn weighed 8 lb 5 oz. The parents decided to name the baby boy Michael James. The name was derogated from both of their fathers. Despite the couple claiming that M names are in scarce possibility, the second M name it was implied that they would be going with a letter theme. As the birth episode of 19KaC, named "First Grandson", aired across screens many fans were taken aback by the fact that Anna gives birth on the toilet without a proper midwife.

On June 2, 2013, the couple welcomed their third child to the world with a weight of 9 lb. 3 oz. To add up, the birth took place at the home of a nearby midwife. Moreover, Josh's sisters Jana and Jill Duggar were also present to make their assistance known. The minimalistic pair named the boy Marcus Anthony Duggar.

Josh said in a statement to the Today show,

"Mackynzie and Michael are thrilled to welcome a little brother, and we are so thankful that mom and baby are well. We are blessed to have our family close as we celebrate this gift from God!"

"It's not really about the number of children you have, but how well you are doing with the children that God has given you. We're really just going to take it one at a time. I don't think you can say we're going to set out and say we're going to have five kids or four or three. We have no control over that. God has the control."

The birth of the third child was featured on 19KaC episode "GrandDuggar Makes 3!"

On July 16, 2015, eldest Duggar couple of the second-generation welcomed their fourth child and named the daughter Meredith Grace. The newborn weighed 7 lbs. 14 oz. and was 20 1/2 inches long at the time of birth. Speculations have been circulating around that the child got named after Meredith Viera of the Today Show. As a matter of fact, the couple jokingly suggested that their daughter will be named after her during an interview in 2009.

Josh's mother, Michelle expressed in a statement after the birth,

"Anna did an amazing Job through labor, we are just rejoicing with Josh and Anna. Meredith Grace is beautiful and Mackynzie, Michael, and Marcus are just loving having their little sister here."

Meredith was the first of Josh and Anna's children do not have her birth documented by a TLC film crew because of the fact that the TV show was called off just days before she was born. This happened to be the case because Josh Duggar faced multiple charges of sexual assault. In fact, the birth was announced via the official Duggar family website.

Given Josh's rising unpopularity amongst fans and critics alike the birth of their fourth child didn't garner much attention while maintaining a much lower profile compared to any of the previous birth in the family.

On September 12, 2017, the Duggar family took to their official website to announce that Anna had given birth to another son, Mason Garrett Duggar. The fourth child at the time of his birth weighed 9 pounds and 1 ounce and was 22 inches long.

While another child is due November 2019, one more soul is sure to be an enriching addition to the family unit.

Will Josh and Anna Duggar Have Any More Kids?

And now to answer the question if Josh and Anna Duggar would have more children, most probably yes! Given the fact that the Duggar family does not believe in birth control, and as Josh and Anna are no different, there is still the possibility of a huge number of children looming around in the horizon.

The duo has expressed right from the commencement days of their marriage that they want as many children as God intends them to have. Given the couple's rekindled marital relationship a seventh pregnancy may be waiting just around the corner after the birth of the sixth one, of course!