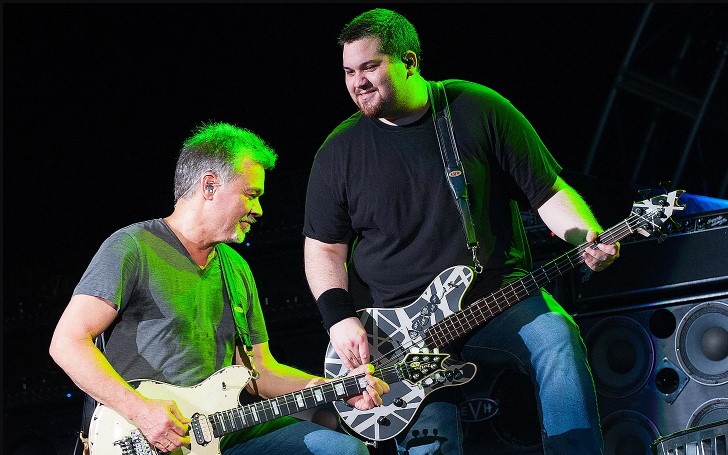 The song is titled "Distance," and it's the debut song of the American musician. The video of the song is a montage of clips from the bassist's life with his father, Eddie.

The 29-year-old musician, Wolfgang, explained the origins of the songs and also revealed it was never supposed to be his debut single. The musician, on his statement, wrote,

"As my pop continued to struggle with various health issues, I was imagining what my life would be like without him and how terribly I’d miss him."

"While the song is incredibly personal, I think anyone can relate to the idea of having a profound loss in their life; I never intended 'Distance' to be the very first piece of music people would hear from me, but I also thought my father would be here to celebrate its release. This is for him."

Wolfgang's father, Eddie, who was the legendary guitarist for the band "Van Halen" died following his battle with cancer. The bassist confirmed the death of his dad on Twitter.

"I can't believe I'm having to write this, but my father, Edward Lodewijk Van Halen, has lost his long and arduous battle with cancer this morning. He was the best father I could ever ask for."

"Every moment I've shared with him on and off stage was a gift. My heart is broken, and I don't think I'll ever fully recover from this loss. I love you so much, Pop."

You May Also Like: "Space Force" Season 2: Netflix Gives the Green Light for the Show