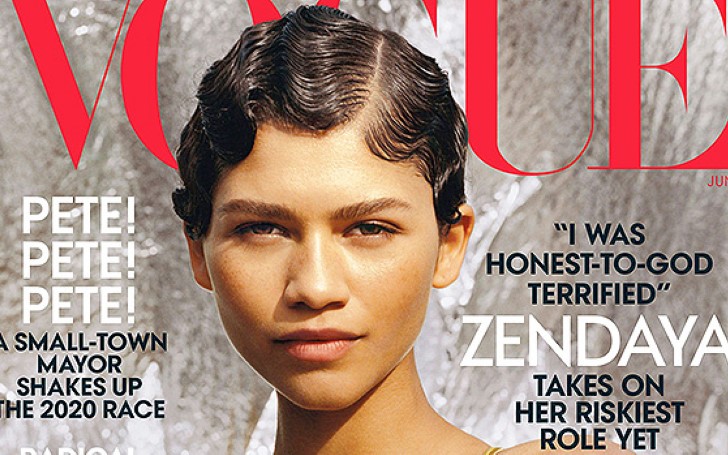 The 22-year-old actress Zendaya Coleman has evolved her fashion over the years, sure, but the common thread that remains is a clear understanding of versatility.

Gracing the cover of the June 2019 issue of Vogue—for the second time, we might add—the American actress looks flawless with no makeup. 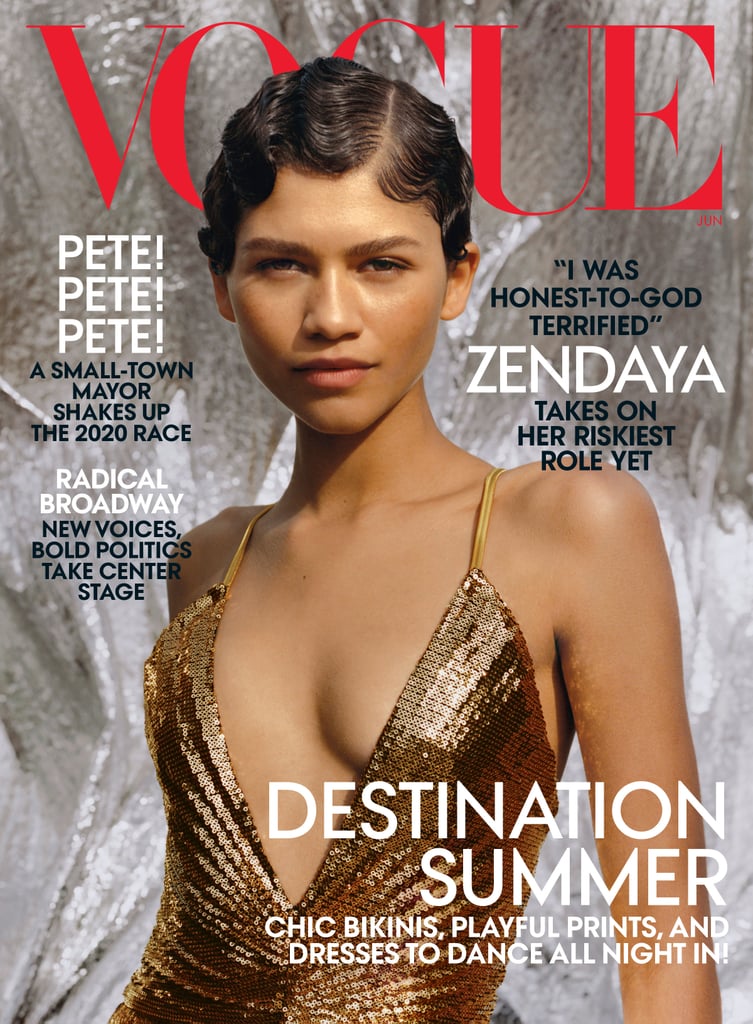 On the cover, The "Euphoria" star donned a gold sequined dress that stole the show as Zendaya went completely braless under the spaghetti strap, gold sequin Ralph Lauren Collection dress that including a plunging neckline reaching her navel.

In addition to her natural makeup, "The Spider-Man: Homecoming" star styled her hair in a super short, gelled finger wave style.

You May Also Like: Kendall Jenner Wows In Lace-Up Dress For The Cover Of Vogue Russia

Aside from the front cover, Zendaya is featured in the center as the cover star with photos shot by Tyler Mitchell (the young mastermind behind Beyonce's September 2018 Vogue cover)

Sticking with the naturally beautiful theme of the shoot, Zendaya slays in a bunch of different dresses that are even more fabulous, as she keeps her natural no-makeup look and finger wave hair, done by hairstylist, Kim Kimble. 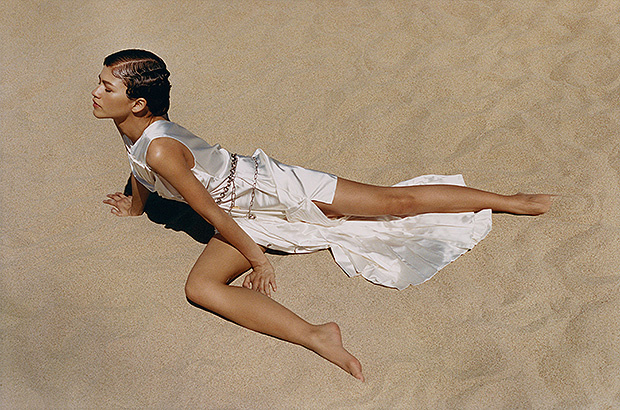 Zendaya looks gorgeous in a variety of different looks. Actress slayed in black and white faded floral Marc Jacobs dress which was short in the front, featuring on off the shoulder neckline trimmed in black feathers, while the back of the dress flowed into a long train.

The actress looks amazingly beautiful as she donned white silk Marni dress and gold chain belt lying down in the sand, flaunting her long, lean legs. 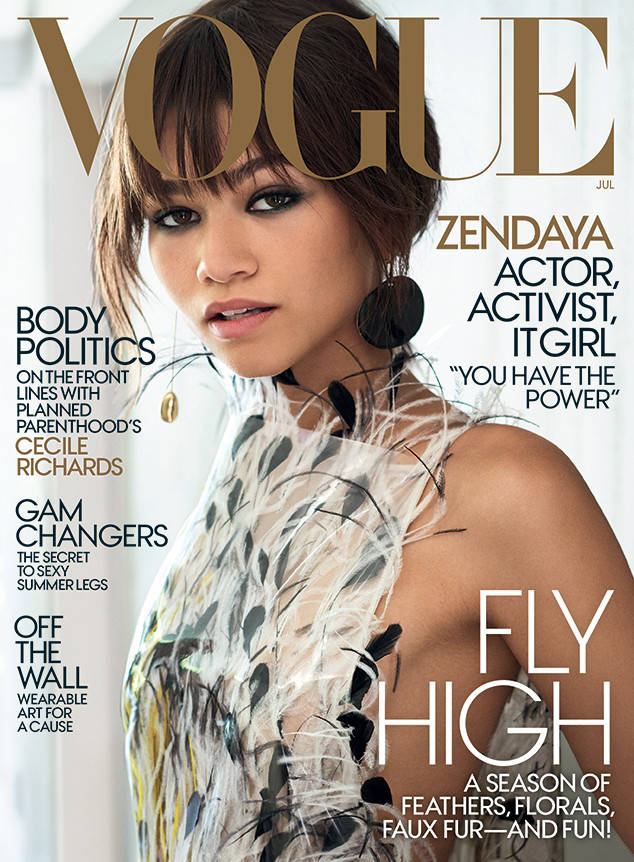 Actress Zendaya marked her Vogue cover debut with her killer bangs and stylish look in 2017.