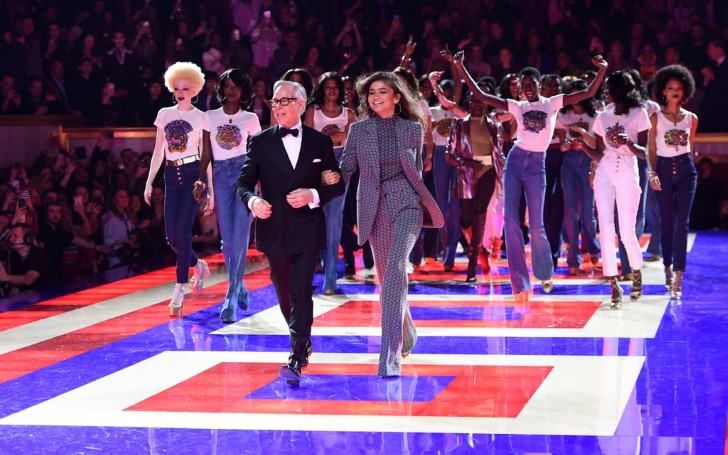 What a magical night the Paris Fashion Week witnessed this weekend.

The hardworking genius none other Zendaya deffo deserves a massive shoutout for the exceptional designs she made in a collaboration with Tommy Hilfiger.

The 22-year-old actress and singer who rose to fame after appearing in Disney channel's popular show; 'Shake It Up' alongside Bella Thorne was reported to work with the high profile designer last year. And last week at the Paris Fashion Week, her latest collaboration titled 'TommyXZendaya' finally launched. 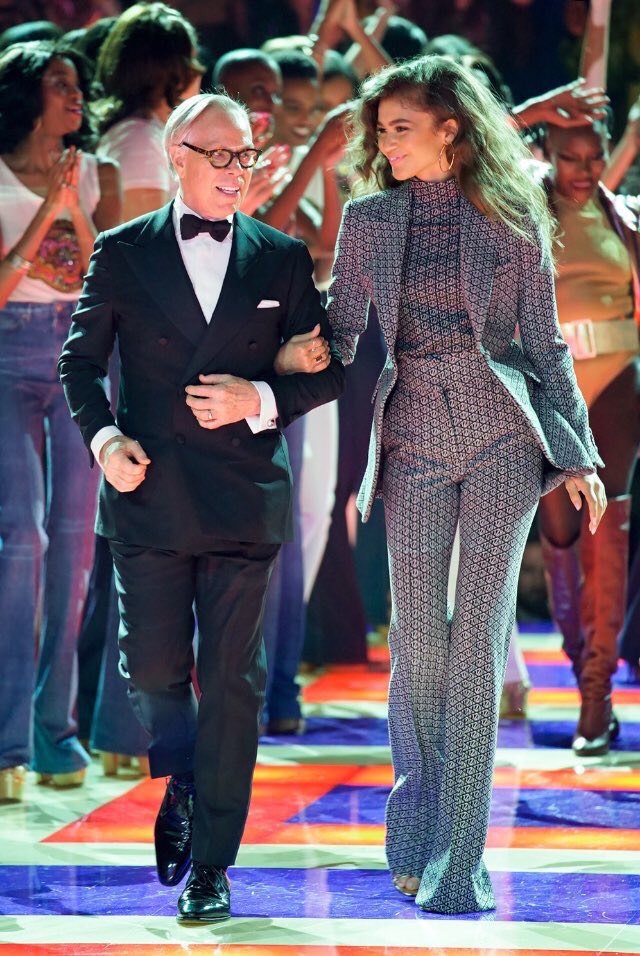 The Fashion show aimed at celebrating the inspiring women in the industry showcased tons of legendary icons including multitalented supermodel/actress Grace Jones and Pat Cleveland, known as the world's first black model catwalking the runway.

You may also like: Millionaire Husband of Model Emily Ratajkowski Accused of Exploiting Legal Loophole To Live Rent-free in New York

Besides, what made the all-black runway and the night even more special was the fact Zendaya made sure to include all size models from aged 18 to 70.

@GraceJonesOfficial brought her signature energy to light up the stage in Paris. #TommyXZendaya #TommyHilfiger #TOMMYNOW #PFW

Tommy x Zendaya brought all the 70's style disco dance party vibe into the venue atmosphere as it displayed the models donned in colorful outfits that featured several pieces from the collection including the stylish belly pants and suits.

The actress herself says her designs collaboration for Hilfiger were inspired by the 70s icons and the 1973 Battle of Versailles fashion show where French couturiers and American designers battled against each other.

Not to mention, supermodel Gigi Hadid who previously worked with Hilfiger on their 'Tommy x Gigi' project was too seen attending the show.

"Our innovative ‘see-now-buy-now’ experiential show will blend our Americana heritage, Zendaya’s confidence and optimism, and the city’s iconic elements for a truly unforgettable runway event."

Likewise, Zendaya too expressed her excitement on the collaboration in an interview last month that she was in heaven when she showed her inspiration to Hilfiger.

The 'Spider-Man: Homecoming' star also took to her Twitter account to thank the models who walked her show. 'So to every woman on that stage and the many others who weren’t, we love you, we see you and we thank you', she tweeted.

Dancer to an actor to a singer to now a designer, All the power to you. You go girl.