home Entertainment Did You Read Too Much into Anna Duggar's Birthday Post Too? Some Suspect Another Pregnancy!

Did You Read Too Much into Anna Duggar's Birthday Post Too? Some Suspect Another Pregnancy! 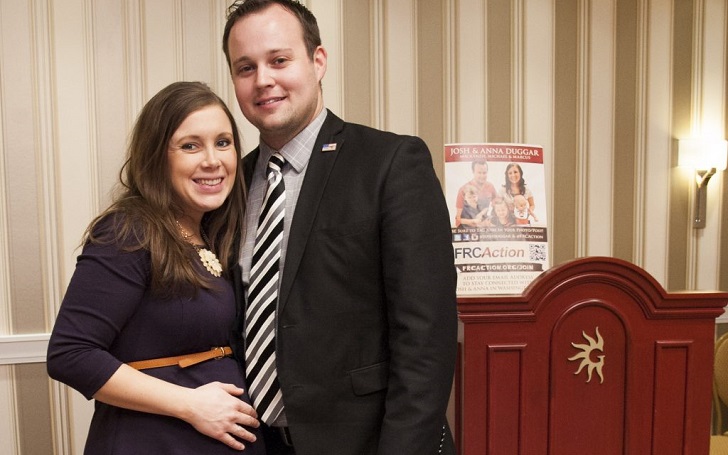 With a different nature of photos on Anna Duggar's 32nd birthday, a few commenters suspect another pregnancy on the way.

As far as who among the '19 Kids and Counting' Duggars is close to following the parents Michelle and Jim Bob Duggar's path go, no one comes close to the eldest kid in the family. Josh Duggar may have his problems in the past, but when it comes to bringing more kids into the world, they are quite ahead in the game.

Josh's wife, Anna Duggar, celebrated her 32nd birthday last week and went out with the girls for a plant-hunting exercise, even carrying her youngest child in her hand. What was that, right? She posted four photos of the day on Instagram with a lengthy caption, and many think there might be something in there to hint a seventh pregnancy for her. And it's apart from the lashes the girls got for not wearing a mask in public.

At first glance, it's a pretty decent caption, but some critics have come to think she has subtly hinted a pregnancy after six months of her youngest daughter, Maryella Hope. And another kid may be one of the "exciting things in store" for her family.

They've been moving on from Josh's past scandal.
Photo Source: Anna Duggar, Instagram

"Yes, the picture of her lifting Maryella is badly photoshopped around her tummy," another commented. While another wrote, "It's possible she could be due in January so just barely keeping that 2-year schedule."

But you don't have to read too much into the caption either. It is most likely very well another exciting post for her, whatever the difference in that from the other ones. And a bunch of the viewers agrees too.

"Anna has consistently only had a kid every other year, and she slows down more with each one, so I doubt it (though it's possible!)," one of them noted. "I think she's referring to exciting things in their extended family — more pregnancies and probably courtships coming up soon, etc."

You'll just have to wait for another news on that one, but it is as unlikely as possible that they're expecting again. Just don't read too much into things.

Stay tuned and connected to GlamourFame for more celebrity News and Updates.