Here are Some Interesting Facts to Know About Ant Glizzy 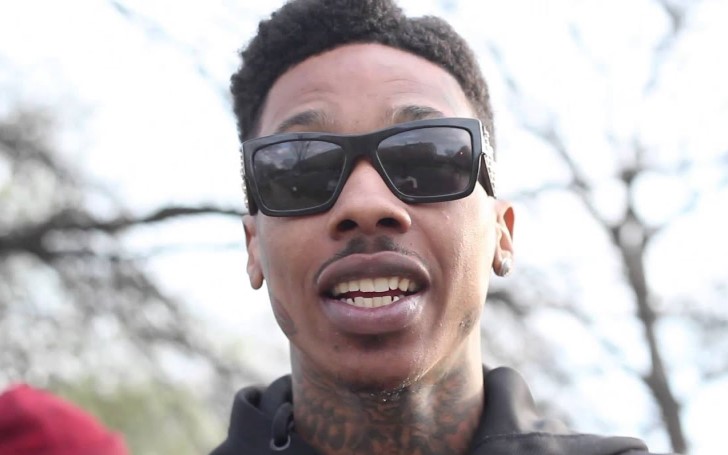 Everything we know about Ant Glizzy, his bio, age, wiki, net worth, girlfriend, and many more.

Ant Glizzy is an American rapper from Washington, DC, who was born on February 28, 1993. The 27-year-old rapper is known for his SoundCloud profile, which means he grew his audience from the same streaming network.

It's been quite a while the rapper kept posting his music on Soundcloud, but didn't receive the recognition he always deserved. But in 2015, the rapper released his first-ever mixtape, "Barbara Son."

Also Read: Is Larry Caputo Dating Someone in 2020? Find Out About His Relationship

The 2015's mixtape, "Barbara Son," really helped Ant Glizzy to get the popularity. His musical career was almost nonexistent before the mixtape, but it helped him show some growth.

According to the reports, Ant Glizzy had young parents, while his mother is still alive, Glizzy's father was shot and killed when he was just 19 years old. The rapper grew up with his mother, Barbara Amonte, grandmother, and a older brother, Marquis Amonte, aka Shy Glizzy.

The reports further suggest Ant comes from a Muslim family and grew up reading the Quran, which helped him and his brother to write rap lyrics.

Ant and his brother, Shy, has only ten months difference in age, the two grew up and learned to rap together, but with a little age difference, there were some misunderstandings between the brothers.

So like every rapper has a protege, for instance, Jay Z had Kanye West, 50 Cent had Lloyd Banks. And about this brothers' duo, they were each other's everything, brothers, sidekicks, and whatnot.

Also Read: What is 'Marrying Million's Rick Sykes Net Worth in 2020? Find Out About his Wealth and Yacht

But the problem between the two brothers arose when Shy Glizzy did not feature his own brother, Ant on his music video. Shy started around 2011 and formed the Glizzy Gang.

Shy, when he released his first song titled "Do It" in 2012, Shy didn't feature Ant following which the tension started to appear between the brothers.

Ant Glizzy is often seen connecting with his fans and friends via social media platform, Twitter. He is mostly active there, and his fans hardly miss any updates. But apart from Twitter, Ant Glizzy merely uses other social media.

Ant, however, used to be on Instagram, but the rapper once updated his fans; his account was banned from the social media platform.

And about his relationship, Ant Glizzy is probably single as of 2020. Glizzy never mentioned or talked about his love interest, if there's any, in public. So, it's assumed the rapper is single as of now.