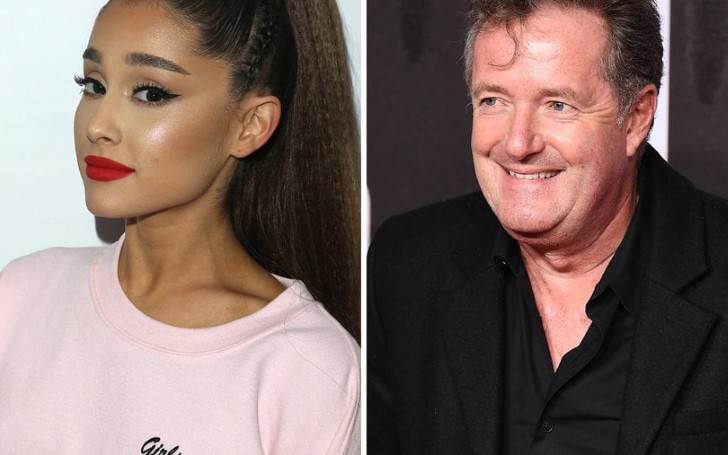 Ariana Grande and Piers Morgan settled down their Twitter feud over a dinner date.

Who could forget the giant attention-grabbing Twitter dispute between American singer Ariana Singer and the British journalist Piers Morgan that occurred in November last year, right?

In case, you can't seem to remember, don't worry, we are here to remind you of everything that happened between these celebrities.

The Twitter dispute between Grande and Morgan began when Morgan made controversial tweets against Ellen DeGeneres and Little Mix. 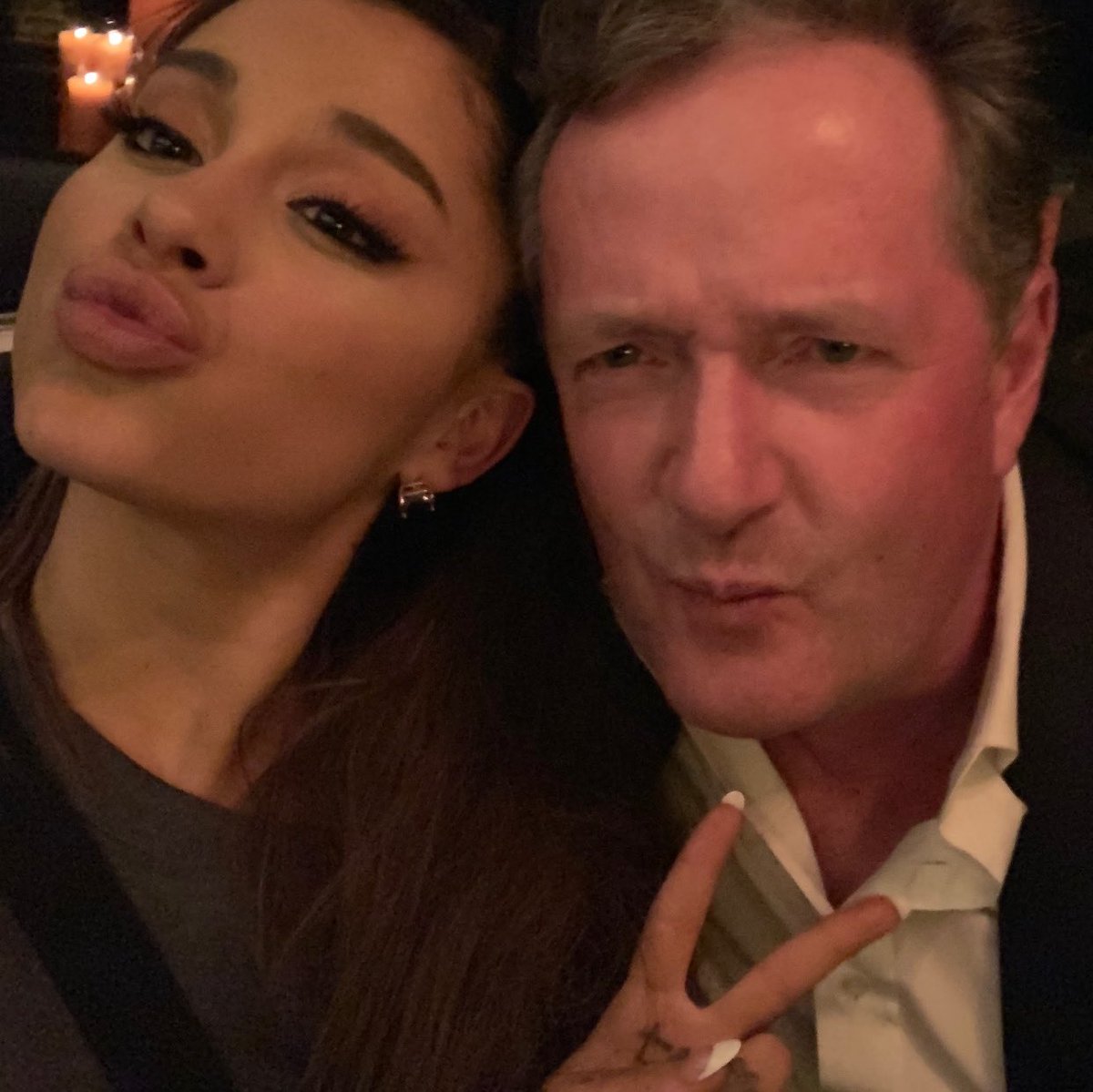 The English journalist who appears to be famous for his constant feuds with celebrities including 'Harry Potter's author J.K. Rowling, 'Game of Thrones' actress Sophie Turner, and actor Ewan McGregor, hugely criticized the British singing girl group over a nude image that was set to promote their new single last year.

You may also like: So What Will Happen To The Friendship Between Kylie Jenner and Jordyn Woods?

Likewise, Morgan dragged the reality TV host by responding to her International Men’s Day montage on Twitter by saying:

“Ellen drooling today over famous men’s bodies on #InternationalMensDay2018. Yet I’ve been abused all day for complimenting @hollywills on her legs. The hypocrisy of modern feminism laid bare.”

The next day, Grande and her mother Joan Grande fired back the reporter's tweets. Joan wrote in the defense against Morgan writing:

"Honestly what is wrong with you @piersmorgan? Didn’t your mother ever teach you, if you have nothing to say, don’t say it! You came for @TheEllenShow yesterday which was disgraceful, she is an angel. @LittleMix today, did you ever hear of paying homage? And…well never mind."

After Joan's response, Piers responded to her tweet with:

"Hi Joan, my mother taught me to speak my mind & never be afraid to express honestly held opinion. Ellen's a hypocrite - and as for Little Mix, I'd just prefer they use their talent to sell records rather than their nudity. As your own daughter does...!"

Then, the 'thank, u next' hitmaker defended her mom and criticized Morgan for his opinions. She tweeted:

"Ellen is an incredible & kind human being.. I use my talent AND my sexuality all the time because i choose to. women can be sexual AND talented. naked and dignified. it’s OUR choice. & we will keep fighting til people understand. i say this w all due respect but thank u, next."

Hearing the response from the singer, Morgan hit back again to continue the feud.

In his response to Grande he replied:

"Hi Ariana! How lovely to hear from you so soon after your mother. Of course, women can do what they like - but if they/you use nudity to sell records to impressionable young female fans, I'll continue to call them/you out on it. All due respect, but thank YOU. Next..."

Well, apparently, both the celebrities who were on each other throats last year seems to have now settled their feud.

Yup, you heard that right, and we ain't making that up. Both famous personas took to their Twitter account to share their surprised and coincidental meetup at the same restaurant in LA last night.

Fans were surprised when Piers tagged Grande in a tweet that said:

"Thank u for a great night @ArianaGrande x"

After a series of similar questions asked by the audiences 'what was happening between the two?', Piers clarified everything.

He again tweeted with a selfie that included both the stars in it. Grande can be seen doing a duck face with a Peace hand sign.

"So... we bumped into each other in a LA restaurant, she joined me for ‘a chat’ & 2 hours later we were still chatting. We laughed, we argued, she cried, I nearly did, the drinks flowed & we bonded. Turns out we really like each other. Weird. Thank u ⁦@ArianaGrande⁩ - next?"

The 25 years old singer replied to the tweet, not forgetting to thank him for the good times they both had at the restaurant.

"thank u for some laughs and some v productive conversation ! it was nice bumping into u ! #FutureFeministPiers #FingersCrossed"

In addition, Ariana too didn't step back to explain the crossover of the two. She explained  the situation to her fans:

"well............ we bumped into each other. at a restaurant. and i decided to sit with him and we spoke for a while. i think some progress was made! turns out face to face discussions are a bit kinder and gentler, even if you do indeed disagree. :)"

See too: Fans React To Khloe Kardashian's Break Up - Check Out Their Responses Including These Hilarious Memes

So, here's to the new friendship of Grande and Morgan?