home Entertainment What is Billie Lourd's Net Worth in 2021? Learn All the Details Here

What is Billie Lourd's Net Worth in 2021? Learn All the Details Here 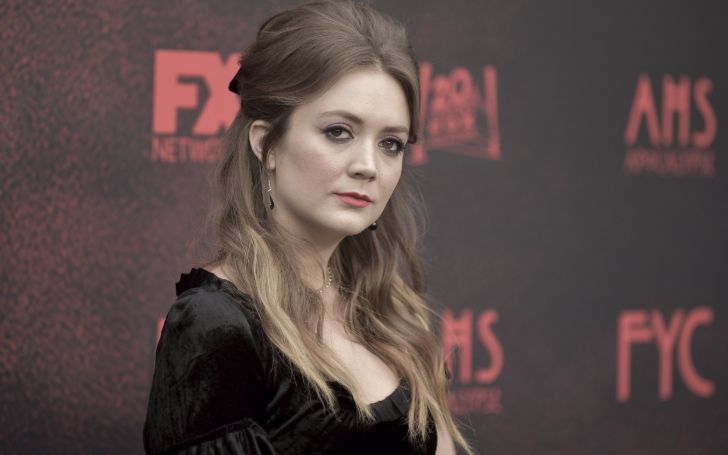 She is the only child of the late Star Wars actress Carrie Fisher and talent agent Bryan Lourd. She is engaged to actor and producer Austen Rydell. While her love life gains the most attention, fans are also curious to know her net worth in 2021 and current earnings. So we compiled the details related to her below.

According to Celebrity Net Worth, Billie Lourd's net worth is estimated at around $20 million as of 2021. She earned most of her income as an actress. As of 2022, Lourd is the same as 2021.

Billie Lourd holds a staggering net worth of $20 million as of 2021.
Photo Source: Instagram

In 2015, Lourd played Lieutenant Connix in the Star Wars sequel film The Force Awakens. Later, Lourd also appeared in the second installment, Star Wars: The Last Jedi (2017), and the third one, titled Star Wars: The Rise of Skywalker (2019). Similarly, Lourd also played her mother's character for a brief flashback in the film.

In 2015, Lourd got cast in the Fox horror-comedy series Scream Queens. Afterward, In 2016, Lourd returned to Scream Queens for its second season. Then, she joined the cast of American Horror Story in the role of Winter Anderson for the series' seventh season.

In late 2019, Lourd appeared with Neil Patrick Harris in a holiday-themed television commercial for Old Navy. On February 26, 2020, she was set to star in the upcoming movie Ticket to Paradise alongside Julia Roberts and George Clooney.

Related: What is Emily Beecham's Net Worth in 2021?

Billie's mother, Carrie Fisher, withdrew at least part of her $25 million net worth to her daughter upon her passing in 2016. In July 2017, it revealed that Billie was the sole heir of her mother's estate, which was estimated to be worth $18 – $25 million.

The most valuable asset is a large property in one of the most desirable areas of Beverly Hills, where both Carrie and grandmother Debbie Reynolds called home for many years. Billie also inherited her mother's personal property, which might include extremely valuable pieces of Star Wars memorabilia.

Additionally, she also inherited from her grandmother, according to sources. Debbie Reynolds possessed an $85 million net worth at the time of her passing. Legal experts claimed that Debbie left at least a portion of her estate to her daughter (with her son Todd receiving the other segment). By default, when Carrie departed, that amount went solely to her heir.

According to Visual Effects Supervisor Patrick Tubach, the director asked the late actress’ daughter, Billie Lourd, 30, to shoot a scene as Fisher’s Princess Leia for the latest Star Wars film.

The scene was about a flashback to a young Leia training with her brother Luke, Mark Hamill. The sequence couldn’t be shot using previous footage featuring Fisher, like the other actress’s scenes in the rise of Skywalker.

Recommended: What is 'Kill Bill' Actor Sonny Chiba's Net Worth in 2021?

“Billie was playing her mother role,” Tubach revealed to Yahoo!. “It was a saddening thing, and something that nobody took lightly that she was willing to stand in for her mom.”