home Entertainment Christina Anstead says she is done having kids

Christina Anstead says she is done having kids 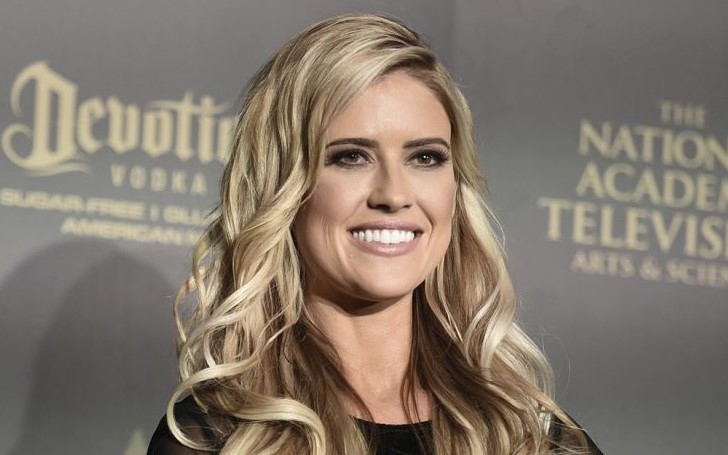 Christina Anstead of 'Christina on the Coast' revealed she is done with kids.

Recently we covered a story where Christina Anstead celebrated her first marriage anniversary with her husband Ant Anstead, which was on December 23. But it's been already two years the couple is together, and the pair welcomed their first son, Hudson, in September 2019.

Though Hudson is the first child of the couple, Christina already is the mother of two other children, daughter Taylor and son Brayden, who she shares with her previous husband, Tarek El Moussa.

Watch: Christina Anstead Opens Up About Life, Motherhood and Coparenting

The same goes for Ant too. The 40-year-old TV personality shares two kids, daughter Amelia and son Archie, with his previous wife. So, it's like the couple is taking care of five children, which sure is a tough job for them.

Also See: Flip or Flop Star Tarek El Moussa - How Much is the Reality Star's Net Worth?

The 'Christina on the Coast' star revealed to the outlet her son with Ant, Hudson, has been her "hardest" baby, which kind of made her conclude she and her husband won't be having any more kids now.

Christina said, "He doesn’t like going out. As a very busy family, that’s been very difficult," she explained. "But since he hit the 3-month mark, he’s been doing a lot better. A lot more smiles and coos and sleeping better, so I think we’re on the right track."

Moreover, the 36-year-old still works on HGTV's property flipping show, 'Flip or Flop,' with her ex-husband, Tarek. The show is already renewed for the new season, so it's pretty clear the 'Christina on the Coast' star won't have any time to look after her kids.

Though it sounded a little harsh when she said, "we are done with the kids,' she got some legit reason for her claim, and we are okay. The couple is already blessed with a son, and they kind of take care of the other four children (Christina co-parents her kids with her ex-husband), which, according to us, is enough.

And we think the couple needs time to understand each other more and make their relationship stronger. It's just been a year since the couple got married, so we can expect this statement of Christina to change in the future. Who knows.