Everything You Need To Know About Marvel’s First Openly Trans Actor Zach Barack! 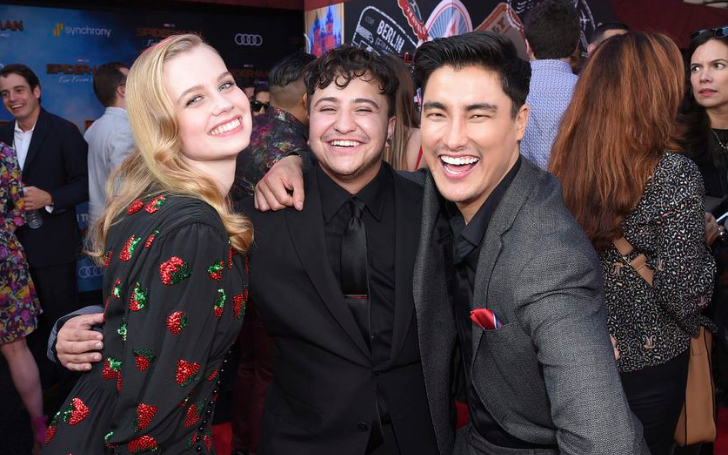 The first openly trans actor in MCU believes that there should be more representation of his experience.

For the first time, Marvel introduced a trans actor to its massive audience. Zach Barrack, who is a classmate of Peter Parker in 'Spiderman: Far From Home,' is openly a trans.

The 23-year-old first openly trans actor is from the Northern Suburbs of Chicago and has furthered has career in music and comedy.

Evanston, Illinois born actor started his professional acting career while he was study music industry at the University of Southern California.

Zach was born in November 17, 1995 and raised in nearby suburbs, Glenview. The trans actor became the first openly featured in a Marvel movie. Zach's character also name Zach is Peter Parker's classmate.

The 23-year-old trans actor saw himself in Spider-Man's story long before he was cast; he grew up with a secret that he feared might be hurtful to himself or those around him.

Zach started to split his time between working at a queer youth organization in Washington, D.C., and a cookie store after he graduated from high school.

While the actor was working at the store, no one knew or discussed about his sexuality, a double life, however, not as serious as Peter Parker's life.

Casey Tanner, a therapist, who specializes in working with the LGBTQ individuals believes that tangibility could make all the difference.

Casey hopes that the children watching the movies, especially those struggling with their gender identity will see Barack onscreen and realize that their narrative doesn't need to match Peter's confusion and strife.

The first openly trans actor is delighted to be the part of one of the best franchise of MCU, and when asked about the experience working with the MCU, the actor replied that superhero movies "feels like a trans story."

Trans actor said that superhero movies are always close to him because just like a superhero always tries to finds his identity, being a trans was a similar process for him, Finding Identity.

“It’s about separating what people know about you and what they don’t. And I think that’s something I kind of live with every day. And on top of that, I don’t see a lot of trans-masculine people on television or trans men specifically, and getting to be part of that is beyond unreal.” Zach said at last week’s premiere of the film.

Though the 23-year-old actor role in Spiderman: Far From Home got him in the limelight, this is not the first time the first openly trans actor ever appeared on the screen. Zach previously appeared in the TV series 'LA's Finest.'

The first trans actor of Chicago-area native believes that there should be more roles for trans people in all sorts of genres of movies.

“The truth is you have to put out there what people want to see and what people need to see,” he said. “And as a young person who is trans, I didn’t see a trans man on TV ever, ever, really, until I was like, 17. So having a fun movie about a class going on a trip together, and I get to be part of that, I can’t even...”, - the 23-year-old trans actor said.

The new Spider-Man movie is now playing in theatres, go and show some support to ZACH!