home Movies & TV Shows Fans Seem To Mistake Bran For Carrying The Ability Of Dr. Strange And It's Quite Frankly Getting Ridiculous!

Fans Seem To Mistake Bran For Carrying The Ability Of Dr. Strange And It's Quite Frankly Getting Ridiculous! 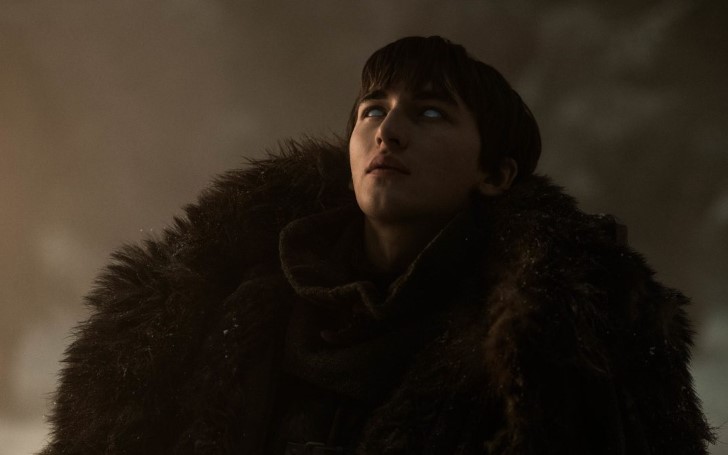 Here's why the theory about Bran knowing the outcome of Winterfell's Battle (like Stephen Strange's from Avengers: Infinity Saga) doesn't add up.

Ever since bran has changed his identity to three-eyed raven, he has uttered one phrase, “everything you did brought you to this point” to 2 characters and almost in the same way. From his saying to Theon and Jaime, we presumed that Bran (Isaac Hempstead) knew all along how it was going to end, or more precisely, he already had the idea about how exactly it was going to end.

Bran gave the dagger to Arya knowing that she will use it to kill Night King. Bran knew the sequence of events all along, and he let all of it happen, including all the good and bad stuff, knowing it will lead to this point.

Did Bran really give the dagger to Arya for a purpose?

One another fact also deserves a mention in here. In the show, the term, “many-faced-god” is defined as “the god of death”. In the House of Black and White, all the gods known to all the different people of the world of Ice and Fire have statues, portrayals of different interpretations of Many-faced-God by different individuals such as Lord of Light, Wierwood Trees and The Stranger among others.

Also Read: 'Game of Thrones' Showrunners Hint That The White Walkers Could Still Be A Threat

But here’s the thing; what if all the dead belong to the god of death, and what if the Night King takes them away from the god of death by raising them as undead. This will definitely intrude the purpose and certainly piss off Many-faces-god, and either to help the living or punish the dead, the deity would send a messenger/incarnation to end the NK.

In this case, maybe the command wasn’t directly employed by the Many-faced-god. Maybe the legends manipulated the events so that the savior is in the right place at the right time to do the deed. And that brings us to the main question; what if he is the same character (in this, Arya Stark, who is known to Melisandre as one who is chosen by Lord of the Light, and presumably also known to first men and Bran as Wierwoods.

But do all of these actually bring Bran in the league with Doctor Stephen Strange from the Avengers: Infinity War and Avengers: Endgame (when it is especially about looking the outcome of future).

Strange’s prediction indeed brought all of the fallen heroes back to life, but he did with extreme meticulousness and the utmost precision of one specific timeline as observed in Endgame.

Bran, however, was nowhere near doing a similar projection. In fact, Bran actually has far less access and ability to peep into the future than Stephen (though the Sorcerer Supreme had a full courtesy of Time Stone to thank for). The youngest Stark’s ken, on the other hand, only allows him to have mere fragments of the near future.

You May Also Like: 'The Exorcist' and 'Game of Thrones' Star Max von Sydow Dies at the Age of 90

Bran’s power especially enables him to lurk anywhere into the past timeline at any given point whilst also having the access to sneak through anybody’s ongoing incidents (Jaime's arrival in Winterfell), and perhaps alter it to some extent.

In that sense, it is absolutely ridiculous to even pit the Three-Eyed Raven in the same bracket as Dr. Strange who could almost change or at least alter any of the past, present as well as future events. Bran in his own right is mighty powerful but when you measure him up against the Master of the Mystic Arts, he, unfortunately, pales in comparison.