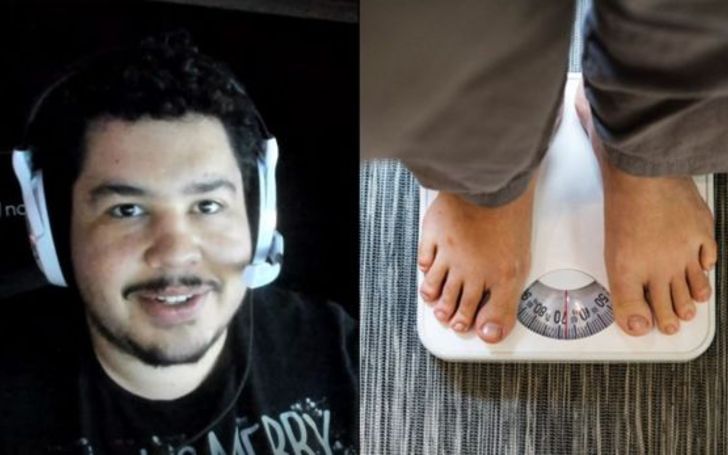 Find out all the details on Twitch streamer and YouTuber Dimitri Raymondo Antonatos aka GreekGodx.

If you are a gamer or video game lover then the name GreekGodx might not be a new name to you. The 27-year-old British gamer is known for playing League of Legends, Fortnite Battle Legends, and Elder Scrolls.

But here we will not be talking about any of his intriguing gameplays and surgery rumors but instead having a peek at the young gamer amazing weight loss journey. So without wasting any time lets get inspired and learn the techniques of how Dimitri Antonatos successfully got rid of those fats.

If you've been following the streamer then you might be well aware of the fact of Greekgodx weight loss as he was always open about his exercise regime and over-weight.

Yes, he initially weighed 369 pounds but proved himself a hardworking guy shortly burning down the fats within a year. So many of you might be curious saying, "How was he able to do it, right?" Hold on as we got the facts,

The streamer shared he used the weight loss diet Keto which we've heard from the majority of celebrities now such as Jenna Jameson, Marcus Lemonis, and so forth. Greekgodx also opted for the same strategy.

Since some followers seem to be anxious about Keto, well, its a diet program which cuts out all the unnecessary carbohydrates, sugars other fat producing substance out of the body and helps to burn the pure fat.

Find Out: David Goggins weight loss - Find Out How He Lost 106 Pounds in Three Months

The League of Legend star even took to his YouTube channel and uploaded the clip of him working hard to burn those calories. Besides his diet regime, Raymondo also performed some exercises such as jogging in cardio track, and some yoga postures.

With some slight effort, sacrifice on food, and 'continuity' he successfully dropped 70 pounds over a year. But this is still not full stop to his weight loss challenge as the streamer still tends to be slimmer and cited he was still not 'skinny'. Well, we definitely wish him luck on that as Dimitri has also been an inspiration to millions of his followers.