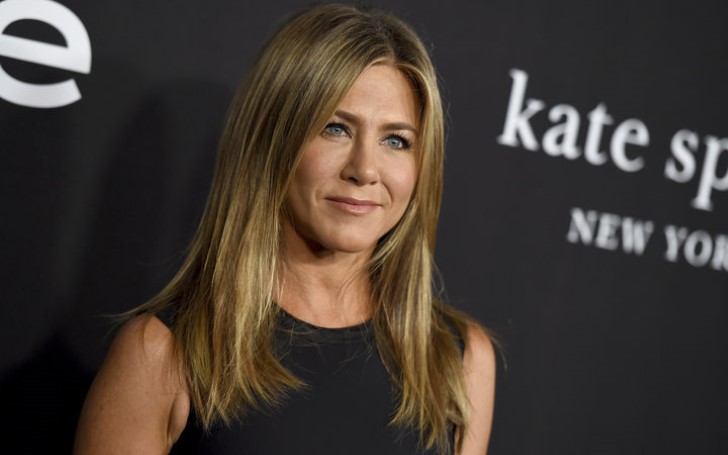 Jennifer Aniston looks beautiful in her latest photo shoot as she rocks a black bikini top and matching shorts.

Are we sure that Jennifer Aniston turned 50 in February? Because we highly suspect that.

The actress was recently found posing for her latest photoshoot in Malibu California, and we couldn't stop but look at how incredibly young and fit she still looks.

Other than sensually striking poses at her photographers in a black bra top and shorts underneath the white robe, Aniston looked very happy too to be back with working again. 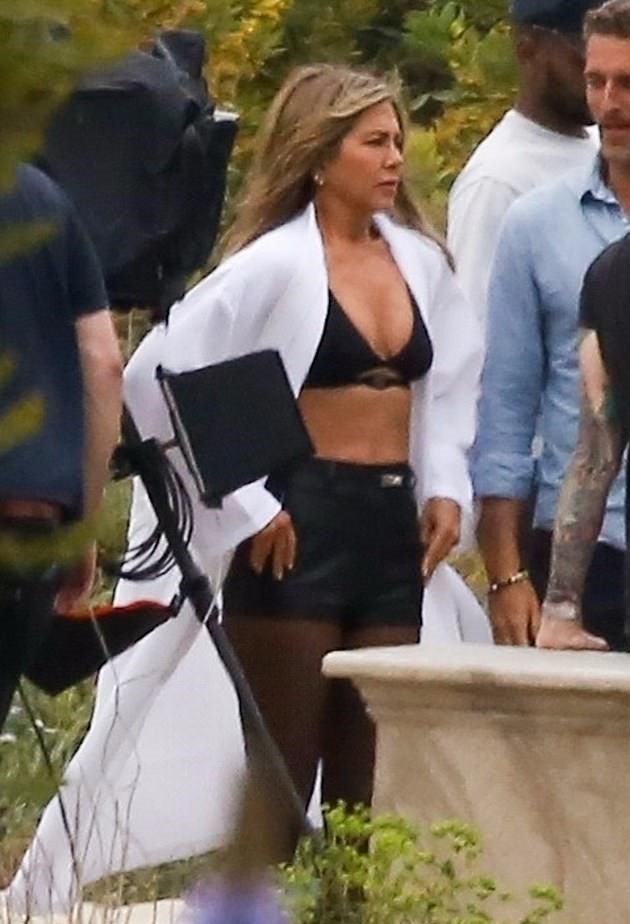 Jennifer Aniston poses in a leather bra and hotpants for a new photoshoot.
SOURCE: Daily Mail

Aniston kept her hair free as it caught in between the Cali wind that constantly kept it floating around whilst she posed from the glass balcony whilst looking at the ocean ahead of her.

The 'Friends' star didn't accessorize the gorgeous look much except for wearing tiny earrings. Jennifer then later put on a white robe in between the shoot breaks to keep herself warm from the windy weather.

Before Jen posed in the black top and pants, the actress was earlier seen in a skin-tight black latex dress for another shoot look.

As the actress daringly opted to go braless underneath the skin-tight latex dress that featured a deep plunging design, she posed happily in a few series of the shoots. 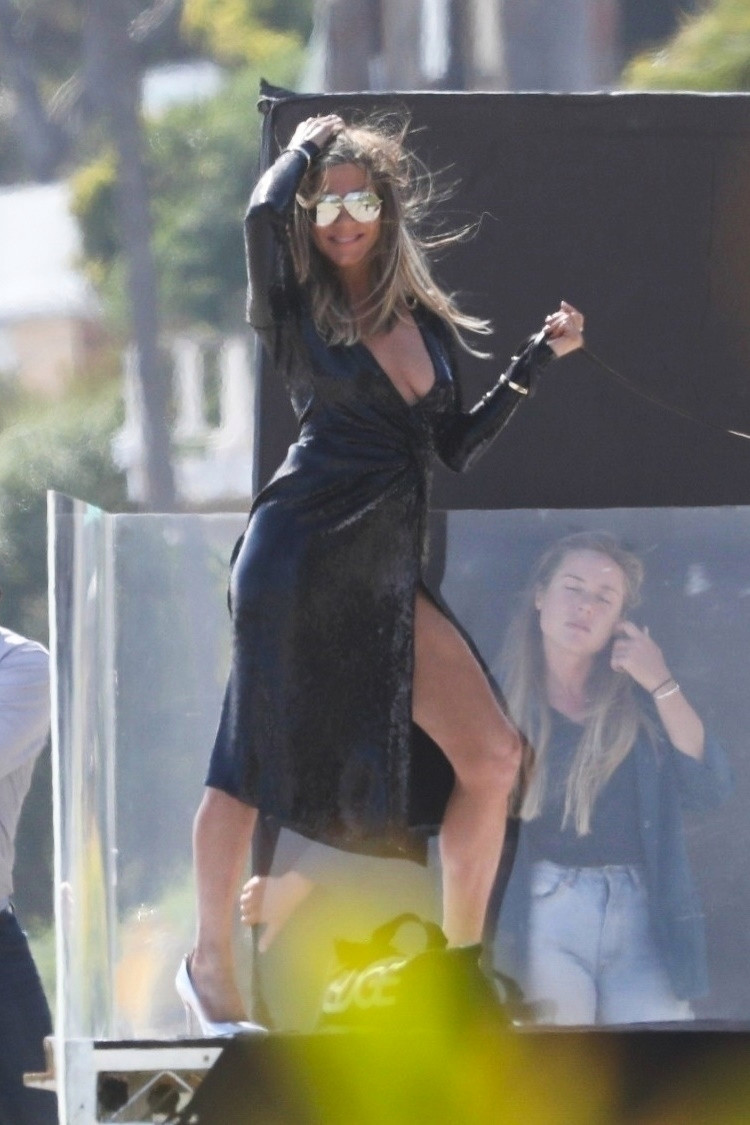 However, for this one particular look, the actress accessorized her black dress with a couple of shiny silver bangles on her wrists and also a few collections of rings she had worn on her fingers.

Jen also had her matching silver shades to protect her eyes from the harmful UV rays. Completing her daring look with a pair of metallic pointed silver heels, the actress looked ready.

Previously on February, Jennifer organized a big lavish birthday party in LA where tons of her close Hollywood friends including ex-husband Brad Pitt were among the attendees.

It was then reported that the actress rekindled her romance with Pitt. However, a close source to the actress later denied the claims and responded to the rumors by stating that the two were just friends.

See: Andrew Lincoln Could Make a Return to The Walking Dead in the Season 9 Finale

Meanwhile, Aniston is caught up in a busy schedule as she recently shared a sneak peek of her new and the highly anticipated series called; The Morning Show that also features actress Reese Witherspoon and Steve Carell. Jen announced the news during the launch of the new Apple TV+ streaming service in Cupertino, California on Monday.