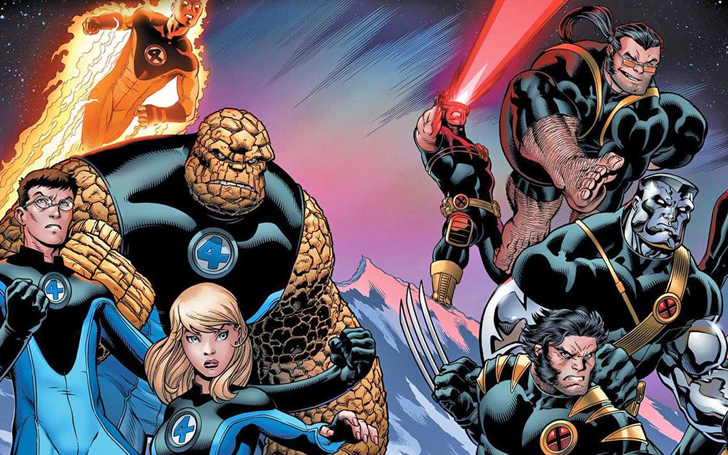 Kevin Feige teased Fantastic Four and X-Men, will they be there in Phase 5?

Inside the jam-packed legendary Hall H, people lined up for days to get in because they wanted to be there when Kevin Feige took the stage. The godfather of Marvel movies is probably one of the most influential people in the movie industry because he took a bunch of B-Grade superheroes and turned them into a $22 billion empire, the most successful franchise in the history of cinema. The magic Kevin weaved is nothing short of miraculous, and we are glad we were alive to witness it.

Kevin is a great person, but sometimes we want to kiss him and punch him at the same time. We love how he appears in conventions, and he just doesn’t come, Kevin always brings something that is worth the fans’ time, and we love his dedication of providing quality content for the scores of fans. But we want to punch him also because every time he leaves us wanting more, we can’t hate him because he gives us so many contents and then we can’t even be satisfied because he always says too little to satisfy out thirst fully.

It was the case at this year’s comic-con as Kevin took to the stage in a different format as he called actors from specific movies and did a Q&A with them for 5-10 minutes and then they were onto the next one. This was a change in the way the convention works where all the cast and crew sit down and talk for an hour. Well, Kevin gave us great content as he called out on stage the cast and crew of Black Widow who brought a clip with them, and then he asked the cast and director of The Eternals on stage as we got to see one of the most diverse Marvel castings ever. The cast of the much anticipated Shang-Chi also made their way onto the stage as the newly minted Shang-Chi, Simu Liu was brought out to talk to fans. We got numerous casts and character, and we got the name reveal of Thor 4 and also Natalie Portman as Thor. The biggest surprise was before the end when Kevin asked Mahershala Ali to come out on stage, and he was cast as the new Blade.

Those revelations were satisfying enough, we were getting tired, and then Kevin teased us by saying this;

Why did you have to do that, Kevin? We were content, we were happy, and we were ready to go home with a clear mind and a lot of happiness, and then you have to mention the Fantastic Four and the mutants.

We know Disney acquired Fox back in 2018 in a multi-billion dollar deal and as a result, Marvel was getting back Fantastic Four and X-Men. MCU was losing three of its heroes, but they were getting back the first family of the Marvel comics and the mutants. It was only a matter of time before Marvel made the official announcements to incorporate the F4 and X-Men into the MCU. We were expecting some word, but we did not want to be left in a lurch. The comments made by Feige was not an official announcement, but now we can’t help but imagine that Fantastic Four and the mutants are coming to the MCU in Phase 5.

Fans are waiting for a good Fantastic Four movie for a long time, and Kevin’s word does give us some hope that they are prepared in ways to incorporate the characters in the MCU. If Marvel were without any plan, then Feige would not have said anything relating to those two properties, but this comment assures us something is in the works.

The announcement at the SDCC was only until 2021 and Phase 4 with Phase 5 still a mystery but Disney currently occupies 65 release dates till 2027 for various Marvel, Star Wars and Disney properties and we are also getting an average of 3 Marvel movies per year which means after 2021 we are getting 18 Marvel movies which lead us to believe Fantastic Four and X-Men and closer than they appear.