Madonna is having all the fun in the world as she rocks sexy costumes in a racy video.

Madonna is back and better.

Following her five years of hiatus break, the singer finally decided to get back with a bop and honestly, by looking at the video recently released, its like the Queen of Pop who has gotten sexier than ever never really aged.

As soon as the music video for 'Medellin' dropped that has the singer licking the rapper's toes and giving a seductive lap dance, super fans of Madonna immediately started calling it artistically unique. 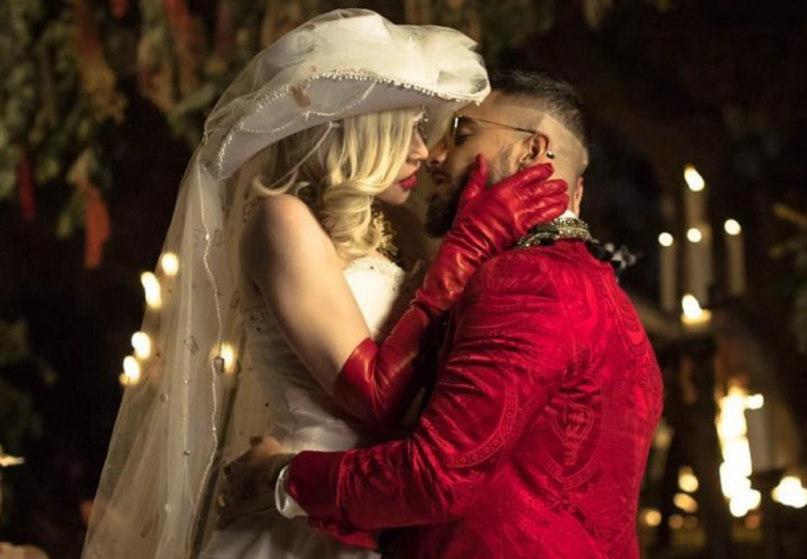 The video starts with the singer now calling herself as 'Madame X' teaching a Cha Cha dance to numerous class students.

The singer then starts grinding against the 35 years younger rapper as she smacks him repeatedly.

She then opens her mouth looking all pleased with the performance.

Madonna makes the room hotter as she spins around and thrust her backside into the rapper's crutch and wraps a thigh around the rapper's waist.

Exposing her cleavage to the fullest in the white gown, the pair is then seen together in bed.

The next scene shows Madonna sucking on Maluma's toe after putting a glass of champagne side as she stares at the camera. One of her eyes is covered by a black eye patch.

Regarding the video, the young male singer revealed how it was the American singer who influenced him to act sexual for the video.

Maluma said: "She wanted me to perform in the sexiest way possible. I initially wanted to rap more aggressively, but she said, 'No. That’s not who you are. You are sensuality."

He added: "Try to do it as if you had the woman of your dreams in front of you.' She was all about bringing out that romanticism."

The artist also said a few words on their first meeting saying how it was a beautiful moment: "I gave her a huge kiss, I took her hand, I thanked her for having made music history, I looked into her eyes and told her I was charmed to meet her."

Maluma then sweetly said: "She has a very special look in her eyes.”

In other news: You Could Get Arrested For Watching Avengers: Endgame On Reddit

Madonna unveiled the steamy video of 'Medellin' during a live-streamed event at MTV, in north London where she opted for a Bondage-Style BodySuit, Fishnet Tights, and Eye-Patch
Copy.