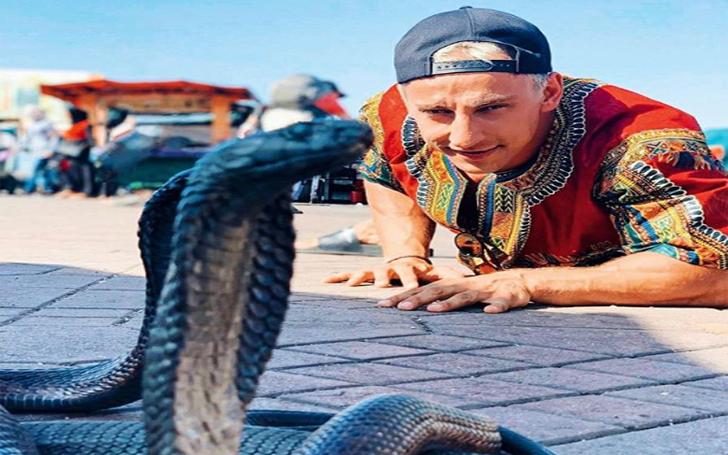 Daredevil stunts were not enough and now Vitaly is getting in a cage with a lion and a tiger.

Artist do a lot of things to entertain their audiences, to give them enough so people will come back and want more. But audiences’ voracity can sometimes be a curse, and one of these days, in the quest to outdo yourself, performers are going to harm themselves. For Vitaly Zdorovetskiy the limit of his performance is nowhere in sight, so keep on doing what you’re doing, and one day we will feel guilty for pushing you too far.

Before the day arrives, let’s just enjoy the madness and ridiculousness of the man everyone knows as Vitaly. It seems like we are living vicariously through him, but even we are not stupid enough to jump in a cage with a lion (and a tiger). This is exactly the thing mad Vitaly would do and IS doing in the latest video posted on his Instagram.

By now, you probably know we are obsessed with Vitaly and his Instagram page as evidenced by our plethora of articles on the man with a camera. He started his career as a prankster and ever since his first zombie prank video, the man is still going, but the way he marketed himself and amassed an enormous networth is the stuff of legend.

The lioness chases him around and finally brings Vitaly down by biting on his arm. He gets tossed to the ground, and you can hear the guys behind the camera giggling at the grown man Vitaly screaming like a 12-year-old kid.

The video then switches from the lioness chasing Vitaly to a Tiger who bites on the leg of the prankster when he tries to climb the fence and get out of the compound. All the while, he is screaming, and the tiger is trying to pull him down from the fence.

With his hands holding the top of the fence and Vitaly crouches on top of the fence but the tiger keeps on climbing and almost bite Vitaly’s butt. When the tiger stops and sits right below the terrified prankster, Vitaly screams to the camera, get me out of here, and the video ends there.