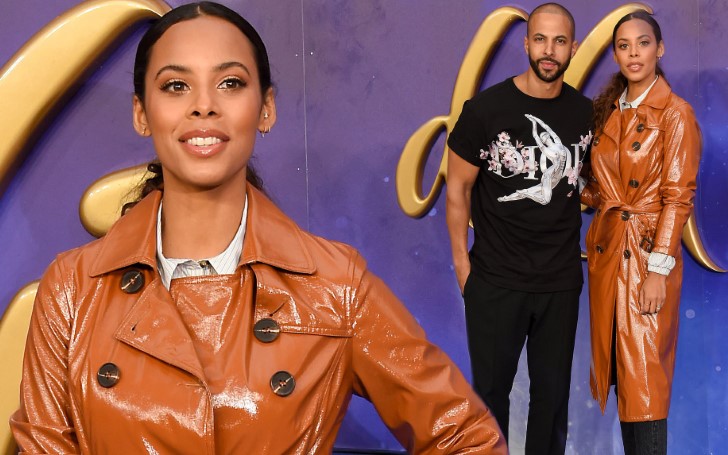 The Saturday star Rochelle Humes was spotted with husband Marvin Humes at the Aladdin European premiere.

The TV presenter carried out her stylish look in an orange leather mac over a white blouse and black skinny jeans. She paired out her flawless looks with her brunette tresses tied in a low ponytail and towering pair of black heels. 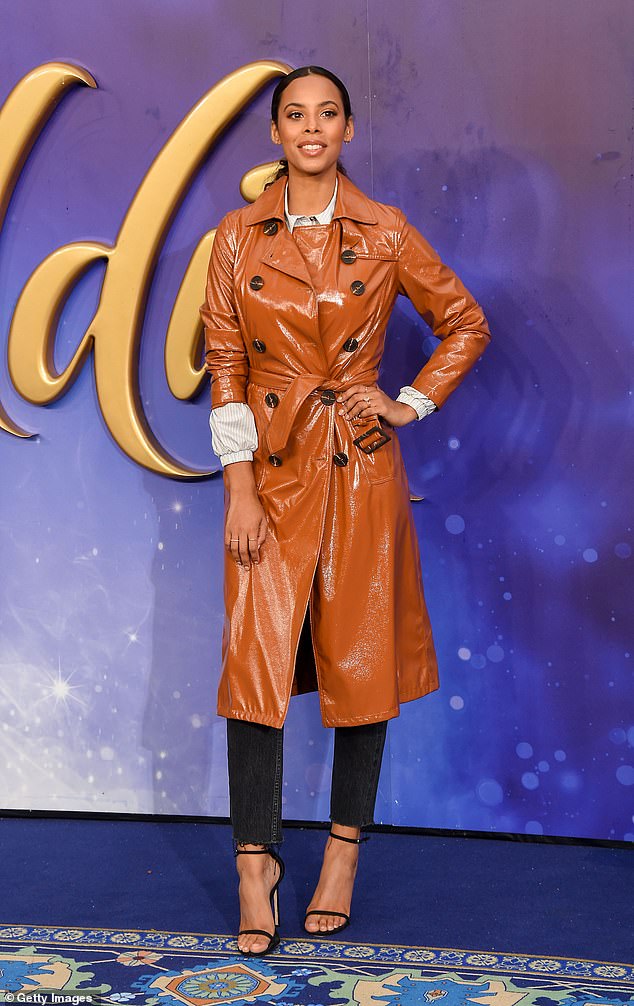 When it comes to accessories, Rochelle rocked her looks in a natural way as the actress used a few ornaments such as earrings as well as rings on her fingers.

Disc Jockey Marvin Humes was no less stylish than his wife as he wore Christian Dior T-shirt, which he teamed with black jeans and black shoes. Humes finished off his look with shiny black leather shoes.

My Aladdin, swipe if you don’t believe me...✨

The duo slayed the star-studded ceremony as they cuddled up for photos at the glitzy event. As soon as the power couple arrived on 'magic carpet' at the event at Odeon Luxe Leicester Square, London, they captured all the media limelight as well from their celebrity friends.

The Aladdin European Premiere was held at Grand Rex in Paris, France where the plethora of famous faces at the gala such as Megan McKenna, Montana Brown and Katie Piper. including the film's stars Will Smith, Naomi Scott, and Mena Massoud, who play Genie, Princess Jasmine and Aladdin joined in.

TV presenter Rochelle first met the love of her life in her teens and revealed she was originally warned off dating Marvin by the manager of her former girl group "The Saturdays" when they started dating years later.

During a candid interview with host Jonathan, Rochelle divulged: 'We met actually when I was younger, when I was probably about 16. Nothing like that.'

'Fast forward a few years on, he was in JLS, I was in the Saturdays. We were at a club, and they had put all the bands together.'

"The Ninja Warrior UK" star went on to reveal Marvin's cheeky wooing tactics: 'I went to the toilet and my bag was on the chair. He took my phone out of my bag, called himself from my phone and got my number.'

'It’s weird. He’s got the last laugh because I married him, but it’s weird. In a creepy, restraining order way', she joked.

WOW!! Well that was a trip to remember with my favourite people on earth. I love my making memories with my little team...until next Christmas we shall miss you Maldives ✌🏾✌🏾✌🏾✌🏾✌🏾✌🏾✌🏾✌🏾✌🏾✌🏾

The mother-of-two, who shares Alaia-Mai, 5, and Valentina Raine, 2, with the fellow presenter, admitted the couple went against her manager's wishes and dated while their groups were rising to stardom.

'We were doing really well at the time', she shared. 'I remember having this meeting with our A and R manager, and I remember him saying to us "it’s going really well, it’s quite hard for girl bands because girls have to like you and not feel intimidated...

Recommended: Game Of Thrones: Here Are All the Reasons Season 8 Episode 4 Sucked!

'"The only thing you can do to mess this up is date someone from a boy band. If any of you date JLS then you’re screwed." We were sort of dating in secret', the brunette beauty added.

This beloved couple tied the knot in 2012 after dating for 2 years and being engaged for seven months. The duo is set to celebrate their seventh wedding anniversary in July.