Simpsons Creator Matt Groening Confirms A Second Movie Is On The Way! 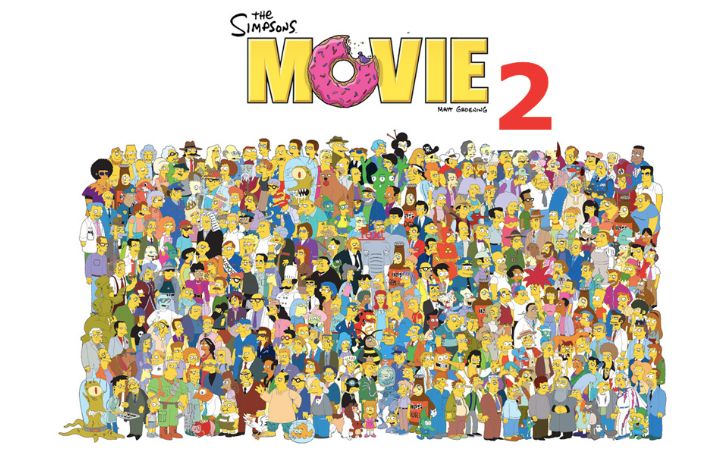 Coming back to this year's Comic-Con International held at San Diego, show creator Matt Groening shared, "No doubt there will be another Simpsons movie one of these days. I think Disney wants something for its money."

Profound details regarding the movie is yet to be unveiled, but he shared about Disney's recent $71.3B Fox acquisition, which was predicted long ago by The Simpsons back in 1998.

Furthermore, Groening, 65, added that the first movie didn't quite hit the expectation the creators were expecting from the world's longest animated show.

Matt shared a few words about the previous part, "This is a true answer. The first Simpsons Movie almost killed us".

"We didn't have a B-team waiting to do The Simpsons Movie, so the same people who wrote, animated, voiced and did the music for The Simpsons TV show also did the movie. That was in 2007. We're almost recovered, almost."

Well, we sure do hope this time the movie will shatter the box office record as Disney/Fox collision also adds little excitement to the upcoming Sequel.

Besides, this was not the only exciting news we heard at this year's Comic-Con. Another top announcement reads Marvel Cinematic Universe's upcoming phase 4 movies which includes Natalie Portman as the Lady Thor in the fourth installment, Shang-chi, as well as Blade remake.

Are We Likely To See A Simpsons/Stranger Things Crossover In The Future?  >>>

So, are you excited for the new Simpsons movie? Well, let's see what the film delivers us this time. Stay tuned to find updates on the news.