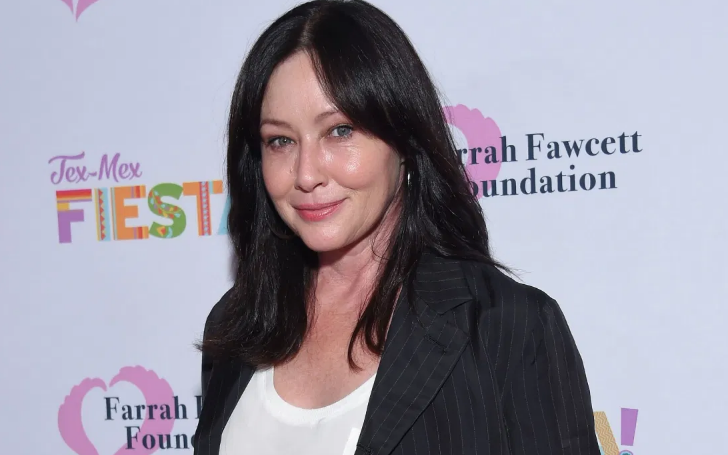 It was devastating to find out 'Beverly Hills, 90210' actress, Shannen Doherty, is diagnosed with stage four breast cancer and dying, as she stated on her report. But still, on her difficult time, State Farm thinks the BH:90210 actress used her cancer diagnosis to gain sympathy in a legal document.

On her defense, the actress explained the legal documents would disclose her cancer diagnosis anyways, so, rather than people knowing it from the reports, she wanted the public to know from her first.

Apparently, Kurt Iswarienko's wife has an ongoing lawsuit against State Farm, as she previously sued it after the 2018 Woolsey Fire, which according to her, severely damaged her house in California.

The Beverly Hills: 90210 actress further added she paid out of her pocket for losses, which she believes, otherwise should have been covered by the insurance policy.

Also See: Fern Sutherland - Some Facts to Know About 'The Brokenwood Mysteries' Actress

Doherty said, "My house was severely damaged. You walked into the house, and it just reeked of smoke. I tried, I communicated with my insurance company. I got passed around from claims adjuster to claims adjuster, so I ended up suing State Farm, and the result has been one of the most horrific processes I have ever been through."

While State Farm revealed, a statement filed, the actress, which read, "plaintiff's plan at trial to garner sympathy by her contention that State Farm must rebuild her entire house because she has breast cancer and COPD."

Moreover, State Farm also claimed in court documents that they already paid over $1 million to clean and repair the plaintiff's house and personal property for temporary housing and furniture rental. Despite all that, State Farm revealed the actress still alleges she is entitled to additional benefits under her Homeowner's policy.

On Thursday, February 6, 2020, Shannen's attorney responded to State Farm's allegation and said, "hat line – and I wonder where it comes from – is just another example of continuing inexplicable hostility, contempt and unreasonable behavior toward its insured."

The attorney further added, "Shannen's health is not only relevant (to the case), but also the amount of time State Farm is taking from her. … She is dying. Her life is finite right now. So the fact that they're taking her time right now is just as egregious."