Teen Mom 2 - Will Jenelle Evans Ever Live a Normal Life? 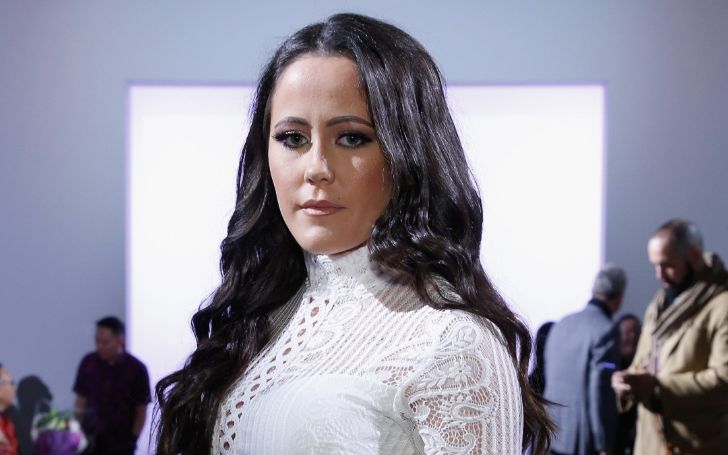 Seeing all the drama in the Jenelle Evans life, we wonder if she would ever live a normal life?

If you have been following the former Teen Mom 2 star Jenelle Evans, then you might be aware of all the scandals that popped in the family.

To begin with, her psychotic husband David Eason who rooted up all the traumas and tensions in the family.

Life hasn't been so good since Jenelle tied the knot with Eason on September 23, 2017.
SOURCE: The Cheat Sheet

If you remember, Jenelle who was fired from her prominent show Teen Mom 2 after Eason threatened MTV casts and crews with a warning to not come close to his house or wife for the shoot.

Subsequently, the news which shook the whole internet about Eason allegedly shooting and killing their bulldog 'nugget.'

The incident impacted them losing the custody of their children and other various heating problems.

So, the Question We All are Wondering - Will Jenelle Evans Ever Live the Normal Life?

To be honest, the family seems adorable.
SOURCE: @j_evans1219

To be precise, it depends on how both the partners change their image and most importantly, their habit.

We can see their efforts too, since soon as Jenelle regained the custody of their children, they shared a clip of being kind to the farm animals and adopting two new puppies.

The mother-of-three has always been in troubles with her past relationships. Those who are unfamiliar with the news, Jenelle's first-child Jace was born in 2019 from father Andrew Lewis, who later ditched the young mother.

Similarly, Jenelle didn't wait long and married a guy name Courtland Rogers in 2012 and separated shortly after. Evans even had an abortion from the relation.

After the traumatic split, Jenelle was seen dating Nathan Griffiths with whom she shares a son Kaiser. Following the birth of her son, Jenelle soon parted ways.

The recent one is David with whom she shares daughter Ensley born in 2017. The reality star is often questioned about her parenting abilities with Eason.

Shortly after all the hectic troubles they had to go through, Evans celebrated her son's 10th birthday handing a bunch of toy guns which again accused both Jenelle and David of their inappropriate parenting.

On the soft side, Jenelle threw herself a pity part citing every traumas and incident she had to go through.

If she stops all the hating incidents in the family, then we sure do hope Jenelle will breathe the air of peace again like good old days. And we sure do hope for this to happen.

Stay tuned and connected to find updates on the Entertainment articles on Glamour Fame.