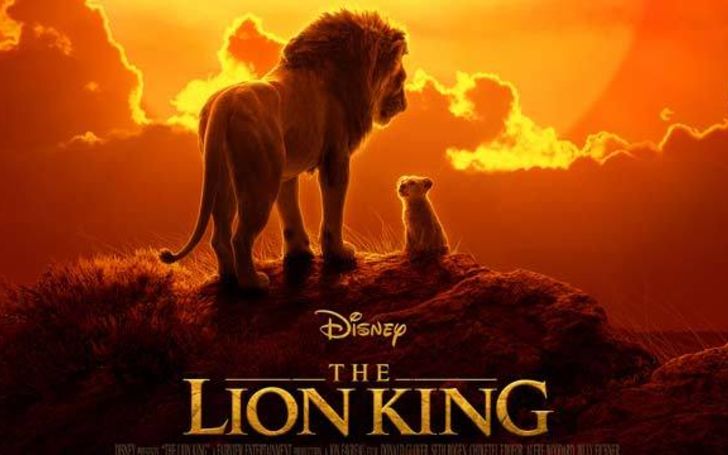 Be ready to witness the fun/adventurous drama, thriller and some tragedy animated musical journey in the new boot of Lion King that is sure to make you nostalgic.

Welcome to the jungle, where Lion King rules the world. The movie narrates the same classic story created by Disney back in 1994.

Before we dig into the original soundtrack used in the movie, let's start with this fun and amazing feature song the glamorous Beyoncé, 37, dedicated for the film.

The computer-animated remake consists soundtrack featuring songs from the original by Elton John and Tim Rice and performed by the film's cast.

So, in the article, we have come up with all the phenomenal music that the new Disney remake has sparkled in one of it's best tales.

Check out all the tracks of The Lion King from the movie.

In the IsiZulu language, 'Nansi ingonyama bakithi baba' – meaning 'There comes a lion.'

The beautiful rendition of the movie soulfully used 'Can You Feel the Love Tonight' as the introduction to the jungle where The Lion King, 'Mufasa' is the king and son Simba (JD McCrary) introduced to the world. The song played during the beginning of the movie

The soundtrack plays after Mufasa tells his son Simba that he's going to be next to sit on the throne.

Disney has classically shown the musical drama without compromising the flavors of those good '90s. The song is performed by JD McCary, Shahadi and John Oliver.

The evil and vile Scar (Chiwetel Ejiofor) who was the next in line for the throne if Simba was not born then assembles the army of Hyena — carrying an evil intention to kill Mufasa and Simba.

The original "Be Prepared" soundtrack is a song written by Elton John and Time Rice. The song was initially performed in the film by Jeremy Irons, with Whoopi Goldberg, Cheech Marin, and Jim Cummings.

In the remake, the song is splendidly sung evilly and thrillingly played by the magnificent singer/actor Chiwetel Ejiofor.

Hakuna Matata (From "The Lion King"/Audio Only)

One of the most entertaining songs as well part of the move. Simba meets two of Disney's beloved character Timon (Billy Eichner) and Pumbaa (Seth Rogen) as he leaves the Jungle after Scar allegedly kills Mufasa.

All frightened and carrying the guilt of responsibility for his father death, Simba then runs off the jungle and goes to another land where Timon and Pumbaa leaves. The place filled with laughter and joys, dance and music 'Hakuna Matata' which mean no worries for the rest of your day.

Billy Eichner, Seth Rogen - The Lion Sleeps Tonight (From "The Lion King"/Audio Only)

Times passes Simba (Donald Glover) is a grown up charming lion now and a part of the Timon and Pumbaa family.

Simpsons Creator Matt Groening Confirms A Second Movie Is On The Way! >>>

The song ends in an thrilling scene where Nala (Beyonce) shows off finding Simba. Billy Eichner and Seth Rogen amazingly sing the song.

The song pops right in after Nala comes searching for Simba to the pride lands, adjoining a desert as the vile Scar with his evil troops of Hyena rules over their homeland.

Meeting after such long time the track pops in as Simba shows his long parted love around his new beautiful land.

At the end of the story, Scar gets eaten by his evil troops of Hyenas after Simba drops him off the cliff. The Jungle blossoms again with happiness, all animals are happy to get Simba back as the King.

Simba also is a responsible father and the loving husband who then lives happily ever after - 'Hakuna Matata'.

Well, if you are Disney tale lover and been fascinated with Lion King tales, then it's sure watch-watch movie. The fantastic animation rendition movie with the same classic movie plots are sure to end you with smiles.

The photorealistic remake is directed and produced by Jon Favreau produced by Jeff Nathanson and 'Walt Disney Production'.

Is Harry Styles Set To Play Prince Eric In The Little Mermaid Remake? >>>

Stay tuned to find out more intriguing articles and updates of the latest movies and TV shows.