Top 10 Chilling Scenes In Game Of Thrones That Still Gives You Goosebumps! 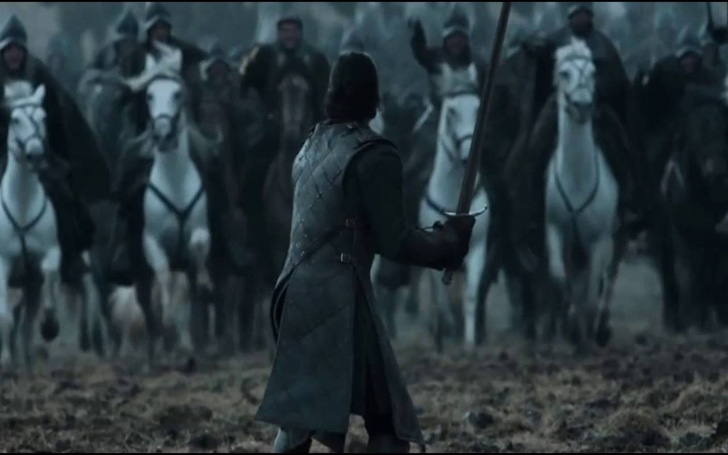 We have come around on the show, the initial impression and anger for the show's final season are still somewhat fresh in our hearts and minds. But Game of Thrones gave us so many moments so many deaths and misery over the years; it is imperative for us fans to judge the demerits of the final season against the merits of numerous great episodes of the show, over the years.

The ending of Game of Thrones was hurtful when you go back and watch some of the clips of the past episodes. Still, it is beautiful to remind ourselves about the last great moments of the show.

The memories are still fresh about the creators' betrayal towards the fans, but we want to reminisce here, so let's take a back seat and remember some of our favorite episodes. Here is our list of top 10 chilling scenes in Game of Thrones that still give you goosebumps.

This one didn't give you goosebumps because something unusual was about to happen on screen. This episode was more chilling and heartbreaking because people who had not read the books were waiting for someone to save Ned Stark. That maybe he makes his escape, but it was not to be, and his head rolled on the wooden floor, and the numbness we felt was just unexpected.

As the battle in the episode 'Watcher's on the Wall' raged on there were a few who went down the tunnel to stop a giant from entering Castle Black. The fighters are scared, and one of them wants to run away, but as the giant slowly enters the tunnel, the men of Night's Watch find courage by saying their vows out loud. Just writing about this brings chills.

Daenerys opens the fighting pits, and she is there with her advisers to see the men fight in the arena. Then all of a sudden sons of harpy attack the stadium. Daenerys is trapped inside with some Unsullied, and her bodyguards as the Harpys surround her a scream comes from skies above. From the smoke, 'Drogon' appears and attacks the sons of harpy.  He lands near Dany and then allows her to mount him then flies her out of there.

This whole episode is goosebumps heavy, as the Night's Watch arrives at Hardhome and when the dead attack the gates are closed, the people beyond are trapped, and there are goosebumps all over our body. Then the epic moment happens when Jon's sword stops the Night King's lackeys sword. Then finally, the goosebumps of all goosebumps when the Night King raises the dead.

Season six finale of Game of Thrones is one of the very best of the series as a whole. One of the most epic moment was when the Arya arrives in Riverun as no one. When 'Walder Frey' asks her sons to come forward Arya wearing a working girls face tells Walder they are there and shows a finger inside the pie. Then she removes her face to show Arya underneath and right before she slits Walder's throat, she says, "My name is Arya Stark. I want you to know that. The last thing you’re ever going to see is a Stark smiling down at you as you die." That was chilling!

The Sept of Baelor is not exactly a rousing scene as it takes ten whole minutes of build up. What makes this scene chilling is the presence of music by Ramin Djawadi and as the music crescendo, the entire sept goes up in flames. That was cold as well as a chilling moment for the whole series.

4. Jon Against The Whole Bolton Army

The Battle of Bastards is one of the most epic battle sequences in the whole show, but this scene happens before the battle even starts. 'Rickon' is released before the battle, and Jon rides hard to rescue him, but 'Bolton' kills him, and Jon stands there in the middle of the battlefield. The Bolton army attacks and Jon stands there with his sword out and time slows down. That one stand of "I don't give a f**k anymore" is epic and gives goosebumps every time.

As the 'Tarly' and 'Lannister' armies are returning to the King's Landing, they stop to take some rest. But then a light sound is heard in the distance, the ground starts shaking, and the Lannister army sees the Dothraki hoard coming down the hill. To top it all of, Drogon and Daenerys also arrive, and you can see the terror in the eyes of Lannister army. This is one of the best scenes for us to rewatch. This act by Daenarys feels like a villanous turn and when we take into fact what happened in the final season this was a major turning point.

Oh god! What do we even say about this scene? Don't lie; we know you cried when you realized how 'Hodor' got his name. Hodor is holding the door, and he is speaking the words he hears from 'Meera', and a good kid, a healthy kid in Winterfell, becomes damaged. 'Bran' broke Hodor, but Hodor saved Bran.

1. Daenerys Speaks To The Unsullied For The First Time

As Daenerys is trying to raise an army to take west in her battle against Westeros, she trades one of her dragons for an Unsullied army. Then she addresses the army in valerian, to the surprise of the slave masters. She then orders the Unsullied to kill all the masters, and when she gives her speech, you bet, the hair on our hands and necks were standing.

Also Read: Game Of Thrones Creator Believes Prequel Show Is Unlikely To Be As Successful As Original

Some of the most epic scenes in Game of Thrones bring joy, tears, happiness, sadness that is why this show will always be one of the greatest. Maybe people can find it in their hearts to forgive the creators for one misstep.