home Lifestyle Who Is Justin Guarini's Wife? When Did The Couple Get Married? How Many Children Do They Share?

Who Is Justin Guarini's Wife? When Did The Couple Get Married? How Many Children Do They Share? 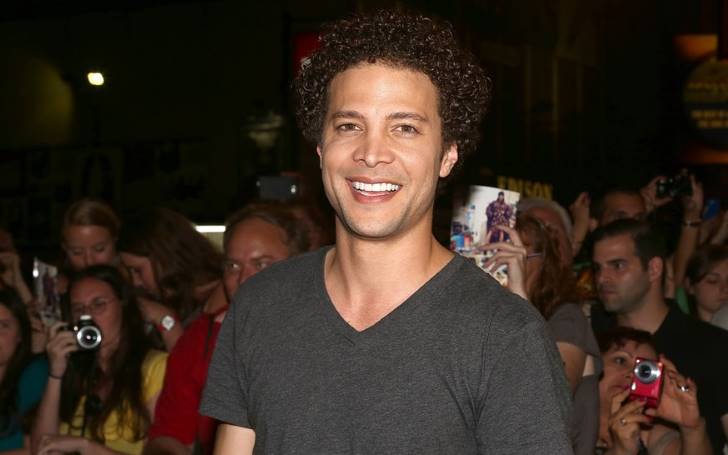 Justin Guarini is the runner up winner of American Idol's first season.

Justin, however, was taken care of by his mother and stepfather, Jerry Guarini, a physicist, which is the reason why he didn't take his biological father's surname.

Since his childhood days, Justin was always active with his musical activities. He would regularly take part in school choirs and was even a part of The Midnight Voices, a capella singing group, from the year 1996-2000.

Despite attending a musical school and his passion for music, his music career took a big turn after he auditioned for the foremost season of American Idol which premiered in 2002.

Although he didn't win first place in the competition, he won millions of hearts through the show. Quickly after finishing his American Idol journey in 2002, the singer landed on a big opportunity to work with RCA and released his first self titled album the following year.

You may also like: Who Is Danny Cooksey's Wife? How Long Has He Been Married? How Many Children Does He Share?

Besides, his first self titled album, Justin Guarini went on releasing more other albums including Stranger Things Have Happened (2005) and Revolve (2008).

Today, Justin seems to have taken a break from his musical career, as he appears to be more focused on working as a host, actor and a theatrical performer. But, what about Justin's personal life? Is he married? Let's find out below.

Who Is Justin Guarini Married To?

Justin Guarini and his wife Reina Capodici on their wedding.
SOURCE: E! News

Justin Guarini is married to wife Reina Capodici. The couple tied the knot in 2009 after dating for three years. Justin and his wife Reina met in high school but the pair only started dating in the mid-2000s.

Guarini's intimate wedding took place near their Pennsylvania home at a private venue on the Delaware River in front of their close friends and families.

As for Reina's professional career, she is a writer and a tarot reading expert. Mrs. Guarini appears to be very fond of photographing, animal and traveling. The beautiful blonde woman is quite active on social media too where she usually updates her day to day life activity.

Recommended: Who Is Neil Patrick Harris' Husband David Burtka? Learn The Details Of Their Relationship!

Justin Guarini shared two children with wife Reina Capodici. The couple waited for two years to welcome their first child. Adding colors to their happily married life, Justin and Reina had their first child, a son on 26th April 2011 and named him William Neko Bell Guarini.

Making it the family of 4, Guarini's wife gave birth to their second son, Asher Orion Guarini, on 25th Feb. 2013.

Besides, William and Asher, Justin is also parents to his stepdaughter, Lola Mae, his wife, Capodici shares with his ex-boyfriend.

Also see: Is Game Of Thrones' Melisandre Actress Carice Van Houten In A Relationship? Who is Her Boyfriend? Does She Share A Baby?

Justin Guarini's Past Affairs and Girlfriend

In 2014, Justin confirmed to news outlets announcing that he was romantically linked with his American Idol co-star, and the winner, Kelly Clarkson. The love story of the two began when the two were filming 'From Justin to Kelly', a romantic musical comedy released in 2003.

Besides Kelly Clarkson, Justin Guarini was also involved with Tamara Gray, a fellow contestant, and the fourth-place runner-up. The two dated on the set of American Idol but broke up by the end of the show.

Don't miss: Who Is Game Of Thrones' Ser Davos Actor Liam Cunningham's Wife? Details Of His Married Life And Children!

Meanwhile, Justin Guarini and his wife Reina Capodici are still going strong and happily married for nearly a decade.