Disney+: Is Aaron Taylor-Johnson Coming Back as Quicksilver in the Disney+ Show WandaVision? 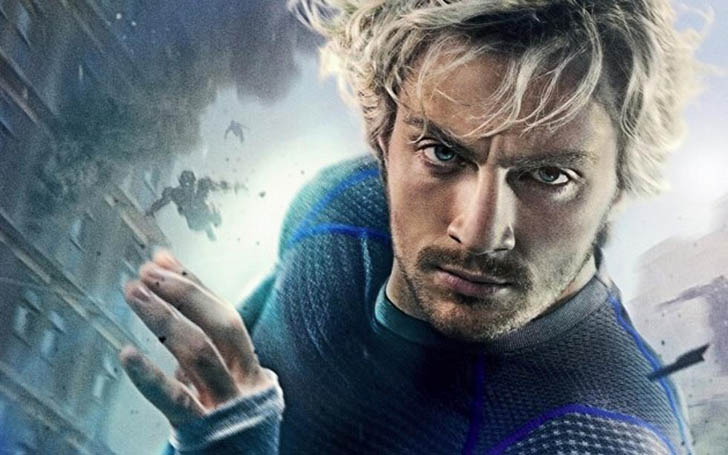 Aaron Taylor-Johnson is not sure he will be appearing in the Disney+ show WandaVision.

Disney+ was launched this month, and the flagship Disney streaming service came up with a lot of nostalgia-filled content to keep the audiences busy for a while. They also flashed the face of Baby Yoda across everyone’s face, and he is all the talk of the meme world right now. So, it is safe to say Disney+ has been able to keep a tight lid on things and keep the audiences engaged.

But this early barrage of nostalgia and the adorable 'Baby Yoda' is only going to last for so long, and the studio, as well as the infant streaming service, will need to come up with new things to make sure the subscriber rate does not go down. There is a vast library of content when it comes to Disney plus the recently acquired 20th Century Fox; still, the audiences need new things to make it worth their while of paying a monthly subscription fee.

Watch: Baby Yoda is all the fuss in the current social media buzz

To this extent, the people at Disney are relying on Marvel to produce content for the streaming service at a steady pace so they can keep peddling new things to the paying customers. And Marvel is not disappointing anyone at all because they announced five TV shows coming to Disney+ during the Marvel presentation at the comic con.

Then Kevin Feige took to the stage at D23 again and introduced three new shows joining the lineup of the already illustrious group. The shows are also said to be costing north of $150 million, which is pretty expensive for what will amount to six to eight episodes long series.

Watch: The announcement of three new shows coming to Disney+

For people interested in the MCU, Disney+ subscription is a must because, according to the head of everything Marvel at Disney, Kevin Feige, some shows will directly link with movies in Phase 4. But the one crossover we are extremely excited about is between Doctor Strange and 'WandaVision' show.

When 'WandaVision' was first announced at the comic-con, Kevin said the events of the show would lead to the sophomore movie of Doctor Strange, which got us excited. Then they revealed the movie is going to be a horror flick, which is a first for the MCU, and then at D23, some more information was revealed.

Watch: The announcement of WandaVision at the comic con

According to the tone and the look of the footage released at D23, the show will be based in the 50s. This is significant because there is a story in the comics where Wanda uses her power to build herself a new reality where she is with her husband, Vision, and their kids. We know Wanda is one of the characters who suffered the most alongside Thor in the first 11 years of the MCU, and the plot point makes sense.

A person can only take so much when it comes to punishment, grief, and pain, which leads to the question of whether Wanda will conjure up her dead brother in the new reality to make herself whole? Wanda’s brother was killed in Sokovia while trying to save 'Clint' from being killed by a clone of 'Ultron.'

Watch: The clip of Quicksilver dying in Sokovia saving Clint

It is possible the character is brought back in the 'WandaVision' series, but the actor who played the character, Aaron Taylor-Johnson, is almost certain he will not be making an appearance in the show.

In a talk with Screen Rant the actor said, “I think we're both open to possibilities, like the Marvel Universe has been over the years, but obviously yes, I'm aware of the Disney+ platform, and all of the shows that are going and I'm still in touch with a lot of the people. I mean, I think it's safe to say that no, I'm not gonna... there will be no appearance of me coming out or Quicksilver appearing anytime soon.”

Maybe it is just smoke and mirror on the actor’s part to disguise his appearance in the show, but the series is still in pre-production with the plot points still being ironed out. So, let’s not rule anything out at this juncture, and also it would be nice to see 'Quicksilver' again in the MCU.

Before you leave, make sure to head on over to our Movies & TV Shows section for all the latest updates on the small and large screen projects of the MCU. Also, do not forget to visit Glamour Fame to be in the know of all the happenings in the world of show business.