Here Are 5 Reasons To Get Excited About WandaVision TV Series! 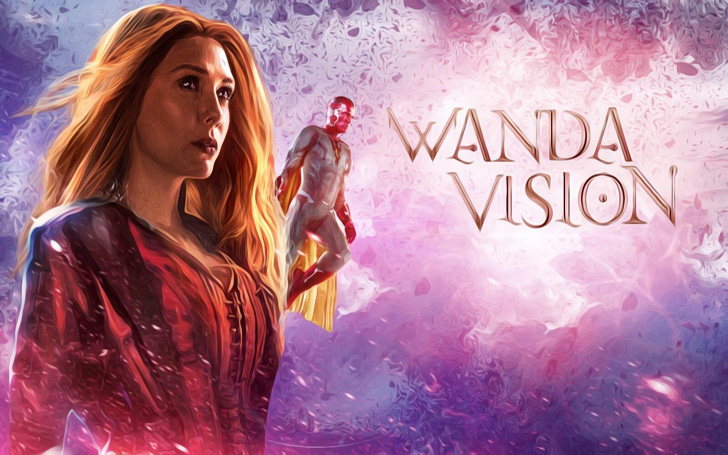 'WandaVision' was introduced at the comic con after Kevin Feige brought Elizabeth Olsen and Paul Bettany on stage and said a WandaVision show is happening. Out of all the shows, this was a bit of a confusing to most people because we all saw the fate which befell 'Vision' in Infinity War.

We know how a Loki show is going to work because we saw Tom Hiddleston’s Loki escape the 2012 Avengers tower with a tesseract. So, it is a little weird considering how they are going to make it work with Vision. Marvel is not known for shoehorning people in stories so there must be a plan in place and with Phase 4 all planned out with five movies and five TV shows this one is a mystery to us all still.

'Wanda' and Vision were forming a sweet bond in the Civil War and Infinity War, but the whole thing came crashing down after Thanos, and his goons attacked earth. We also saw a bereft Wanda at the end of Endgame, talking to 'Barton' so we know she is going to do something in the show which will bring about heavy repercussions for the MCU. So, even though not much is known of the series, still, here are five reasons why you should be excited about the WandaVision TV series.

5. Return Of Paul Bettany As Vision

Paul Bettany was there at the beginning of the MCU; he was the voice of the AI Tony uses as his personal helper. But Vision was brought to life by 'Ultron' to help him defeat the Avengers which he did not do and switched sides instead to the Avengers. It was fitting for a character who was there from the start getting a pivotal role in a huge blockbuster film but then his character was put on backburner and Vision was just a supporting cast along with Wanda. It is the reason why you should be excited about this show because we are finally getting Wanda and Vision as leading and not supporting characters. Wanda gradually grew into her character from the rocky start of Ultron and Vision is great in everything he’s appeared till now. So, it will be great to see how they are going to bring back Vision for the series, and we are glad both he and Wanda are getting the attention they deserve.

At the end of Endgame, we saw grief-stricken Wanda as she was being consoled by Hawkeye. Grief can make people do things they think are right just to numb the pain a little, so it is not prevalent all the time. Which is where the kids of Wanda and Vision may come into play, (just a disclaimer, there are no confirmations of Wanda’s kids appearing, just an extrapolation on our part from the information we know so far.) though the kids later turned out to be a projection by 'Mephisto'. Still, the fake kids and the death of Vision may play a huge role in the upcoming project.

People who watched Captain Marvel will most probably be familiar with that name. In the hit 2018 film, 'Maria Rambeau' appeared as the friend of 'Carol Danvers' and while they are sitting in her house with 'Talos' explaining what is really happening between the Kree and the Skrulls. In the scene, we see Monica, who still keeps Carol’s jacket; she is also the one who suggests the 'Captain Marvel' look before she goes off to space to fight. That little girl is all grown up, and she appears in WandaVision played by the talented and beautiful Teyonah Parris.

In the comics, Monica Rambeau was Captain Marvel before Carol Danvers, but it is not going to work like in the comics. In what capacity we are seeing Monica is not yet clear, but we would love to see her as 'Spectrum' or 'Photon' or whatever name they deem worthy.

When Kevin Feige introduced Doctor Strange, and Benedict Cumberbatch took to the stage, the head honcho of Marvel movies made a surprise announcement and said Wanda would join Doctor Strange in the sophomore appearance of the character. The film was entitled Doctor Strange in the Multiverse of Madness, and we deduced Nightmare would be making an appearance and seeing as how Wanda will be using her power it would be a way to connect the two properties. Seeing a vulnerable Wanda may result in Nightmare attacking her and it ties into the movie.

These are exciting times for the MCU and whatever comes to pass we are excited for the Marvel movies to first time acknowledge the TV shows.

In the comics, Wanda Maximoff goes by the name Scarlet Witch, but in the movies, no one’s used the name, not even in passing. Kevin talked about how she still is not worthy of the name, and this show will show her gradually laying claim to the title of Scarlet Witch. This comment got us more excited than anything else because we know the power Wanda possess and to finally see her use it to the full potential is something which is beyond exciting.

The slew of announcements which populated Marvel’s comic con appearance was filled with surprises and mind-blowing content. Not all of these shows and movies are going to work, but we’ve not been disappointed till now by Marvel, so we are not going to second guess the studio now. WandaVision arrives on Disney’s new streaming platform Disney+ on Spring of 2021.