'Doctor Strange In The Multiverse Of Madness' Theory - Strange Will Take A Brief Detour To The Sam Raimi Spider-Man Universe! 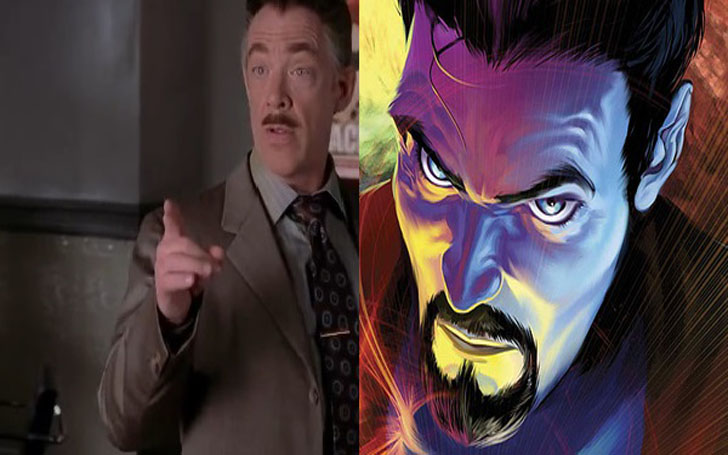 Doctor Strange fan theory suggests, Doctor will be making a brief detour to Sam Raimi's Spider-Man universe and that is not all.

Okay, let’s do this one more time! Marvel made a slew of announcements at the comic con that got the fans foaming at their mouth. Kevin Feige put on one of the most exceptional performances ever in SDCC history as fans were eating by his hand and by the end he even mentioned Fantastic Four and X-Men and Mahershala Ali as Blade and Natalie Portman returning as Jane Foster. It was not all though; they also unveiled some series and titles of the future films. The names were terrific, and the movie logos were fun, we are excited for Simu Liu as Shang-Chi, but there was one name which got us extremely excited, 'Doctor Strange in the Multiverse of Madness'.

Watch: The announcement of Doctor Strange in the Multiverse of Madness at SDCC

We are growing to that name, and now it sounds amusing, Multiverse of Madness, but the thing about this which is interesting to us is what shenanigans the Doctor is going to be up to with unlimited possibilities. One extremely popular fan theory suggests Doctor visiting the Sony spider-verse, back to Spider-Man 2. The whole theory stems from the scene in Spider-Man 2 when J. Jonah Jameson is sitting down with his newspaper writers to come up with a name for 'Doctor Octopus'. While brainstorming for the name, one of them mention Doctor strange but Jameson says it is already taken.

The problem is how Doctor Strange will cross over to another universe that belongs to another studio in a timeline where Doctor Strange was probably still in medical school considering the time which MCU Doctor Strange is based on. The reference by Sam Raimi in Spider-Man 2 in that particular scene was probably just geared towards die-hard fans in the audience. There was no possibility of Strange appearing in Sony movie because Marvel still owned it. Sam probably didn’t mean anything by it; it was just a shout-out to another superhero who is based out of New York.

Since Sony and Marvel are on good terms and there is a possibility of us seeing a Venom and Spider-Man cross over, there is no telling what other possibilities they can explore. Maybe they can have Doctor take a trip to the Sanctum in the 2004 version of Doctor, while he is battling with Nightmare, to seek help. The MCU is based on Earth-199999, and maybe the Raimi Spider-Man is in the original comic timeline of Earth-616, and while Strange is popping through the multiverse, he makes a trip to Earth-616.

This is not the only theory which is out there as rumors are floating around original Nick Fury will be making an appearance in Doctor Strange 2. It is hard to imagine anyone other than Samuel L. Jackson playing the eye-patch wearing badass director of SHIELD, but it will be a nice call back to fans of the comics who know Nick Fury as a white guy. It seems Marvel is using the Doctor Strange’s fiddling with multiverse to satisfy some fan’s call who were angered by the fact that Nick Fury was turned black and the whole Mar-Vell story was ignored in Captain Marvel to make the main character a woman. Marvel is not righting any wrongs, but they are probably using the multiverse and few OG characters of the comics to show that they respect the fans.

The ‘What If..’ series coming to Disney + is also going to tackle some aspect of the comics which were ignored in the movies. But it would be fun to see what Marvel does with all the multiverse shenanigans. Seeing Doctor Strange interact with J. Jonah Jameson would be a funny sight to see, where the theory is correct or not we would like to see Marvel show some respect to the OG comic characters and pay respect to the people who made the MCU possible.