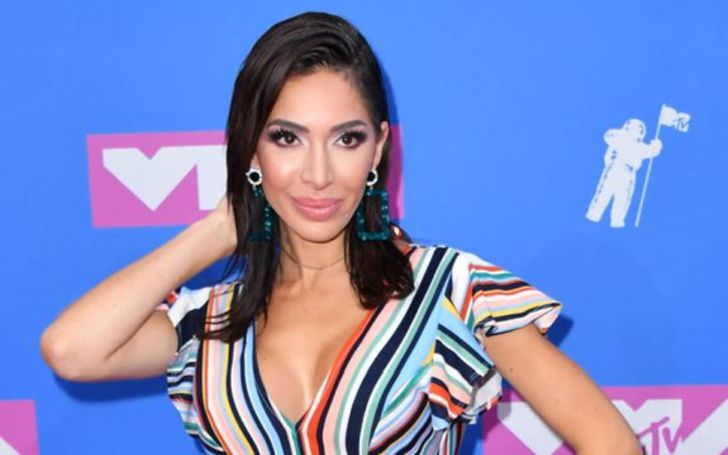 The 27 years old recently took to Instagram to share a picture from the Tribeca Film Festival she attended a couple of days ago.

Abraham opted to go completely braless to show off her full cleavage in a black sheer top and a fitting blazer as seen in the snap.

Making an interesting statement, the entrepreneur wore a skintight green and black shining legging pant and completed the sultry look with a pair of transparent heels.

As for her hair, she kept her long blonde locks in loose waves and free which cascaded down her shoulder. 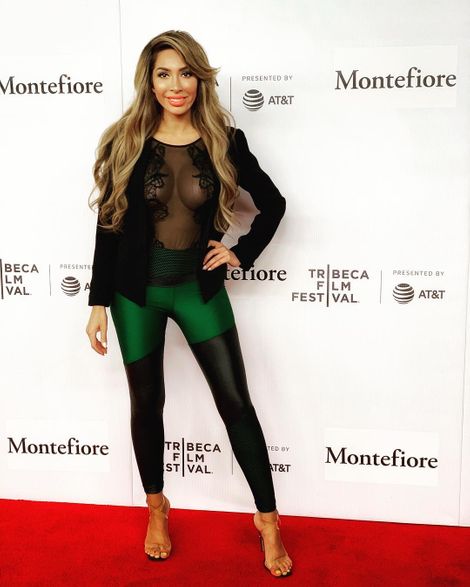 She continued: " I’m excited to show equality, and progression in film sets whether your young or older, talent and hardwork is recognizable when I see most are not welcoming in this industry I know I’ll pay it forward to help others and this industry go further."

The reality star then concluded saying: " Blessed I got to see the best directors, comedians, talented actors, and actresses and support legendary successes #Tribecadonor"

Meanwhile, the comment section appeared to be followed by tons of bullies that claimed Farrah was a transgender woman.

One of the moments read: "You really do look like a tranny! Lmao"

Whilst another said: "I feel ya'! Looks more & more like a transgendered person 😂😂 It's fine for ppl that want to, but, she actually thinks she looks better!!"

A third person rather questioned: "Are you a transgender?"

However, the rest of the comments pointed out Farrah's grammatical errors and corrected them. As a matter of fact, some even mocked her for giving her hands in the film industry.

As one person wrote: "Its whether not weather" and another one added: "But you should really learn to spell your words properly. You should know to use whether instead of weather which means outside temperature"

Farrah rose to fame after debuting her first TV appearance on MTV's popular reality show '16 and Pregnant.' Although the audience would recognize the mother of one as a reality star back then, she is now much known as an adult star after she released her own sex tapes.

Meanwhile, the former Teen Mom wants to return to the show. MTV fired her from the show for her mistreatment to the producer and joining the adult film industry.