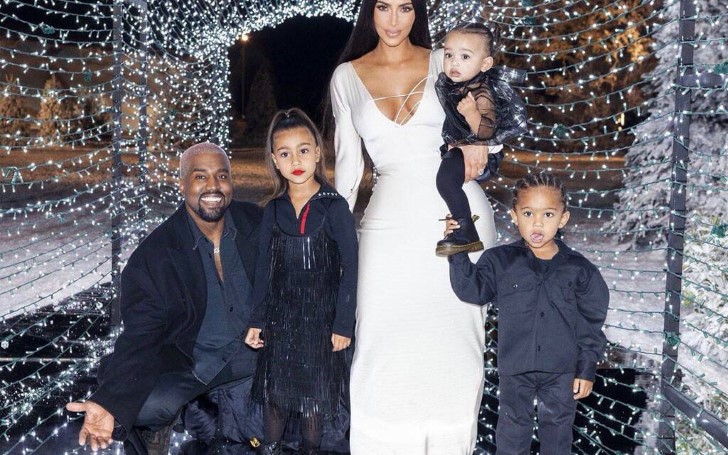 As per reports from TMZ, Kim Kardashian West's surrogate has reportedly gone into labor with their fourth child.

During the episode of the Ellen DeGeneres' show filmed on Thursday, Kris Jenner appeared as a guest where she was surprised with six of her grandchildren. Kourtney Kardashian ushered out her children, Mason, Penelope and Reign and Kim's children, North, Saint, and Chicago.

Apparently, Kim was supposed to be present for the family surprise, as explained by both Kourtney and the TV host. However, the reality star found herself predisposed.

I surprised @KrisJenner with 6 of her grandchildren. Then I surprised her with one more. Sending love to you, @KimKardashian and @KanyeWest! @kourtneykardash pic.twitter.com/7SzHA2sahM

Ellen shared a video on her Twitter account where she said, "Kim was supposed to be here."

Kourtney claimed, "My mom doesn't even know this. But Kim's surrogate went into labor, so she's at the hospital."

Utterly surprised Jenner responded, "No! What are we doing sitting here?"

Ellen then explained, "We had to keep it quiet. That's why [Kim's] not here."

Ellen's twitter announcement arrives just days after rumors circulated online of Kim and Kanye's surrogate having delivered their expected son. This was believed to be the same day that Prince Harry and Meghan Markle welcomed their son, Archie Harrison Mountbatten-Windsor, to the world.

Wait just saw news our baby boy came but that’s not true! It’s Met Monday, I’m in NYC. I would be at the hospital lol

On May 6, Kim tweeted, "Wait just saw news our baby boy came but that's not true. It's Met Monday, I'm in NYC. I would be at the hospital lol."

This shall be Kim and Kanye's second child through a surrogate mother, albeit the previous surrogate was a different woman who delivered their child Chicago, as she had become pregnant on her own.

Recently, Kim Kardashian was applauded for her efforts in freeing 17 inmates in 90 days, helping them reunite with family.