Yvette Prieto - Some Facts to Know About Michael Jordan's Wife 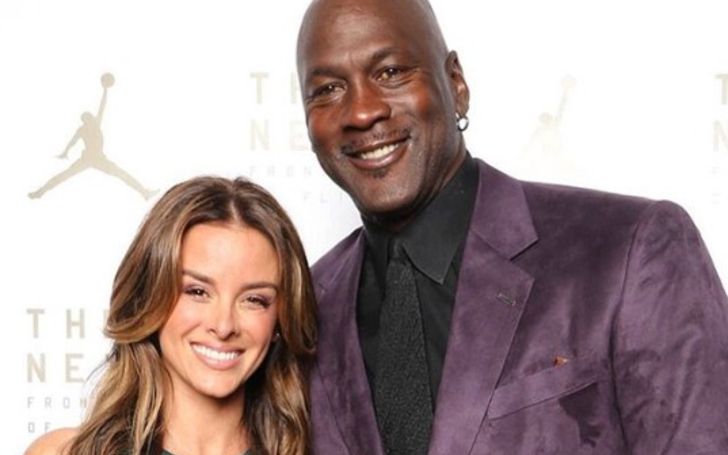 The name Yvette Prieto might not be new for NBA fans, as she the beautiful wife of basketball legend Michael Jordan. They been together as a married couple for more than seven years now and are living a happy life with their twins.

As the lovebirds, Jordan, and Prieto share a beautiful life, people love to know about them because of which we will share some exciting facts about them. So, keep on reading till the end of this article.

Michael and Yvette Wedding Conducted in Florida in 2013

Yvette Prieto met her husband Jordan while dancing at a club in 2007; after then they began to date each other. Jordan and Prieto took their time to know each other before rushing into marriage.

As a result, before getting into a serious commitment, the pair stayed in a living together relationship. They moved together in 2009.

After living under the same roof for over two years, the lovebirds shared their engagement rings in 2011. Further, they waited for another two years to take marital vows. Michael and Yvette tied the knot at Bethesda-by-the-Sea Episcopal Church in 2013, followed by a reception at Bear’s Club in Jupiter, Florida.

Recommended: Does Tim Robbins Have a Girlfriend?

As per Heavy, to make the wedding perfect, it cost the couple around $10 million. Their marriage ceremony was attended by the star-studded guest, which included Patrick Ewing, Spike Lee, Tiger Woods, and many more. Even the reception program was outstanding were famous singers like Usher, and Robin Thicke sang beautiful songs for them.

Like we mentioned earlier, Prieto and Jordan are living a joyful life with their cute twin daughters. Ysabel and Victoria Jordan are the two angels of the lovebirds who represents their love in this world. They welcomed their twins in February 2014.

Further, Yvette is also a stepmother to Jordan three children from his previous marriage to Juanita Vanoy. The former NBA star Michael with his ex-wife, gave birth to two sons and a daughter, Marcus, Jeffrey, and Jasmine Jordan, respectively.

She Pursued Her Career in Modeling

Yes, the gorgeous wife of the NBA legend Jordan, Yvette Prieto, is a star in her domain. As per Tv Over Mind, she is an American professional model who took off her career is a delightful height and did remarkably well as a bikini and commercial model.

Click To Read: MJ Rodriguez Boyfriend - Is the American Actress/Singer Dating Anyone?

41, Prieto, in her profession, had worked with some exceptional artists in which one of them is the most prestigious fashion designer Alexander Wang. Even her wedding gown was prepared by J’Aton Couture, a Melbourne-based couture house that is established by Jacob Luppino and Anthony Pittorino, who are renowned for their works.

Prieto is Younger than Jordan

Born in Cuba in 1978, Yvette Prieto is indeed younger than the legendary athlete Michael Jordan. Jordan was 50-years-old, and Prieto was in 35-years-old when they got married, which means they have an age gap of 15 years, as per Legit.

Before Yvette Prieto met her hubby Jordan, she used to date Julio Iglesias Jr, who is a Spanish-Filipino singer. He is the son of the Spanish singer Julio Iglesias and older brother of famous Latin Pop King, Enrique Iglesias. However, their relationship didn’t last for long, and they end up in good terms.