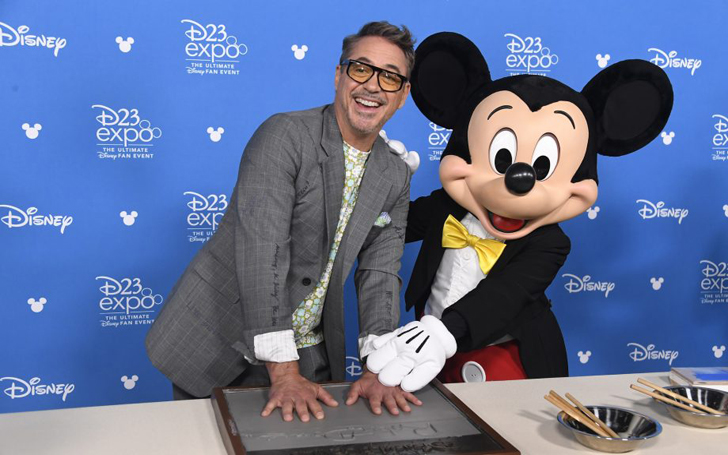 Disney CEO Bob Iger took the stage of D23 to award Robert Downey Jr. with the Disney Legends Award and Robert confessed about the arrest during his first visit to Disneyland.

It was a memorable year for Marvel and Disney alike with the company boasting the highest single-year gross for a year with five $1 billion crossers at the worldwide box office and also the biggest movie in the history of Hollywood. Avengers Endgame rewrote history and made over $2.79 billion to take the top spot, and at the heart of it, all was the leader of the MCU for 11 years, Robert Downey Jr.

Robert was the man who started it all in 2008 with his critically acclaimed performance in the first Iron Man movie directed by Jon Favreau. The experiment started in the film caught on and caught fire when the MCU did the unprecedented and pulled different characters from different films for one single ensemble film, The Avengers. The dream became a reality and still, at the heart of it all was Robert, the man whose career was in shambles after two Oscars nominations and numerous bouts of battle with the legal system.

In a way, you can say MCU saved Robert and Robert created the $26 billion grossing franchise, which is the MCU. Without one, we dare say there would’ve been the other which is something people at Disney also realized and it was for his contribution for the creation of the MCU and the joy he brought us starring in ten MCU movies over the years and for his contribution Robert was given the Disney Legends Award.

Bob Iger took to the stage at D23 where he was greeted by 6,800 loud fans who drowned out the microphone and the speakers when the topic was about to turn to Robert Downey Jr. You thought Force Awakens trailer announcement was loud, oh, think-again people, this was the loudest we ever heard D23, and it was for a man who deserved every morsel of the scream and shouts.

Bob Iger announced the recipient of the Legends Award and Robert took to the stage to a standing ovation and deafening shouts and hoots and “love you 3000s” and “I am Iron Mans.” The man, the legend, started talking about an incident in the drug-fuelled days of his youth when he was arrested in Disneyland. He said, “The very first time I went to Disneyland, I was transported to another place within moments of being arrested.”

“I was brought to a surprisingly friendly processing center, given a strict warning,” Robert joked as well as confessed while giving nervous glances back to the head of Disney. “And returned to, if memory serves one very disappointed group chaperone. I’ve been sitting on that shame for a while, and I‘m just going to release it here tonight.”

The speech started with the apology to the people of Disneyland for his past behavior, but very soon, the scene started to get serious for the actor. By the way, the whole pot thing was removed from the final edit of the video released by Marvel Entertainment on their YouTube channel.

Watch: The edited version of Robert's speech with no reference to pot

“For my part, playing Tony over many years, the thematic idea that technology can guide our species towards enlightenment or destruction,” the actor continued. “It’s been a really worthwhile and ongoing meditation. Honestly, it’s been a great gift. So I want to thank the fans who made all this possible starting back in 2008.”

He wrapped up the speech which lasted about eight minutes, but most of it was a video montage of the highlights of Robert’s career. In the end, he said, “So here’s what I get to do: I get to remain a fan of the first inclusive and evolving cinematic universe ever, so far, and, yeah, here’s to the future.”

Even though Disney was embroiled in strong-arming controversy of Sony for the character of Spider-Man, this event moved smoothly with Disney showing what is coming for the mouse house and how they are planning to move ahead with a digital age. Disney Plus and Star Wars was the main attraction during the first day of D23 with Kevin Feige expected to take the stage to talk about the movies of the MCU during the second day. We are also looking for a Rise of Skywalker trailer, and an announcement of the character Kit Harrington will be playing in the MCU; hopefully, it will happen during MCU’s panel.