home Entertainment What Was The Cause Of Cameron Boyce Death?

What Was The Cause Of Cameron Boyce Death? 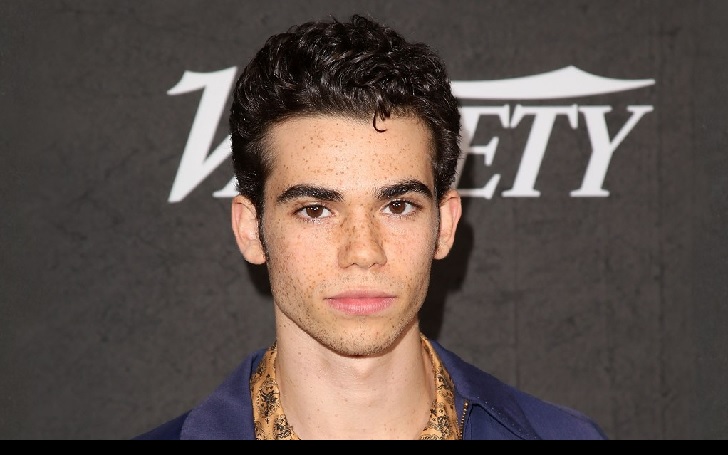 Disney Channel's profound actor Cameron Boyce died unexpectedly in his sleep, and LA County coroner confirmed it was due to his epilepsy.

It was cruel of The Almighty to take away such a talent from the world. Maybe he was just too good for the world.

Disney's star kid Cameron Boyce was found stuporous in his North Hollywood home on July 6 due to a "seizure which was a result of an ongoing medical condition", according to a spokesperson for the family.

At the time, the cause of death was declared as "an ongoing medical condition". On July 8, a preliminary autopsy was performed but produced inconclusive results.

Watch: Jessie and The Descendants cast react to Boyce's passing

Upon further testing, according to the latest report released by the Los Angeles County coroner on Tuesday, July 30, Boyce suffered a "sudden unexpected death in epilepsy." The manner of death was ruled as natural by the medical examiners.

Read More: The Voice Behind Minnie Mouse, Russi Taylor, Is No More

The whole world mourned 'The Descendants 3' star. Many of his co-workers and friends published heartwarming condolences on social media platforms to show respect.

The 20-year-old youngster made his acting debut in 2008 with a horror movie 'Mirrors' in which he played 'Michael Carson'. He was only nine at the time. His filmography includes a long list of movies and TV series, but his big break was in Disney's 'Jessie' in 2011 which he starred for four seasons.

Since then, Boyce was part of numerous Disney projects and made exceptional performances in each of them. He recently had wrapped up the production for Disney movie 'The Descendants 3' scheduled to premiere in August. He was also set to star in HBO series 'Mrs. Fletcher' with Kathryn Hahn, 'Paradise City' and 'Runt'.

For his participation in Disney XD series 'Timeless Heroes — Be Inspired' in honor of Black History Month, Boyce earned the Daytime Emmy Award. He was also involved with a non-profit organization for awareness of global water crisis called 'Thirst Project'. His campaign in 2017 raised more than $27,000 to build two wells in Switzerland and was decorated with the Pioneering Spirit Award the next year.

After Boyce's death, the red carpet premiere on July 22 was canceled, and The Walt Disney Company made a donation to the Thirst Project.