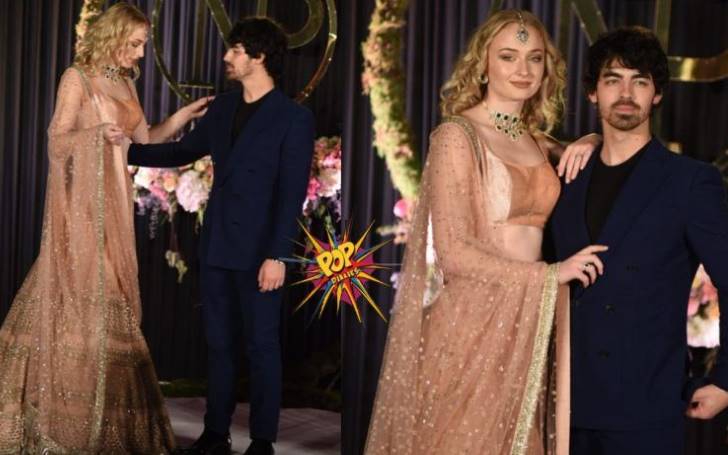 What happens in Vegas does not stay in Vegas anymore.

Unlike his brother Nick Jonas who had ten weddings with wife Priyanka Chopra in India last year, Joe Jonas went exactly the opposite for his big day.

Soon after their departure from the 2019 Billboard Music Awards, the couple headed to a Las Vegas chapel and surprised the whole world by exchanging their rings in a tiny venue. 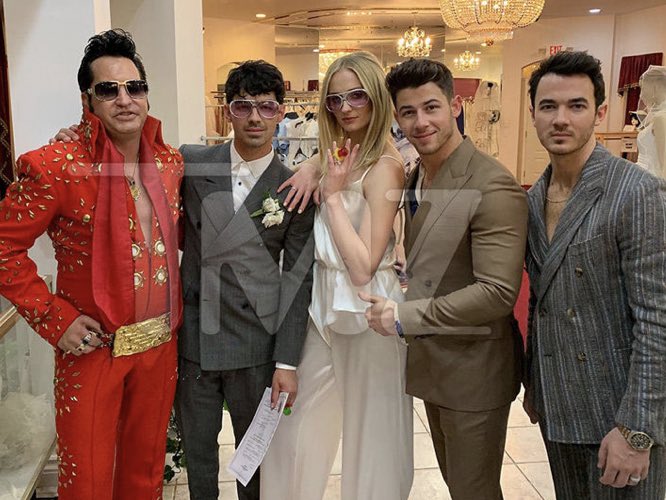 Brothers Nick and Kevin Jonas served as groomsmen whilst it's reported that Joe's sister in law, Chopra was there too. However, it's not known yet whether Turner's co-star and onscreen sister Maisie Williams stood by her side as a bridesmaid.

Thanks to Diplo who recorded the whole wedding officiated by an Elvis Presley impersonator and put it live on his Instagram.

In the clips and now viral snaps shared by the musician and the couple's close pals, Joe opted to rock grey suits for his special day whilst his bride shunned in a white jumpsuit.

Yup, our Sansa Stark wore a white jumpsuit for her big day because getting married in a white bridal gown is too mainstream. 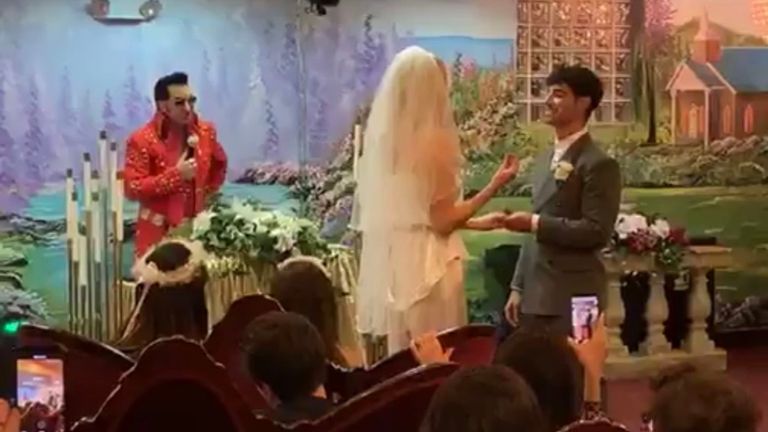 What makes the white jumpsuit more unique is the delicate ruffles attached to it on the waist. And to top it all, she added a mid shoulder length veil for that luminous bridal look.

Also see: The Best And The Worst Dressed Stars At The Billboard Music Awards Red Carpet

The TV star completed her bridal look with a pair of gold "Penny Knot" sandals styled by Loeffler Randall.

Needless to say, Turner's bridal jumpsuit has already inspired a lot of wedding looks ahead of this year. Wow! the power of Sansa Stark.

The couple then took pictures in stylish pink shades whilst they sat on a lavish pink car prior to the exchange of their vows. 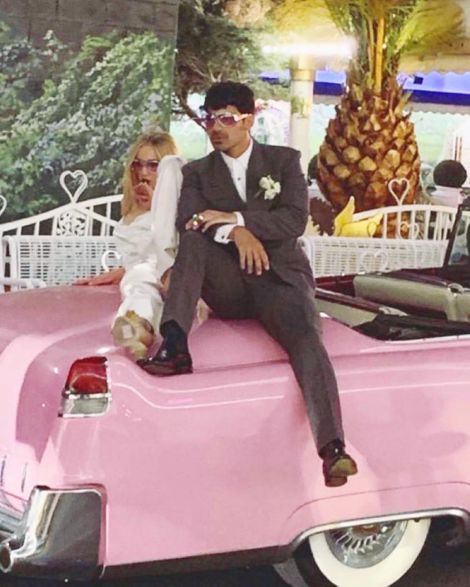 Meanwhile, fans are still expecting on that French wedding of Mr. and Mrs. Jonas they planned this summer the other year.

Whilst it's not sure what Turner will wear for her wedding celebration in France, but we're sure it will be iconic and glamorous like her white jumpsuit.

Joe and Sophie met through mutual friends and became engaged in October 2017 after a year of dating.

Don't miss: Blake Lively Is Pregnant With Her Baby No. 3

Whatsoever, we're still waiting for HD pictures from the wedding. Hopefully, the new bride and groom will share them soon.