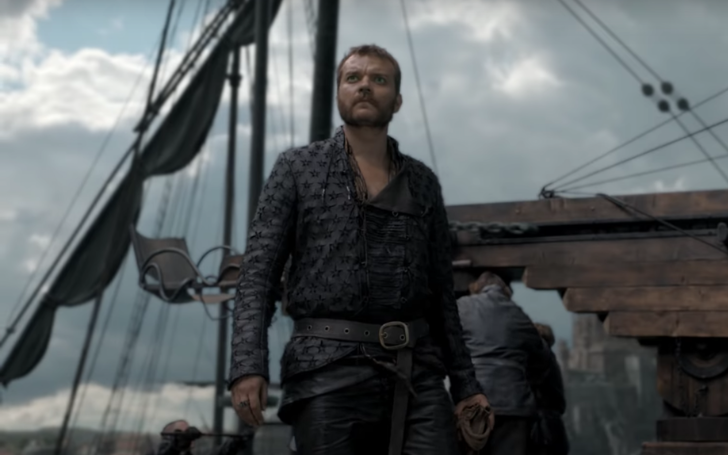 Some of us may have read earlier that there could still be a huge win in there for Daenerys Targaryen (Emilia Clarke) assuming if somehow the rumors of her new dragon turn out to be true – which on the other hand, doesn’t seem that plausible, but even stranger things have happened in the prior episodes.

Well, it looks like the actor behind "Cersei's" new lover, Euron Greyjoy – played by Pilou Asbaek is having a bit of fun teasing up the fans’ theories after he said that next episode may include one, or TWO dragons.

Gone with the wind....!!!? Maybe.... can’t wait for episode 5....there will be light! And death.... and coffee cups... Oreos...?...you might see a dragon...or two...or none...🤷🏼‍♂️☠️ ...#thesuspenseiskillingme #shouldhavereadthescripts #gameofthrones #babyshower #❤️ #dragonslayer #eurongreyjoy #whatisdeadmayneverdie #butprobablystillisdeadifyouaskme #whoknows btw. What an incredible view. The set designers on GOT are amazing and you feel extremely small and humble 🙏🏻🙏🏻🙏🏻🙏🏻 thanks

Obviously, we’re going to see "Drogon", because it didn’t die in the last episode, but seeing the death of Rhaeghal in the very episode, it will be quite out of the blue to see another dragon alive and combating in the next installment of Game of Thrones.

In case you missed the Daenerys' theory from the other day, here’s what it has to say:

There is new speculation that a fourth dragon could be rising from the ashes to join the battle.

The latest preview for episode five starts with a shady scene of "Tyrion Lannister" at Dragonstone. Later, we see Euron Greyjoy looking to the skies and being more than a little confused as the sound of a dragon escalates overhead. 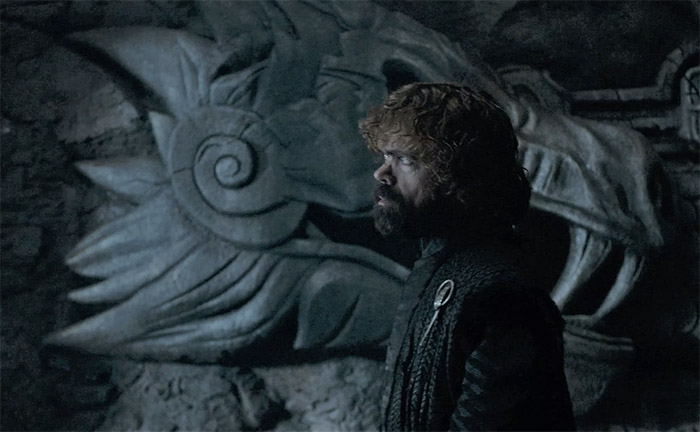 Tyrion scene behind the dragon head in the promotional footage of episode 4 from got season 8 indicates he may ride another new dragon.
SOURCE: HBO

Heading back to George R.R. Martin’s novels that Game of Thrones is based on, there are plenty of assumptions that Tyrion is a secret Targaryen — and also the many reasons why his father loathed him.

There are also suggestions that he could be the third head of the dragon in the Targaryen inscription. We sure have seen the Night King become the prophesied third dragon rider, but there could still be some room for Tyrion to take the flight.

You May Also Like: Game Of Thrones: Here Are All the Reasons Season 8 Episode 4 Sucked!

In addition, there were also some rumors of a fourth dragon lurking beneath Dragonstone and being (ironically) made of Stone. Let’s also remember the infamous Azor Ahai prophecy. "Melisandre" mentioned the Dragonstone dragon: “When the red star bleeds and the darkness gathers, Azor Ahai shall be born again amidst smoke and salt to wake dragons out of stone.”

The phrase intriguingly correlates to the show’s latest opening sequence. The downsized version of the credits subtly includes four dragons.

Tyrion seemed a little too invested in Bran Stark’s wheelchair mechanics. So, is the Hand of the queen working on his own special set that could see him ride a dragon?

The finale of Season 1 saw Daenerys Targaryen emerged from the flames with a brood of three dragons, and since then we’ve seen her fully take on the mantle of the Mother of Dragons.

With only two episodes left until the finale, it might seem a bit of a stretch for Tyrion to suddenly take the leash on a dormant or prophecy based dragon. Having said that, it would be one hell of a twist to see him marching down to Kings landing to torch his evil sister.