home Movies & TV Shows Who Would Be The Perfect Villain To Face Off Against Doctor Strange And Scarlet Witch Team Up In Doctor Strange 2: In The Multiverse Of Madness? 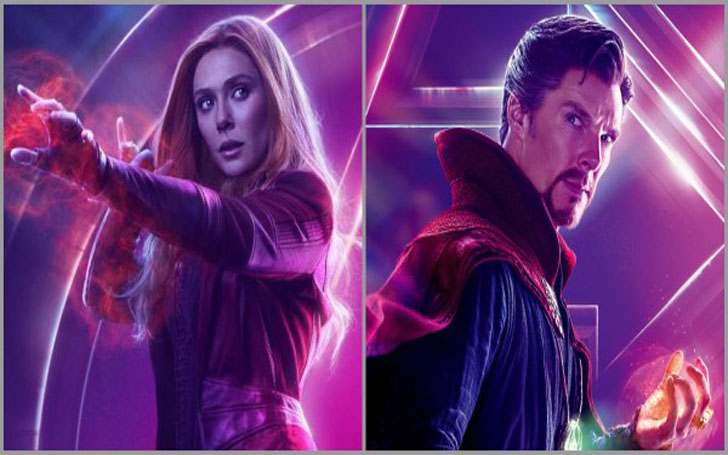 Marvel is making an unprecedented decision to acknowledge a TV show in the movie’s continuity. The movie wing of Marvel studio always avoided the TV side like they had some communicable disease but finally at comic con Kevin Feige made it clear the continuity of the TV series and movies will be connected, well, not for all the series that we know off but at least for 'WandaVision' and 'Doctor Strange in the Multiverse of Madness'.

Kevin introduced ten movies and TV show slate that ushers in Phase 4 of the Marvel Cinematic Universe; he also talked about the possibility of Fantastic Four and X-Men. But the most amazing aspect for us from the entire panel was the sophomore appearance of Doctor Strange and the existence of a multiverse. There are some theories relating to what Doctor will be up to in the multiverse, but we are not here for that. We are here to see who would be best suited to become the villain to face off against Scarlet Witch and Doctor Strange.

Let’s start off with the unlikeliest villain to appear in a movie, but a great villain none the less. 'Shuma-Gorath' was one of the strongest foes Doctor Strange ever went up against, as Shuma is nearly indestructible. It would be a weird villain to show up in the movies, but the trauma Shauma-Gorath put Doctor through in the comics is unlike any other. The Doctor won’t be alone as Scarlet and Doctor are two of the strongest Avengers and Shuma-Gorath would prove to be a worthy foe. But let’s chalk this one up to the realm of impossibility.

'Mephisto' is the 'Devil' of Marvel Universe, a witch, a sorcerer, and the devil sounds like a great movie. Mephisto is all-powerful in his own dimension and since the film is dealing with dimensions and horror, how can you get more horror than the devil himself. The fact that he is nearly indestructible like most of Doctor Strange foes, he presents a very psychological villain who is going to push Strange and Witch to their limits.

Okay, we are not disrespectful, and we know 'Dormammu' is one of the strongest beings in the Marvel comics. But the reason we have him three steps below the position he is supposed to be in is because we saw him in the first Doctor Strange movie already and we saw Doctor make him his personal b***h and also made him promise never to come back. Well, we know villains are not very honorable, and we can see Dormammu coming back as the villain again but not after the first movie, maybe in the third.

Our choice for the villain of Doctor Strange 2 is, without a doubt, Nightmare. Kevin and Scott Derrickson talked about Doctor Strange 2 being the first horror Marvel movie, and if you want someone to terrify the sorcerer supreme, no one comes close to Nightmare. The first villain he ever faced against in the comics and the one who always tormented his dreams, Nightmare would be a fantastic villain. Imagine Scarlet Witch being asleep and Nightmare torturing her dreams with Vision’s death. Now, that would be fantastic to see.

'Baron Mordo' will always be the best villain the Doctor’s ever faced against. The reason he is the best is the two are the mirror image of each other, Strange is what the 'Ancient One' wanted Mordo to be, but he was just too power-hungry. The jealousy he has towards Strange is a driving force for the villain, but in the movie also, the fact he thinks Strange being unworthy of using magic brings a new dynamic to the two former friend’s relationship. Mordo would be a magnificent villain to go up against Witch and the Doctor.

There are no confirmations as of yet relating to who would be the villain in Doctor Strange in the Multiverse of Madness. We are betting our month’s salary on Nightmare, but we have to wait and see who they decide to pick as the villain. Any of the villains, as mentioned above, would be acceptable to us.