Who Will Portray The Role Of Doctor Strange 2 Villain Nightmare? 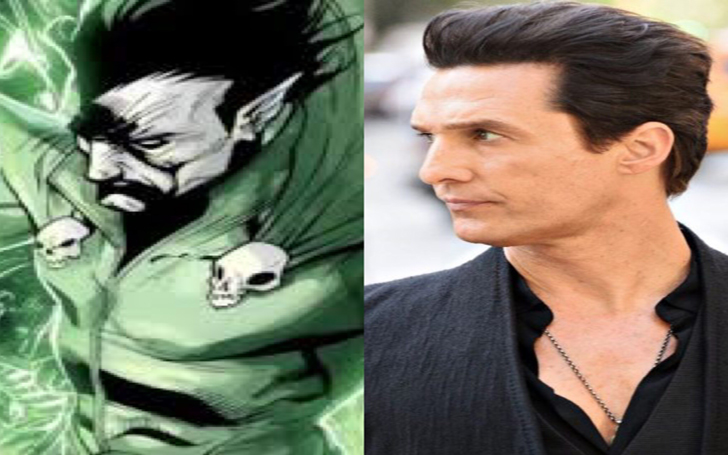 Doctor Strange 2 is coming but who should play the rumored villain Nightmare?

Kevin Feige made his way onto the stage of the jam-packed Hall H as fans lined up for days in anticipation for the future of the MCU and Kevin did not disappoint as he unveiled the full list of five movies and five TV shows based on Phase 4 of Marvel Cinematic Universe. This unveiling came after some surprises, as Jane Foster was said to be returning to the Thor universe. After almost five years and Natalie Portman is reprising the role but as the Goddess of Thunder. Then the biggest surprise was when Mahershala Ali was called on stage and introduced as the new Blade.

We got even more excited after director Scott Derrickson announced that we were getting the first horror Marvel movie. Scott, who cut his teeth making horror movies like 'The Exorcism of Emily Rose' and 'Sinister', is at home when creating a horror movie. Benedict Cumberbatch was called on stage as he is set to reprise his role as Doctor Strange and Benedict Wong is also returning, but one of the surprises casting for the movie was Scarlet Witch was joining the sorcerer supreme in his journey into the multiverse. Also, the series 'WandaVision' connects directly into the film, which is a first for the ever-expanding universe of the MCU.

All the heroes aside, one thing was missing from the announcement of the sophomore outing of the sorcerer supreme, a villain. Scott Derrickson used the post-credit scene to set 'Mordo' as the villain, but multiverse and Mordo just don’t sound right. The one rumor circling the internet since 2016 is the second Doctor Strange movie will deal with the first villain Strange ever fought against, 'Nightmare'. The Demonic Prince of Dream Dimension was something Scott talked about before, wanting to use him as the villain in the sequel for Doctor Strange. “I really like the character of Nightmare and the concept that the Nightmare Realm is a dimension. That's early – that's like the first Strange tale. I think that's in the introductory episode of Doctor Strange, and I always loved that,” Scott said in an interview in 2016.

The director wants it, and the title of the movie is Madness, and then the president of Marvel and the director of the film say it is a horror movie. You don’t get any horror than Nightmare, imagine 'Freddy Krueger' meets Pennywise. Well, you can get horror than Nightmare, namely 'Mephisto', but we can’t see them going there just yet. So, with that in mind, let’s just say Nightmare is the villain so who would be best suited to play the role?

The first person that comes to mind is Keanu Reeves, no we are not kidding, his stone-cold delivery, his charisma, his demeanor would suit perfectly to Keanu. But we are like those people on the internet who dream cast Idris Elba into every movie, well Idris will be a great villain also but who are we kidding. The one person we would like to see the most play the role is Anthony Hopkins, it won’t happen because he already appeared in a Marvel movie like Idris in Thor as 'Odin'. But it would be so amazing to see Anthony Hopkins monologue inside the Dream Dimension.

On the practical side of things, the one person who we can see portray the role of Nightmare to perfection is Matthew McConaughey. He looks like the person who will charm you into doing anything he wants, and we would love for the Texas resident to creep us the hell out as Nightmare. You know we are right, just think for a second, close your eyes and let his voice come to you, and you will know we are right.

If the director and writer of Doctor Strange are thinking of a person to play the role of Nightmare, then we can wholeheartedly get behind Matthew McConaughey.