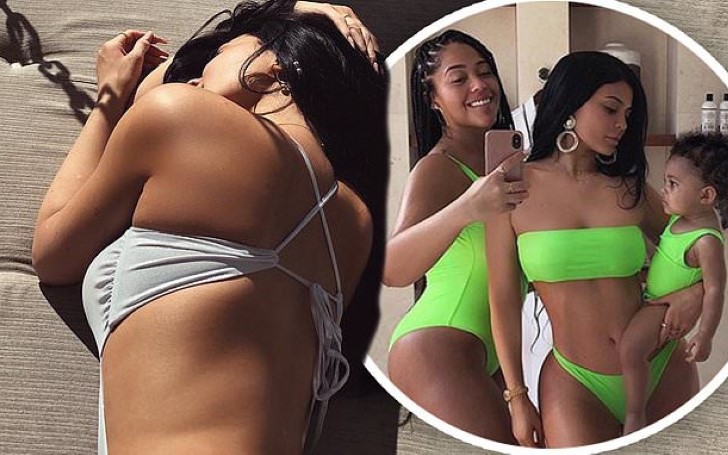 Reality star Kylie Jenner kept things pretty quiet on social media after her best friend Jordyn Woods hooked up with her future potent brother in law. But, say no more, the 21 years old star finally decided to be back on Instagram as she recently just shared some racy pictures.

The cosmetic mogul opted to share a throwback vacation picture on the app where she can be seen lying on a comfortable lounge in a slight blue swimwear. Kylie decided to write nothing on the caption section though.

Sharing the first snap on the photo-sharing app to her 127 million followers for the first time after the publicized betrayal from Woods, the captionless photo received four million likes in less than ten hours. 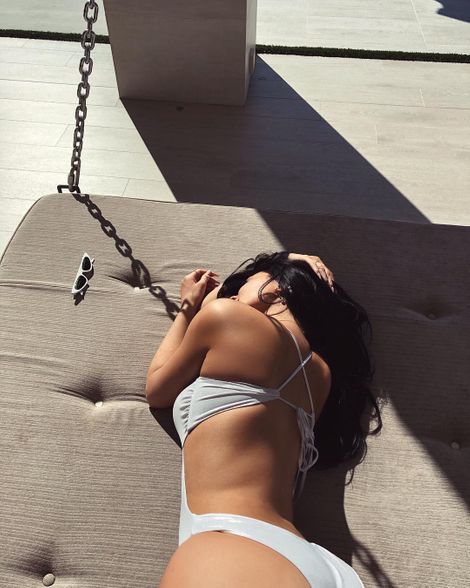 The one-piece bikini suit worn by Jenner featured a design of cross drawstring with a tie lace. The mommy to one-year-old Stormi Webster poses by showing off the back side of her body as she hid her face whilst lies on her right hand.

You may also like: Check Out These Jaw-dropping Dresses Stars Wore To The Oscars After Parties

Kylie's cat eye shaped white framed shade can be also seen lying closely on the lounge next to the cosmetic queen.

The recent post comes after the last time Jenner posted a few pictures from her photoshoot and interview she did with Paper Magazine, where she mentioned she slammed down all the plastic rumors.

Following the swimwear picture, Kylie shared a few other lacy images on her Instagram where she can be seen wearing a one-piece sheer polka dot mini skirt. As a matter of fact, as the young star happens to be wearing nothing underneath the sheer skirt, Kylie hides her assets with her bare hands.

Meanwhile, despite being active on her social media account, the 'Keeping up with the Kardashians' icon is yet to speak on the cheating scandal by Tristan Thompson and her bestie Woods.

Woods who previously lived in Kylie's million dollar mansion moved out from the house and now lives with her mother after the cheating scandal surfaced.

Meanwhile, Kylie also shared a few snaps on her Instagram story where she, Khloe and Kourtney Kardashian can be seen inside a car on their way to a party. Though, it is not certain whether the sisters actually attended the Oscars after-party hosted by Vanity fair.

Supermodel sister Kendall Jenner surely did attend the Oscars after party with father Caitlyn Jenner where she showed up wearing a black revealing dress.

See more: Who is Olivia Colman's Husband? Get all the Details To Oscar Winner's Sweet Love Story with Ed Sinclair

All the Kar-Jenner sisters except Kylie and Kendall has unfollowed Jordyn after the cheating scandal happened. And per sources, Kylie is still struggling to move past from the betrayal from her longtime friend Woods. Aw, poor Kylie.