home Entertainment The Most Controversial, Basic, Best and Worst Met Gala Dresses of All Time

The Most Controversial, Basic, Best and Worst Met Gala Dresses of All Time 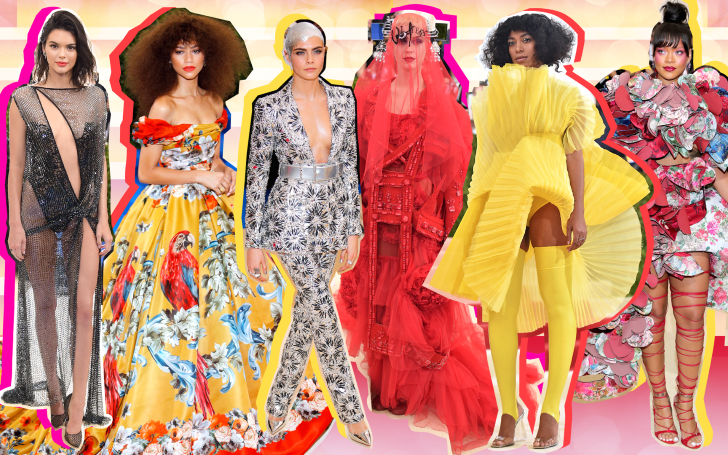 Check out the most controversial, best and worst Met Gala Dresses of all time.

The most incredible night in Fashion kicks off in less than 24 hours whilst everyone highly anticipates and expects how designers and celebrities will grace the Met Gala red carpet this year.

Precisely, the 2019 Met Gala taking place soon on 6th May 2019 at The Metropolitan Museum of Art in New York with the hottest hosts ever in the history of Gala including the 'A Star is Born' actor Lady Gaga, Harry Styles and Serena Williams.

Recommended: Here's Everything You Need to Know About The 2019 Met Gala

Whilst you and I wait for the arrival of the most culturally fit and fashionable celebrities till Monday, we took a trip down memory lane to reminisce the most & the least impressive, as well as the controversial celebrities, Met Gala dresses throughout the years. Scroll below to see them. 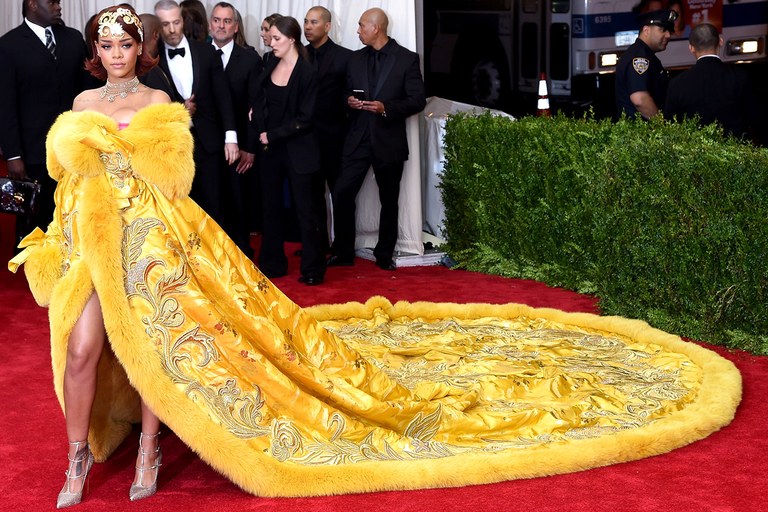 Rihanna shining at the 2017 Met Gala.
SOURCE: The Guardian

It would be a sin to not introduce the singer in the best-dressed list. What Rihanna wore at the 2017 Met Gala ceremony will always remain legendary. The massive yellow omelet cape gown designed by Chinese costumier Guo Pei took 20 months to only embroid the pieces that weigh 55 pounds. As Pei said in her words: "only women who have the confidence of a queen could wear it," we're certain no other celebrity other than Rihanna would have glorified that dress like that. A true Queen indeed. 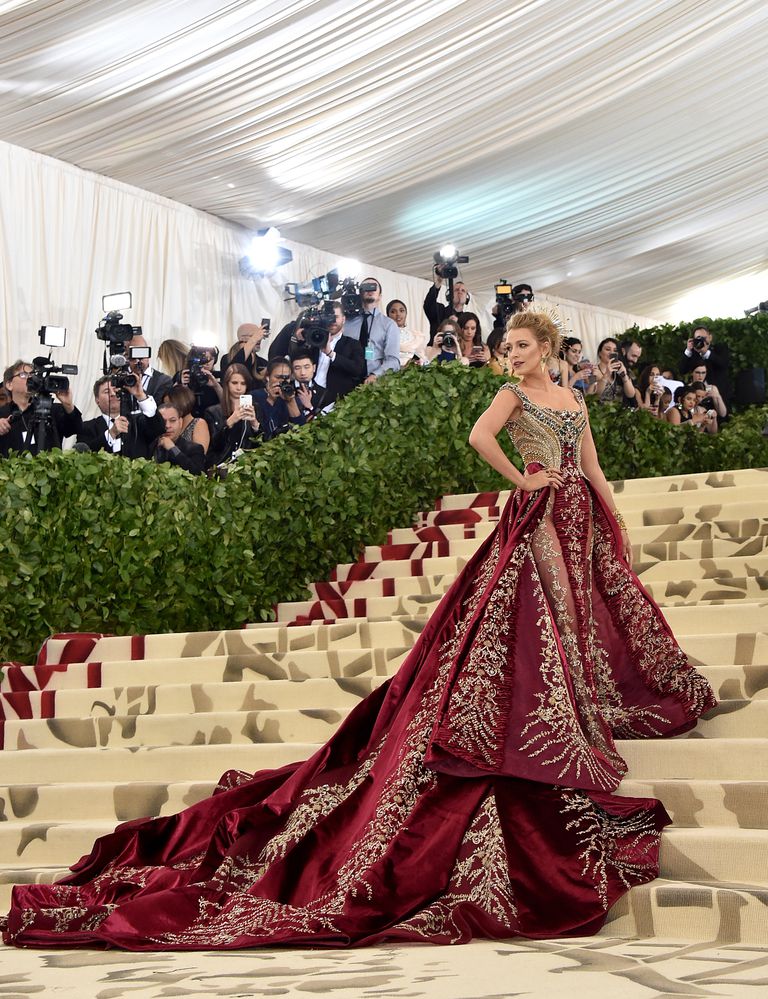 At the Met Gala event last year, Blake Lively stunned in a Versace regal gown that took approximately 600 hours to make. Every detail of the gold and ruby decorated with excessive beading heavy gown including the perfect color are just so breathtaking that Lively definitely deserved our praise once again. And, did you know, the ever-ethereal gown was so heavy for Blake she had to take a van to arrive at the event?

Don't miss: Dannielynn Birkhead, 12, Attended The 2019 Kentucky Derby With Her Father And Paid Tribute To Her Late Mother Anna Nicole Smith With Her Look 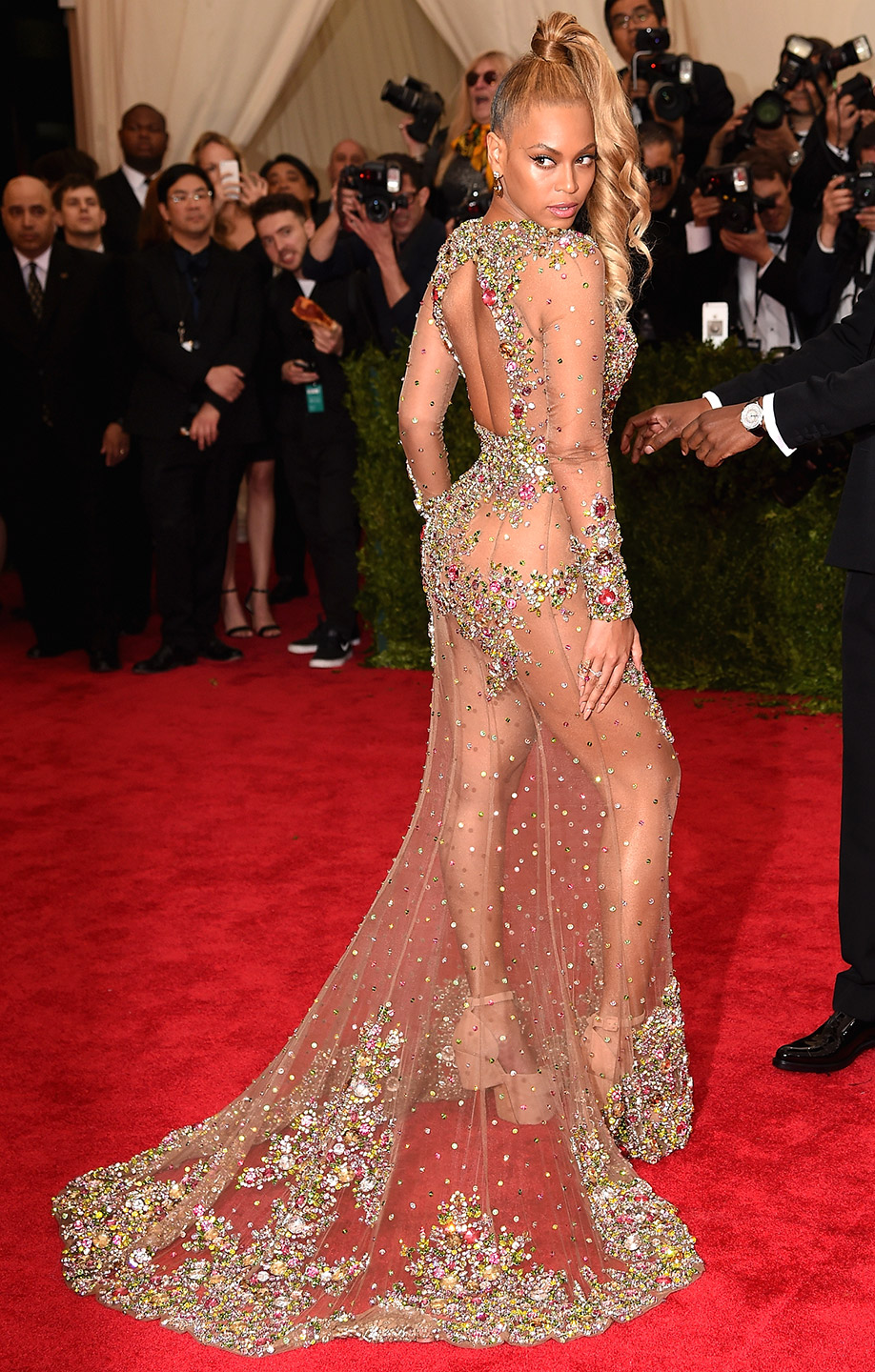 Beyonce in Givenchy at the Met Gala 2015.
SOURCE: Vanity Fair

Beyonce sure arrived a little late to the Met Gala party in 2015, but she triumphantly did win the dress of the night when she drew everyone's attention with her million dollar crystal embellished Givenchy gown. To this day, it's still the much talk Gala dress of the town. 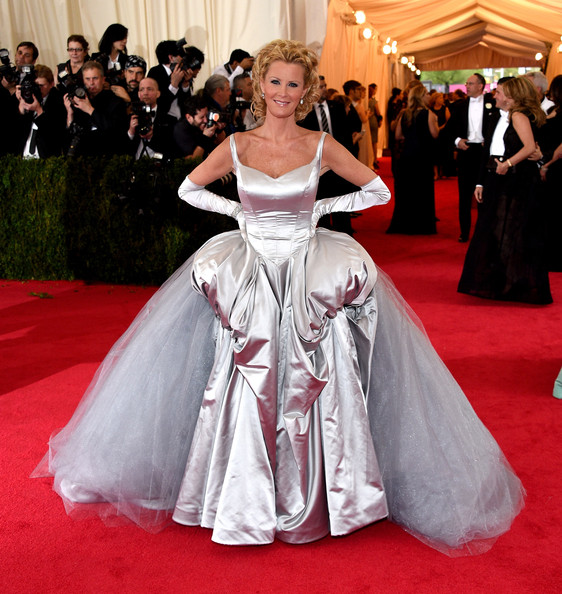 Sandra Lee opted for a Franken-bridal look for the Met Gala ceremony in 2014. And we're sure any dresses one can get at the local stores would look more pleasing than Lee's white bridal gown. Like seriously, what's up with the big and ugly puffiness added around the waist? 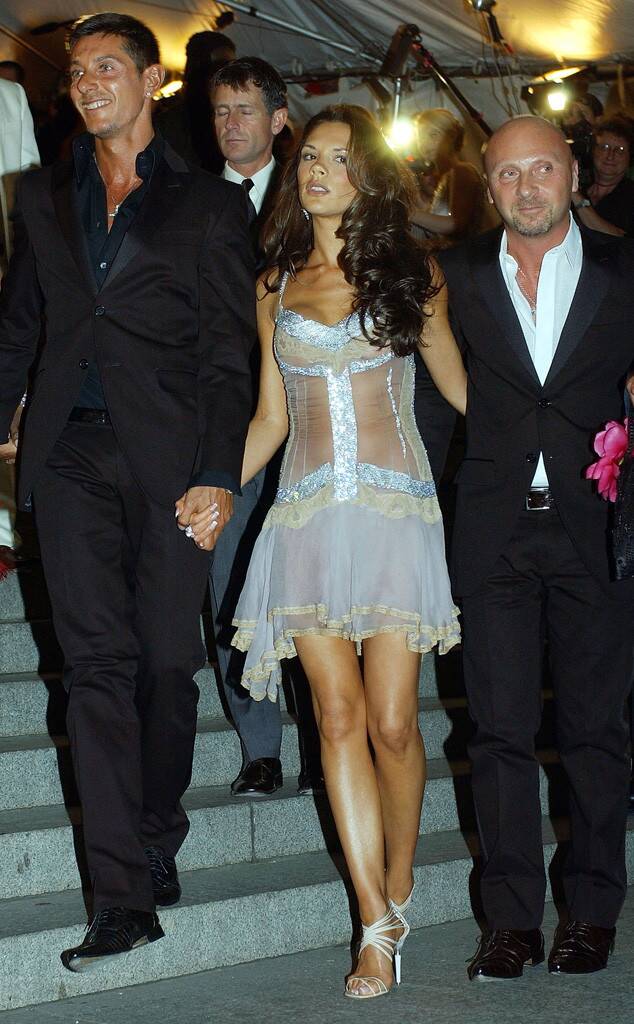 Victoria Beckham's wearing Dolce & Gabbana at the 2003 Met Gala is probably not just one of the worst looks from Gala, but surely from the former singer herself too. 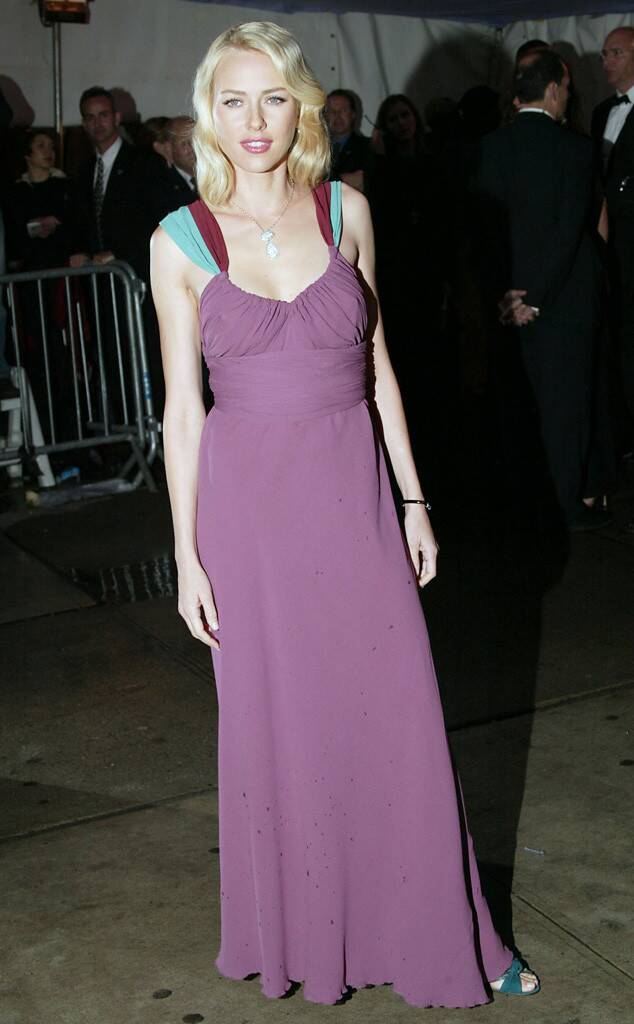 Actress Naomi Watts in Marc Jacob at the 2004 Met Gala is just plain boring and will probably go down as the worst Gala dress in the history. 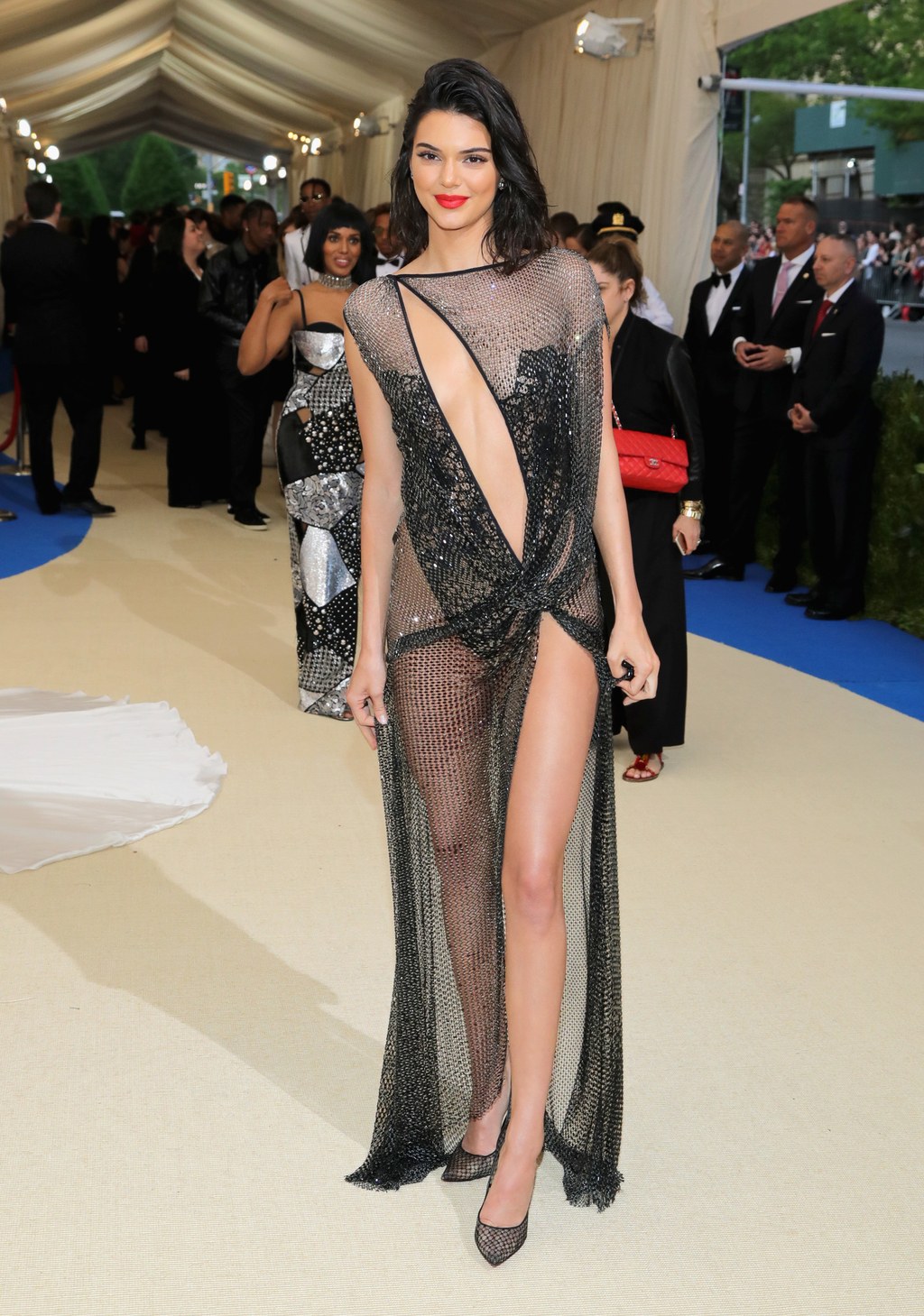 Kendall Jenner could have better wrapped a fishnet around her body at the 2017 Met Gala event. 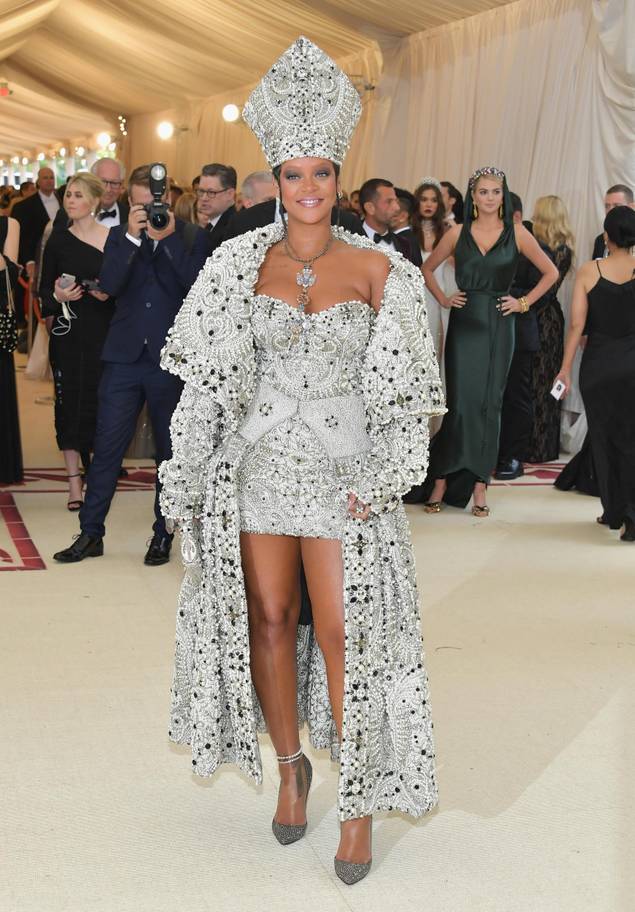 Rihanna's Met Gala dress last year gathered tons of attention and appreciations but it also became a topic of controversy when a portion of the Catholic people found her white epic dress religiously offensive because they found a resemblance of the Pope in the dress. 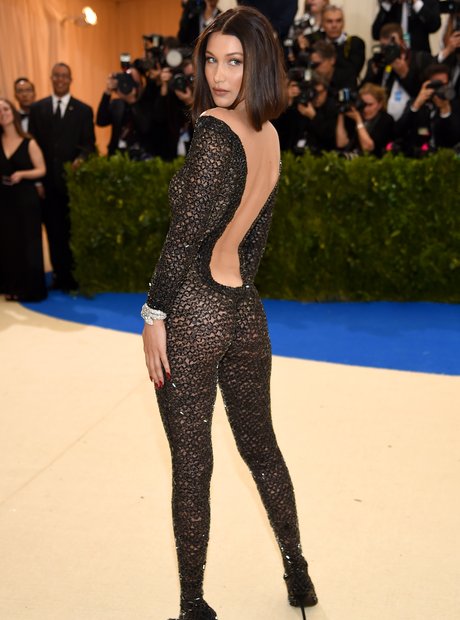 What's better revenge than looking better and stealing everyone's attention right in front of your ex and his new girlfriend, right? This is the pretty much case of supermodel Bella Hadid when she arrived at the Met Gala 2017 in one of the most unique dresses at the event, a skin-tight black glittering catsuit designed by Alexander Wang. Hadid turned heads at the same events where his then-ex-boyfriend The Weekend turned up to with his then-girlfriend Selena Gomez.

Also read: The Best And The Worst Dressed Stars At The Billboard Music Awards Red Carpet 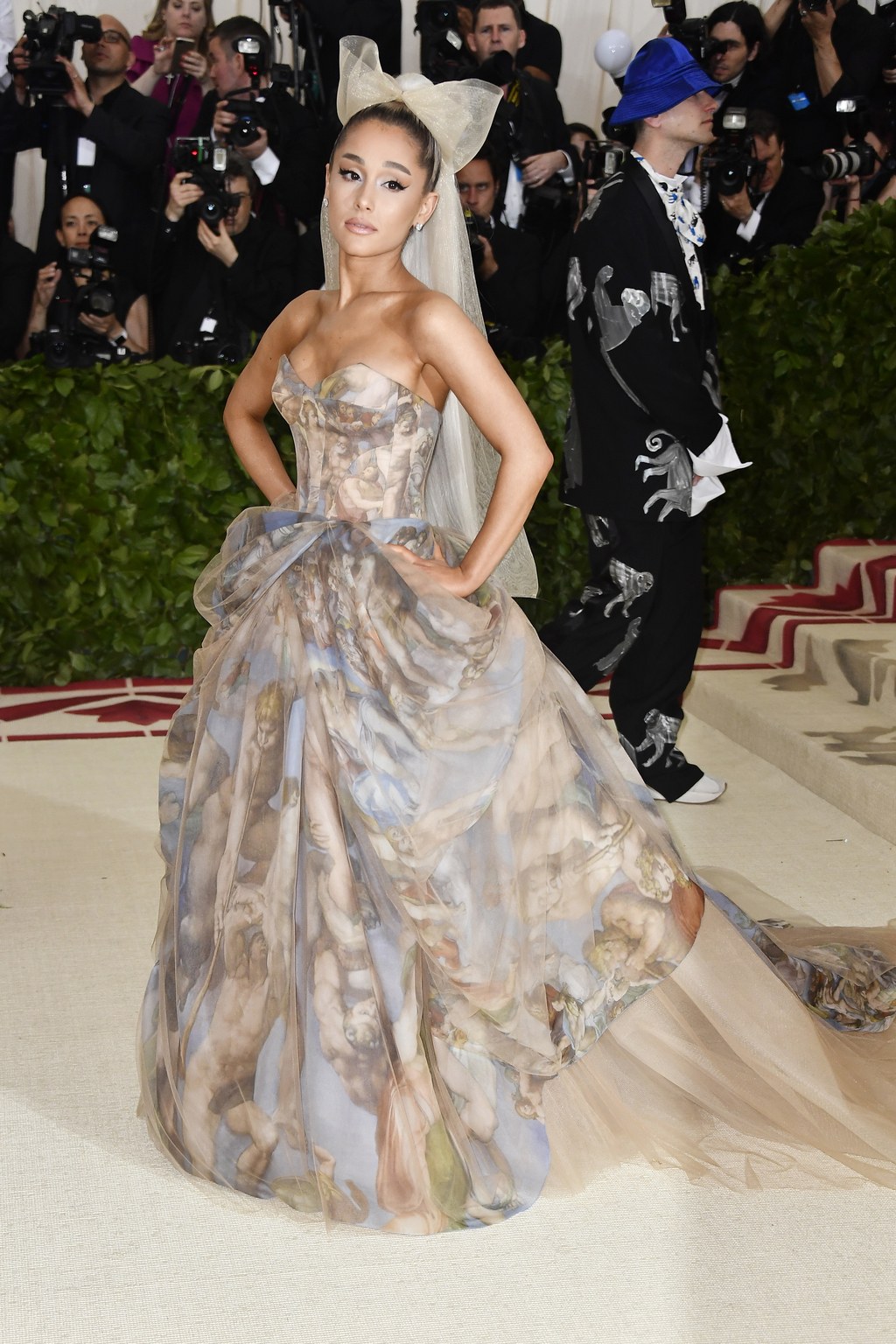 Ariana Grande's first-ever Met Gala attendance of her life can be considered pretty much success when she strictly stuck with the event's theme and her infamous 'God Is A Woman' concept. Grande truly perceived herself as an angel in a white colored princess dress designed by Vera Wang. However, people were offended by the white tulle veil she had on her head as the white veil carries religious values for Catholic women. But, we're sure, Grande certainly wore that to keep up with her signature ponytail hairstyle.