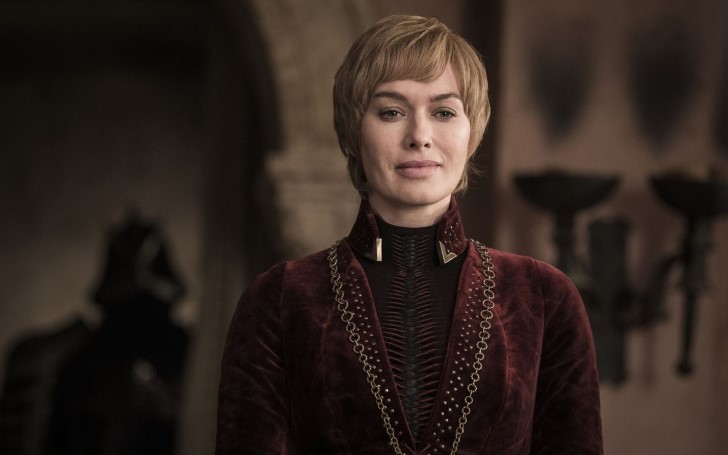 Only two episodes remain in the final season of Game of Thrones, the first of which once again comes from director Miguel Sapochnik, the man who helmed the incredibly dark episode, "The Long Night" of the very season. Given the Sapochnik choice and the massive stakes on the line, it's safe to say that his final episode (in the series) will be a very fatal affair.

Considering the forces at play and almost every character being more open to death than ever, here's who we expect will die in the Last War.

The Commander of the Unsullied Army 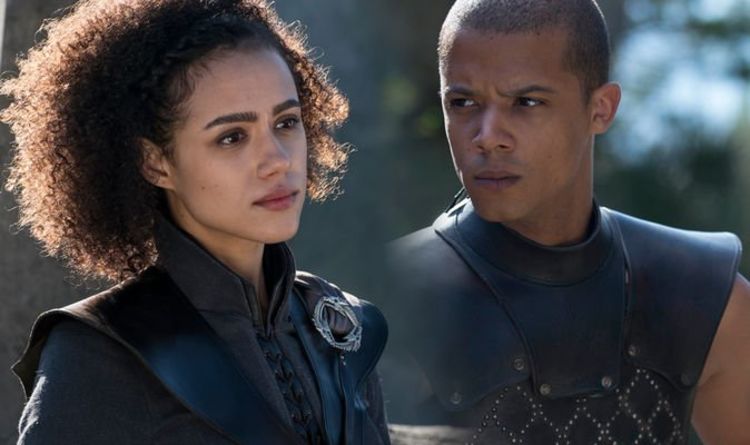 Greyworm may have lost all his desire to live following the death of his love Messandei.
SOURCE: Daily Express

The only thing "Greyworm" (Jacob Anderson) ever feared was losing "Missandei of Naath". Now, he's lost her — which means he's got nothing to lose from here onwards. Grey Worm will throw himself all into the battle for the Iron Throne, taking down huge quantities of enemies on the way, but he may also want to reunite with Missandei after he has defeated all his Queen’s foes. A happier alternative: Grey Worm survives one more lethal attack, lives through the battle and ends up marching down to Naath to protect the island's people, just as he once promised his long lost love prior the battle of Winterfell. 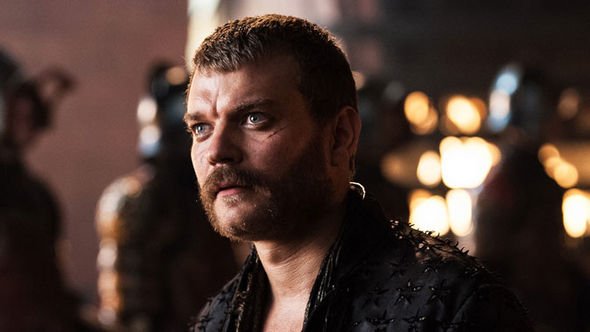 It's hard to say exactly how the monstrous Iron Islander will meet his demise, but his fate has been long predicted than any of the others’. "Euron" (Pilou Asbaek) is one of the few characters remaining in Game of Thrones with a higher certainty of death. Over the course of his time on GoT, he has managed to make as many enemies as "Queen Cersei" (Lena Headey) herself. In fact, in viewers speculations, he often ranks among the top 3 contenders to get slashed off in the next episode. 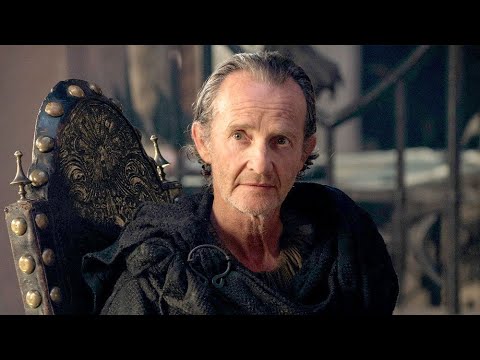 Quyburn once was the rogue Maester by the citadel but now is the hand of Queen Cersei.
SOURCE: Youtube

Another character whose death feels all but necessary is the rogue "maester" of the citadel, "Quyburn" (Anton Lesser) who is also the existing hand of the queen, Cersei. Given his extreme cunningness and intuition, he contrastingly may also be the only character to make it alive through the final battle, but considering the fact that even the mightiest characters have choked to death in the most ridiculous way, it’s not out of the box to think Quyburn dying at the hands of the most underrated identity. 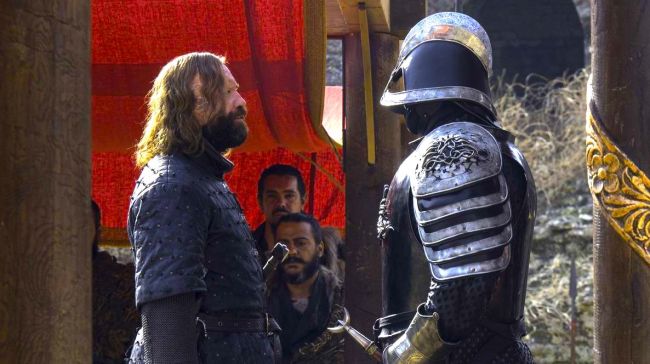 "Clegane bowl" may be the sole reason why GoT writers bothered to save the Hound so far. "Mountain" (Hafþór Júlíus Björnsson) may be the strongest character in the world of Game of Thrones, but "Sandor's" frustration (courtesy of his older brother, mountain) has been burning inside of him for as long as he could remember. So, killing off the culprit behind the scarred life, Sandor was compelled to live with is the only and best justice out there for his arc. 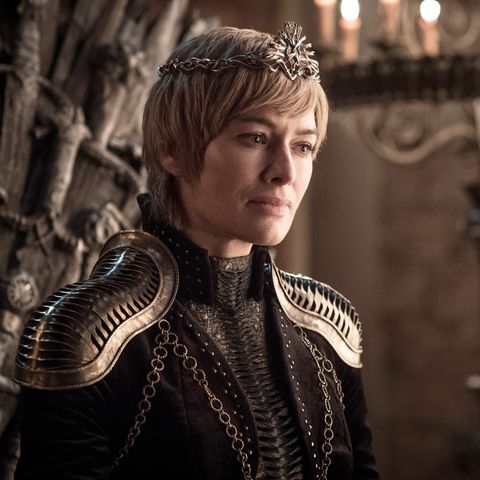 Cersei Lannister has long been destined to die in the Game of Thrones finale.
SOURCE: Digital Spy

Initially, "Cersei" seemed destined to die in the final episode, but with the narrative surrounding Daenerys at this point, it feels more likely that there will be two different battles for the Iron Throne—the one we expected between her and Cersei, and another between her and those who think "Daenerys" (Emilia Clarke) is absolutely going "Mad King" mode.

With only two episodes left, those wars are likely to occur in one episode each, with the last possibly happening between Daenerys and "Jon Snow". And for that to take place, Cersei has to die in the next episode. The only question is; will she meet her end as forecasted or simply during the course of the battle? 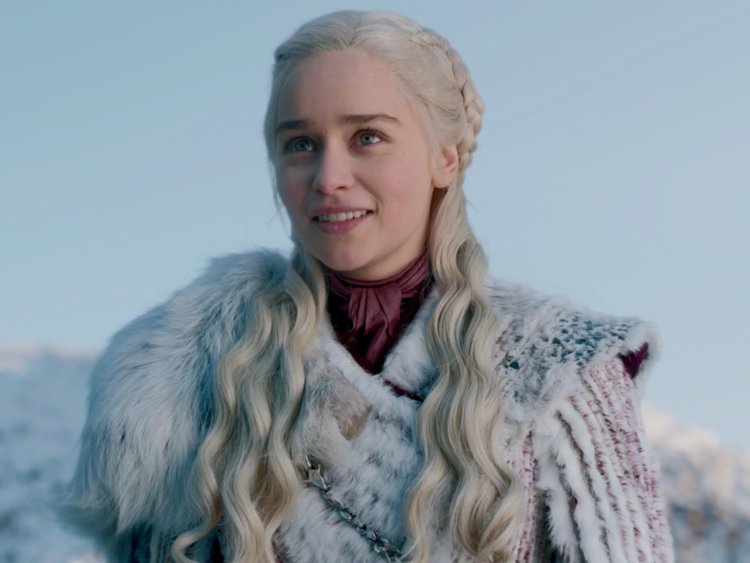 Daenerys Targaryen is becoming more and more like her father, Mad King in the recent episode of Game of Thrones.
SOURCE: Insider

With so much recent loss and despair, it's easy to picture the scenario where "Daenerys" does not emerge out as the triumphant in the coming war. If she loses, it's unlikely she flees back to "Essos". "Rhaeghal" and "Messandei’s" death have likely compelled her to go erratic; one that a soldier would do but not a queen; she has already lost more than half of her armies and forces.

Yet she is eager to charge into the Kingslanding more than ever. And often so a war is won by instinct rather than a plan; the latter which as of now, is being carefully shown by Daenerys' rival, Cersei instead. A much likelier story: death for Daenerys, whether shot out of the sky or otherwise consumed by Cersei's wraths. As the war between the two queens escalates, the possibilities of their assured destruction have increased significantly.