home Movies & TV Shows How Will Blade Work In The MCU?

How Will Blade Work In The MCU? 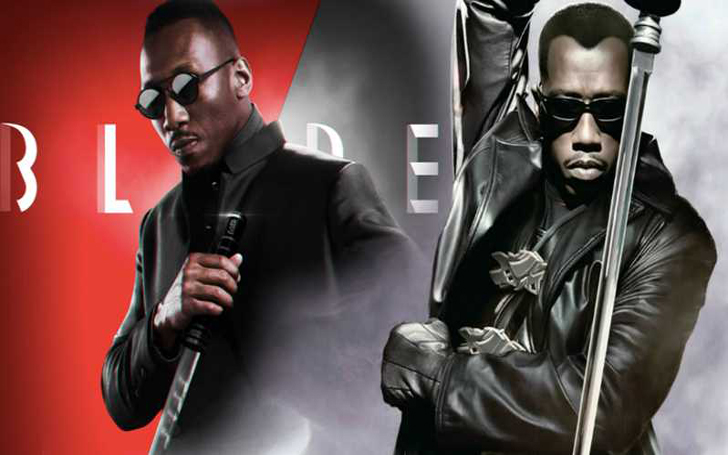 Kevin Feige’s appearance at the comic con to reveal the future of Phase 4 of the Marvel Cinematic Universe was expected. He took the stage and went to work as one after the other Kevin named some amazing movies making their way to cinemas as well as TV screens within the next three years. 'Thor: Love and Thunder' along with Natalie Portman was a surprise, and the revelation of Doctor Strange along with Scarlet Witch was a welcome development, but like almost all MCU panels of yesteryears, Kevin Feige saved the best for last.

Like the revelation of Josh Brolin as Thanos during the comic-con and Brie Larson’s announcement as Captain Marvel, the best surprise at the comic con ever was during the end of 2019 SDCC of Marvel panel. Kevin teased Fantastic Four and Mutants, but then he called to the stage two-times Oscar-winning actor Mahershala Ali and together they announced Blade would be making a return. Talk about a surprise announcement!

Watch: The comic-con panel of Blade

Now the hype died down, and the surprise sunk in there is one massive problem about bringing Blade to the Marvel universe, the character is a hard R-rated character. Blade is all about vampires and blood-sucking and ripping people open, and Blade uses a huge sword to cut a person into pieces which isn’t what Disney is all about. So, how do you make a Blade movie which will fit inside the MCU without crossing the hard PG-13 ceiling set on all Disney films which include Star Wars, Indiana Jones, and Marvel universe?

The first way they can possibly achieve an MCU version of the story is by making the movie a tightrope walking PG-13 movie, where they push the boundaries up to where they can push the rating board to give them a PG-13 rating. This is also the easiest way to lose fans, who are already on the fence about Wesley Snipes not returning to play the character. The movie can use various methods to make the violence look less gruesome and get themselves a toned down rating, but this will make everyone uneasy about watching the film after loving the Snipes version for over a decade.

Watch: The first appearance of Blade in the big screen

Also, there is the problem of Blade not having control over the words he speaks as his character is out there he needs to say some swear words which is a huge no-no for the studio. They might get some of the blood and cutting scenes past the MPAA but swear words are not going to get through.

There used to be a time when Marvel used to release adult and PG-13 content through subsidiary studios which primarily dealt with adult-skewing movies. So, the newly acquired Fox studios can act as a buffer for Disney to release R-rated content which will make the fans happy and they will also get to fulfill their promise of release only R-rated version of Deadpool.

This is the way to go for the studio; if you tone down the blood and don’t show the Daywalker chopping some vampire's heads, then you are calling trouble at your doorstep. No one, in particular, wants to see a PG-13 version of Blade because people who were allowed to read the Blade comics and people who watched the original Blade are all adults and the best way to make sure people don’t show up for the movie is to make it anything other than R. And Fox studio gives Disney a perfect way to use the name as well as not tarnish their own brand.

The other way Disney can bring Blade to the MCU is by making the character into a TV show instead of a movie. Just imagine for a second, we never heard Kevin say Blade is going to be a movie so maybe TV is the route to go. Disney fully controls Hulu so they can use Blade as an R-rated TV show which can be inside the MCU but in the TV realm. Disney+ announced five TV shows coming to the new streaming site and Blade could be a new show for Hulu, and they can make the series in the same vein of Netflix’s Punisher. If it is made into a TV show, then people get more Blade, and you can make it as R as you want it.

But this is all hinging on the fact we are getting the movie as Marvel is not as erratic as DC when announcing future projects but then they also scrap projects which they feel like don’t fit into the mold of the MCU. We love Blade, and we want it in glorious R-rating on the big screen, and if it is a PG-13 version then we are staying home and if Marvel scraps the project then there will be some angry fans who will likely skip the MCU altogether. Whatever way they want to make the movie, they are free to, but it better be R.