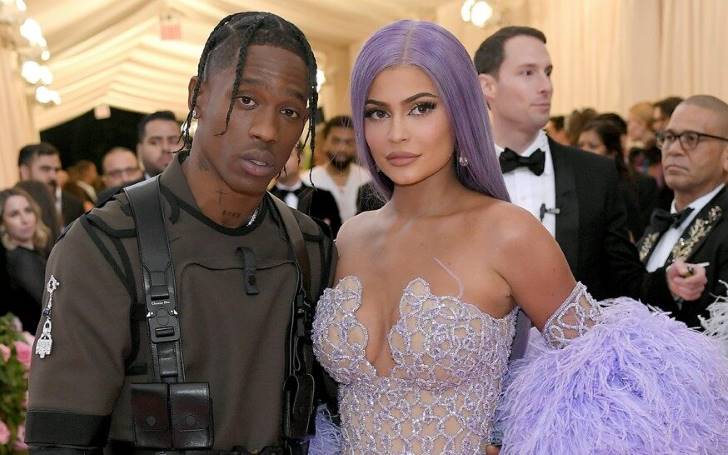 Kylie Jenner kills it at the 2019 Met Gala in a lavender glittery Versace semi-sheer gown.

Whilst the rest of the world is stunned by Zendaya and her Cinderella-themed gown at the 2019 Met Gala, we thought it wouldn't harm much to divert our focus to Kylie Jenner.

As you see Kylie didn't disappoint us at this year's Met Gala as she opted to turn up at the ceremony with her risky lavender see-through dress designed by none other than Versace.

Recommended: The Most Controversial, Basic, Best and Worst Met Gala Dresses of All Time 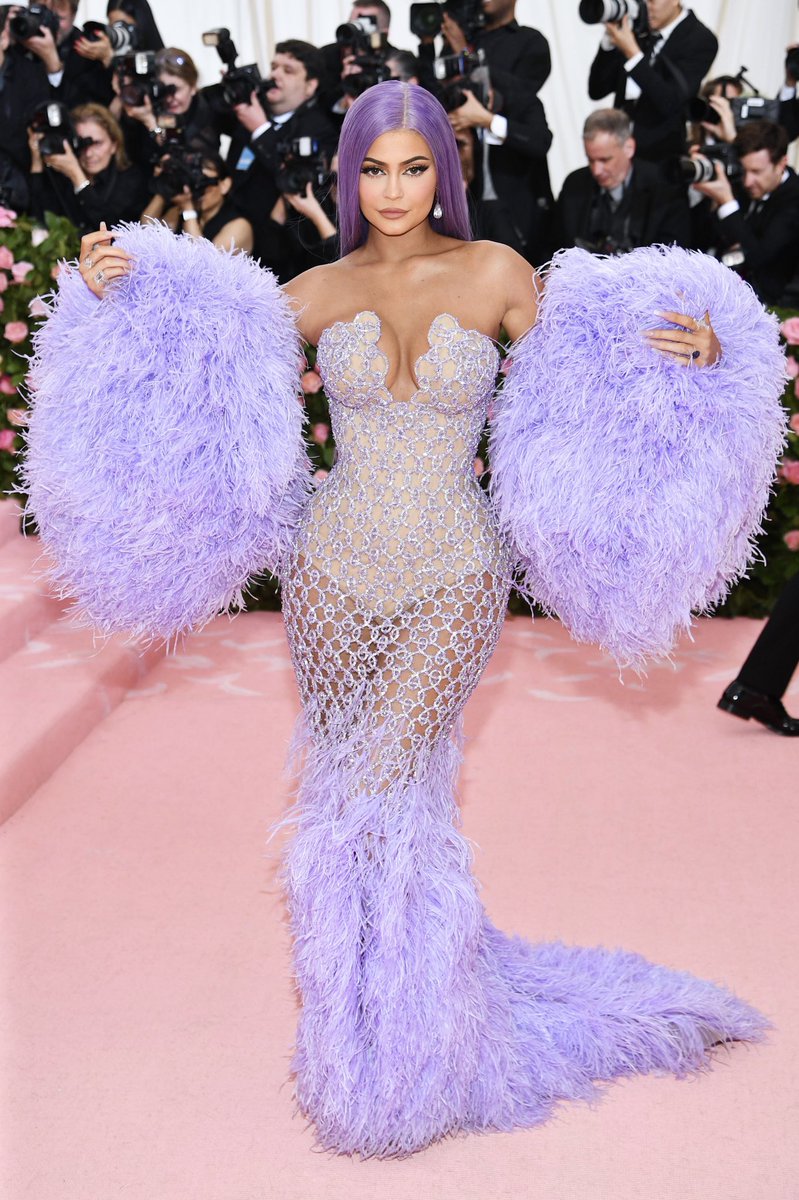 Kylie Jenner at the 2019 Met Gala in Versace.
SOURCE: Versace

The skin-tight ensemble's neckline resembled mermaid's top that showcased her cleavage as she dazzled the red carpet in a lavender wig to match her Versace look.

Making sure to flatter her big curves in the full feathery and netted piece, the 22 years old went lowkey for the accessories.

The mommy of Stormi Webster only wore a few collections of rings on her fingers and a pair of sparkly baby purple diamond earrings. 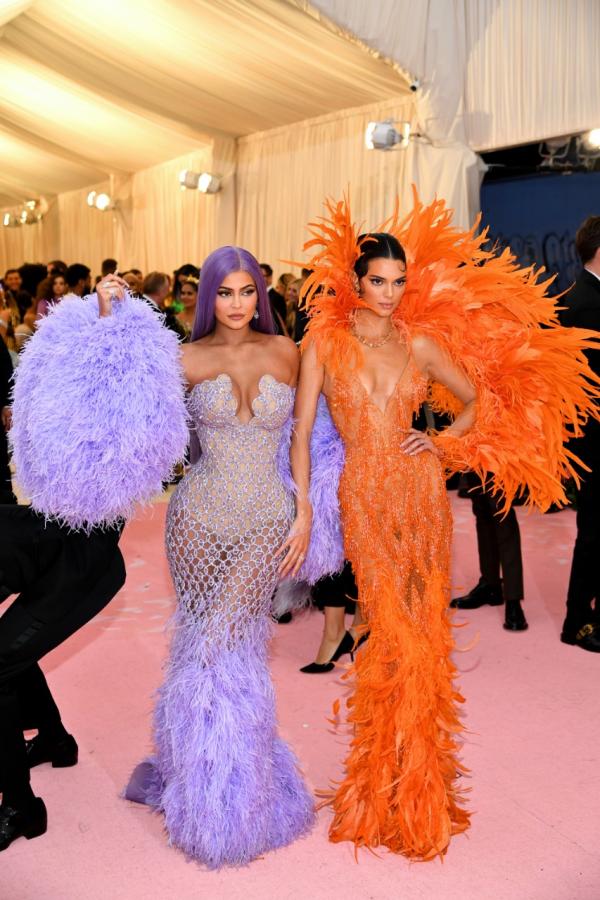 The Jenner sisters at the 2019 Met Gala.
SOURCE: Pinterest

Jenner was then joined by her own model sister Kendall Jenner who partnered up her lil sister in matching orange ensembles created by the same designer, and boyfriend Travis Scott who looked smart in a brown suit.

The 23 years old supermodel opened up to E! sharing that they wanted to come up with a matching look with the help of Donatella Versace.

Also see: Dannielynn Birkhead, 12, Attended The 2019 Kentucky Derby With Her Father And Paid Tribute To Her Late Mother Anna Nicole Smith With Her Look

"We decided together on it and came up with a fun vibe with Donatella [Versace]. We're happy with it and we went for it," said Kendall.

Both of the Jenner sisters took to Instagram and shared some glimpses behind the backstage stories for their Gala preparation as well as some of the hottest pictures taken at the event. 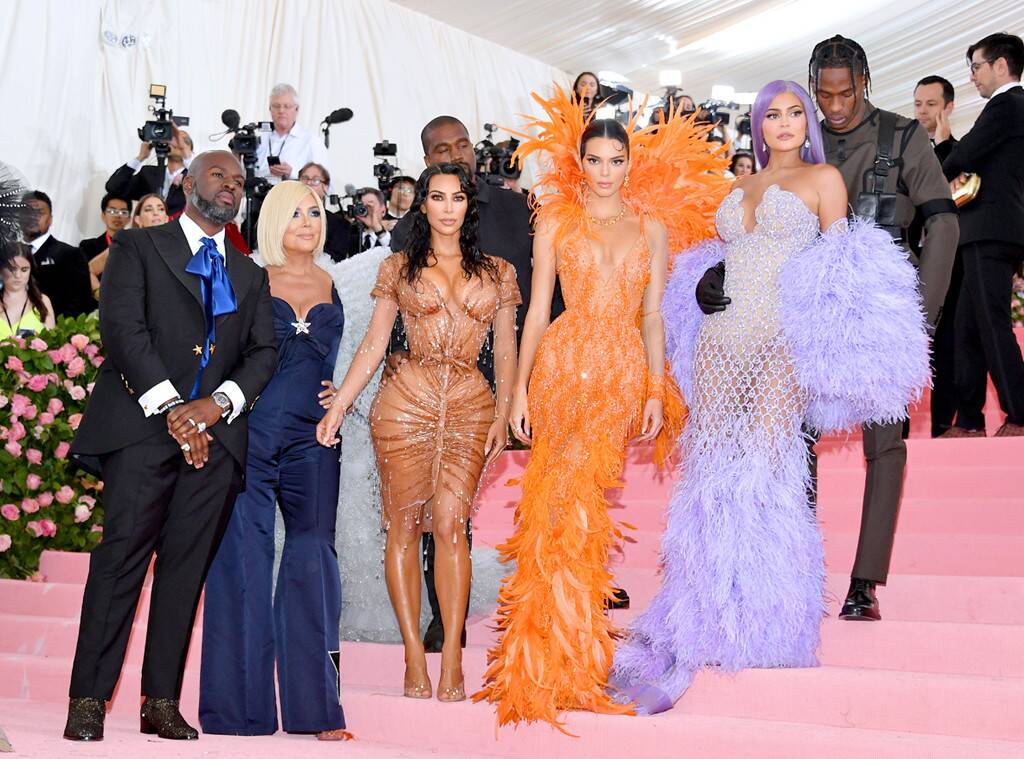 As for sister Kim Kardashian, she dazzled herself in a skin-tight golden caramel shimmering gown. The law student hit the red carpet with husband Kanye West.

Momager Kris Jenner looked equally stunning in a blonde bob wig and a navy blue jumpsuit that likewise featured huge wings over the shoulder. Kris brought her date too as she attended the Gala with her boyfriend Corey Gamble.

Don't miss: The Best And The Worst Dressed Stars At The Billboard Music Awards Red Carpet

Meanwhile, the internet found some resemblance of Kendall and Kylie's outfits to White Chicks' lead actors and the evil stepsisters of Disney's classic princess, Cinderella.